A Sense of Place for Toddlers

Young children have a unique sense of the world that can be difficult for grown-up architects to grasp. 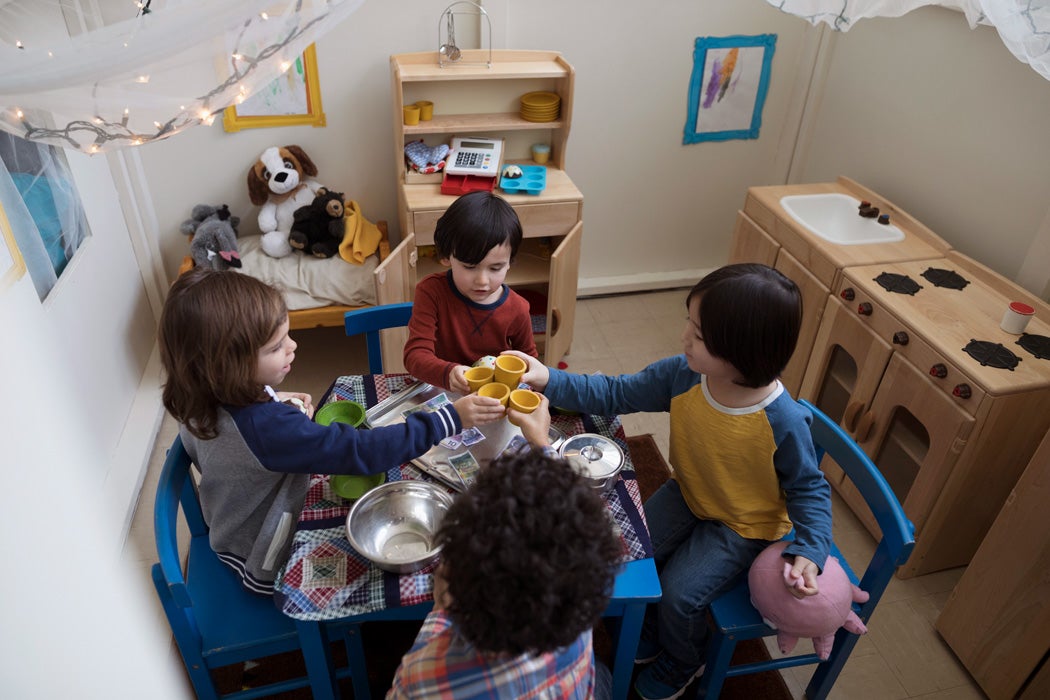 When we talk about good childcare and preschool, we often focus on curricula, adult-child ratios, and training for caregivers. David Kennedy, a child and family studies scholar, argues that another important element is the physical design of childcare spaces.

Kennedy points out that young children are different from adults in ways that—given our near-universal amnesia regarding early childhood—are hard for grown-up architects and designers to grasp. For infants, he argues, “space” is “fundamentally personal, interlocutive, and interactive, a multisensorial space of action.” In fact, he argues, a baby’s environment is defined not by any static objects but by the people who hold and care for them. Even four, five, and six-year-olds retain some sense of the world as a living thing, without firm boundaries between the internal self and the outside world. For these children, waking space and dream space are less separated than they are for adults.

Education should help children to see themselves “in” their environments rather than “set against them.”

And yet typical school architecture, with its “fanatical, impoverished regularities,” represents a “denial of the unique form of children’s experience” and a “lamentable monument to adult egocentrism.” At the same time, Kennedy notes, play spaces that cater to children’s desires are also inappropriate for early childhood education. An ideal space for this purpose, he writes, “must interact with the child in a way that both lends itself to the child’s characteristic manner of being in the world, and also draws the child forward, through childhood toward an optimal adulthood.”

What exactly is an “optimal adulthood”? For Kennedy, this means an adult identity that retains some of that childhood sense of connection with the external world, while also becoming capable of intentionally transforming that world. Drawing on the Western Romantic tradition, he suggests that education should help children to see themselves “in” their environments rather than “set against them.” For that, he writes, the best model would fall somewhere between the home—a sacred, private, empowering space—and an institution—an impersonal, social environment.

Like a good home, the space should be unfinished, with room for children to transform it. “So the bare platform in the clearing invites my act of dramatic transformation,’” Kennedy writes. “Confronted with a chalkboard at just her height, the young child will fill it with runic signs which gleam with inchoate, archetypal meaning.”

He argues that an optimal learning environment must be embedded in the natural world, with gazebos, porches, and other transitional spaces. At the same time, it should offer a variety of spaces—not just areas designated for particular activities like the classroom, the stage, and the workshop but also “special places—the window nook, a textured wall, a small interior courtyard.”

Those of us who can remember such a tiny, special place from our own childhoods may see why Kennedy views design as a key element of early education.