Workplace Burnout is Nothing New

Doctors were talking about the dangers of chronic stress, exhaustion, and anxiety back in 1909, predicting dire consequences if the symptoms were ignored. 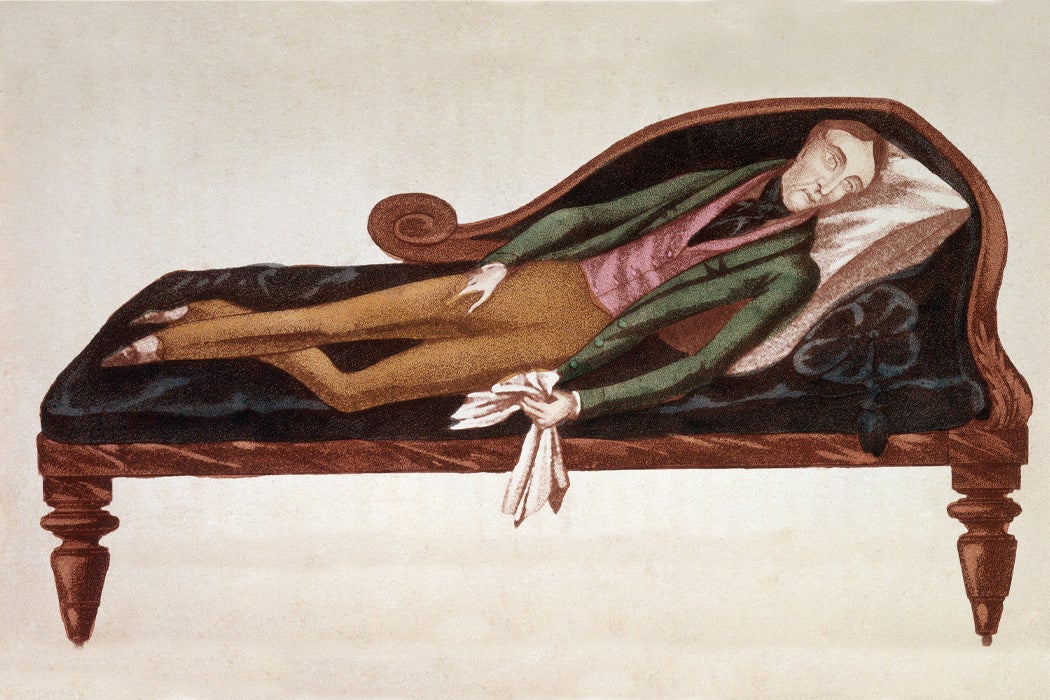 “Neurasthenia” was once the diagnosis used to refer to a spectrum of symptoms, from fatigue to depression to anxiety. Also called nervous exhaustion, nerve deficiency, or nerve weakness, it was a burgeoning problem when the term was popularized by neurologist George Miller Beard in 1869. He didn’t characterize it as a curable disease, but as a distress signal from a brain assailed with and overcome by the hefty demands of a fast-paced, urban life. (The condition was also called “Americanitis.”) Now we call that special melange of exhaustion and hopelessness resulting from chronic stress “burnout,” and it’s the scourge of workplaces everywhere.

In 1909, the British Medical Journal ran a commentary on the multiple manifestations of neurasthenia across the population, writing, “Doctors have daily opportunities of observing the steady spread of neurasthenia.”

“Other neurasthenics are shy to the extent of becoming paralysed before the simplest demands of social life.”

They describe students who become “victims of intellectual overwork,” and list their complaints (familiar to anyone under the pressure of today’s demanding curriculums): headaches, sleeplessness, an inability to concentrate. The write, “they are haunted by fear of the examinations which loom before them like spectres.”

In other cases, they describe what sounds like what we might label generalized anxiety: “Other neurasthenics are shy to the extent of becoming paralysed before the simplest demands of social life.”

In the workplace, neurasthenia would show itself in an unstable and unhappy work pattern, which today might be viewed as passion, eccentricity, or merely just a particular working style. But in 1909, “hustling” was viewed as the warning sign of a short-circuiting coping system:

In professional life neurasthenia shows itself in over-eagerness to succeed by short and often questionable cuts, in alternating paroxysms of exaltation and depression ; in oversensitiveness to criticism, which reveals itself in a tendency to rush into controversy about things that do not matter; and in premature breakdown. In business it shows itself in “hustling”; every one is in a hurry either to make money or fame, or both.

The writer gives other examples we’d recognize today, including a growing cultural focus on themes of “adultery, suicide and neurosis,” and increasing prevalence of people acting in ways that are “violent, passionate, impulsive, with little or no power of self-restraint; this is the class by which the crime passionel is looked upon as not only justified but as a virtuous deed.”

Today, we may lament about how stressed we are and how hard our students work. Perhaps as a culture we are beginning to see the profound danger in pushing ourselves constantly to the limits. After all, the World Health Organization recently added “burnout” to its official handbook of diseases. Still, on an individual level we tend to secretly revel in our busyness and anxiety.

The British Medical Journal article, on the other hand, expresses a genuine terror as to where this madness may lead. “Ancient Rome was brought to ruin by neurasthenia, which sapped the tough old stock and left it an easy prey to barbarians,” writes the author. “Social observers have noted in us today most of the signs of decay that were visible when Imperial Rome was tottering to its fall.”