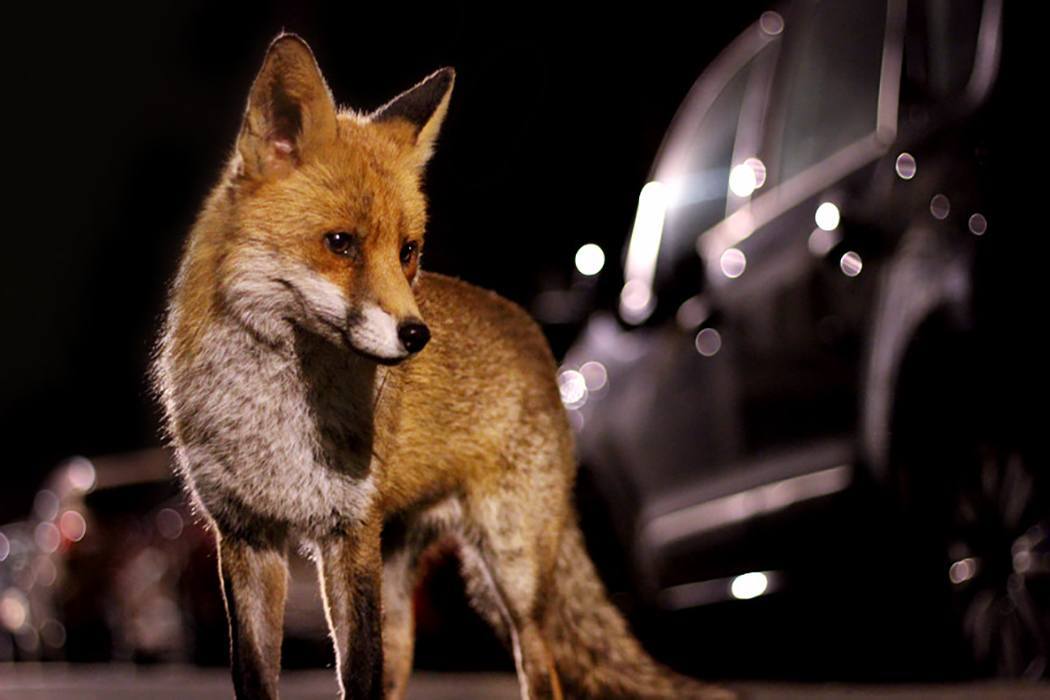 On an otherwise typical residential street in Bristol, U.K.—large houses within arm’s length of one another, bright nebulae of light from streetlamps, occasional trees—a red fox pokes its head over a garden wall. It scans the road with sharp amber eyes. In the deserted nighttime cityscape, a human would look out of place, but the fox’s alert, confident gaze conveys a sense of belonging. The more I look at the photo, the more the initial dissonance fades. I sometimes forget that I don’t need to travel to a remote field site to find wildlife. Often, it exists in a parallel universe right under my nose. Photographer Sam Hobson, who has based his career on capturing haunting images of wildlife in cities, put it better in an interview: “But to me, the background is part of the story, and it’s a more interesting story. Why take humans out of it?”

Human alteration and activity can be observed on 83% of the planet’s terrestrial surface.

Estimates vary, but the consensus is that urban areas occupy as much as 3% of earth’s land area, and human alteration and activity can be observed on 83% of the planet’s terrestrial surface. For wildlife, navigating human-dominated habitats is driven more by necessity than curiosity.

The peppered moth is probably the most famous example of evolutionary adaptation to city life. The species is named for its coloration: a light grey body and wings flecked with black. During the nineteenth century, however, a new, all-black form of the same species began to appear. These darker moths, which had never been observed before the mid-1800s, occurred at a higher frequency in urban areas. In most animal species, genetic variation naturally produces some darker or lighter individuals—think albinism in humans—but these variants are usually only a small percentage of the population. Peppered moth populations in urban areas could be up to 90% melanistic. The explanation, supported by experimental study, turned out to be a distinctly urban example of natural selection. Buildings in cities were stained with coal smoke, and darker moths were less likely to be seen and eaten by avian predators. However, as coal was phased out toward the end of the twentieth century, the dark form of the peppered moth all but disappeared from the population.

Not all species evolve as quickly as insects, but cities act as laboratories for evolution and adaptation for a whole suite of wildlife species. Recent research suggests that, within the last few centuries, mice in New York City have diverged genetically from their rural counterparts. Cities can also favor the spread of particular species with fortunate genetic histories. The Eastern coyote, a recent arrival to cities throughout the Eastern U.S., is the result of hybridization between the Western coyote (which is smaller-bodied and lives in large packs) and the Eastern wolf (which is larger-bodied and lives in small family groups). The hybrid’s intermediate size, small packs, and willingness to travel and forage in modified habitat have made it better than either of its counterparts at adapting and spreading through densely-populated urban areas.

On the other hand, human intervention can also help facilitate the urbanization of wildlife. The peregrine falcon, which uses the sheer faces of urban skyscrapers as an analog to its natural cliffside nesting habitats, is one high-profile example. Over the last 50 years, peregrines were rescued from extinction through captive breeding programs, in which individuals raised in captivity were re-introduced into the wild. When avian predators prevented release efforts at natural nest sites, breeders turned to urban release sites, which offered ample pigeons to prey on and few natural predators. Reproduction and the survival of nestlings were actually higher in cities than at rural sites, and captive-bred peregrines and their descendants often colonized new urban habitats rather than returning to the cliffs. Peregrines in cities have even switched to nocturnal hunting, using artificial light to feast on disoriented songbirds.

Although stories of adaptation present an encouraging picture for the future of human-wildlife coexistence in urban spaces, species that thrive in cities are still the exception rather than the rule. Most of the species that thrive in urban environments are predators with generalized diets. Cities tend to be harsh: hot and dry with only fragmentary remains of natural habitat. Increasingly, conservationists have been looking for ways in which cities could better adapt to the needs of wildlife. Small green spaces, wildlife corridors and road-crossings, and even wastewater ponds offer productive habitat, while also allowing animals to take advantage of urban resources. Meanwhile, demystifying urban wildlife through research and photography—or through wildlife celebrities, like Los Angeles’s resident mountain lion—represents an important step in reminding the public that urban areas support non-human, as well as human, residents.

Sam Hobson, the photographer, sees public awareness as a key aspect of his own work. “We get disconnected with nature. If you can try to make people not think of wildlife as something that exists outside of that city, perhaps they won’t lose that connection.”

Share Tweet Email Print
Have a correction or comment about this article?
Please contact us.
Juliet LambRE: WildwildlifezoologyJournal of Applied EcologyNortheastern NaturalistThe Quarterly Review of BiologyThe Wilson Journal of OrnithologyYearbook of the Association of Pacific Coast Geographers 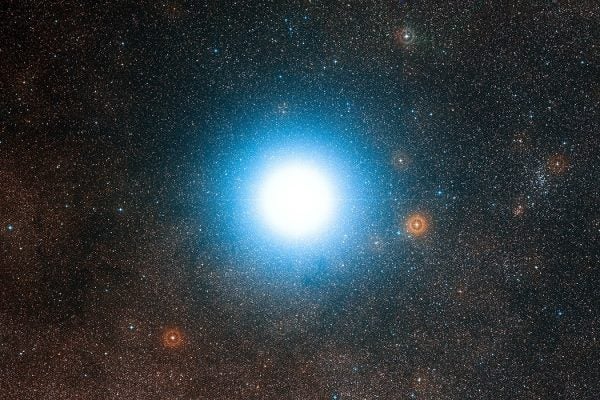 A group of astrophysicists think they have found a way to send a probe to the newest star system, Alpha Centauri.