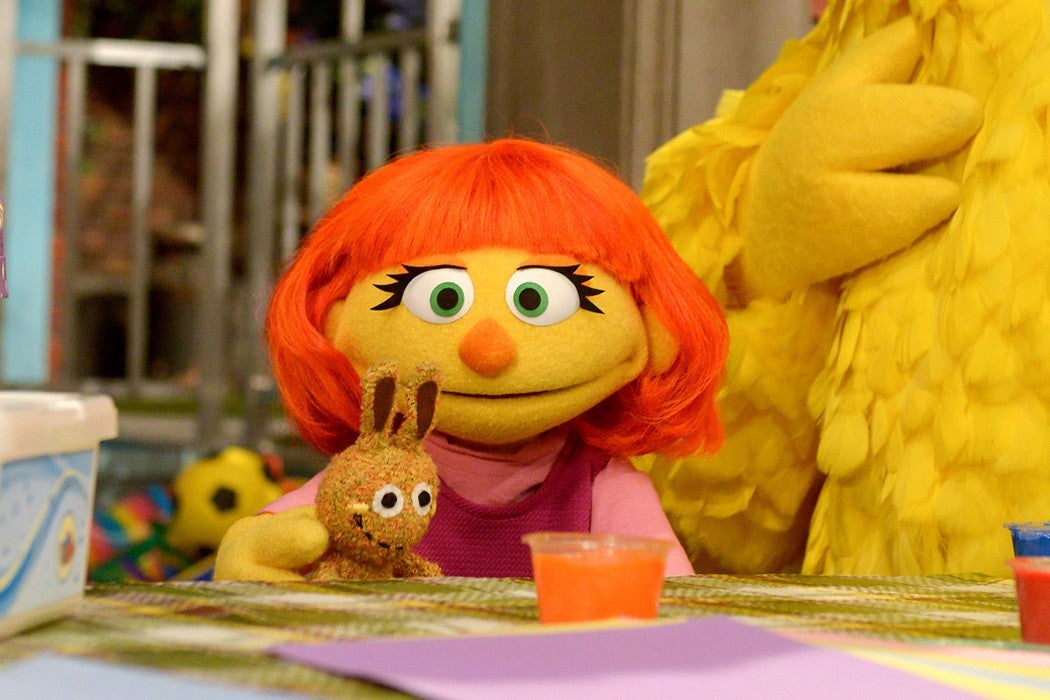 Last month, Sesame Street welcomed a new resident, a little muppet with fiery red hair and huge eyes. Big Bird ambles up to introduce himself, only to find Julia oblivious to his greeting. Big Bird’s friend Alan explains that she’s not ignoring him, it might just take her a little longer to answer. “She does things just a little differently, in a Julia sort of way.”

Julia’s quirkiness, Alan explains, is because Julia has autism.

Julia’s arrival on the street is part of an effort to be more inclusive of all children, increasing tolerance through representation. Mainstreaming children with autism has long been a challenge for parents and educators, explain Amanda Boutot and Diane Bryant: “Students prefer peers with whom they have something in common, who are more like themselves, have good social and communication skills, who are leaders academically and athletically, and who do not exhibit extreme behaviors.”

These ingrained preferences can work against children with autism. While the spectrum includes a range of behaviors, known autistic traits include fixations on objects, a resistance to change, decreased communication skills, lack of eye contact, injurious behaviors, delayed academic development, and limited emotional capacity.

Sesame Street doesn’t shy away from making Julia slightly different.  Julia’s mannerisms include flapping her arms and being acutely sensitive to loud noises. She repeats the last thing she hears her friends saying, and makes little eye contact. (The puppeteer behind Julia, Stacey Gordon, has a son with high-functioning autism, preparing her well for the role.)

Nonetheless, Julia fits in just fine on Sesame Street, a scenario that is happily possible to replicate in real life. Boutot and Bryant’s study shows that children with autism who are integrated into a mainstream setting can show little difference in social standing next to their peers.

Indeed, one student who was known to show aggressive behaviors and tantrums nonetheless scored high on social measurement ratings, with researchers suggesting that “training the students underwent early in the year may have impacted their perception of their peer with autism in the class, making them more accepting of this individual and his problem behaviors.”

Sesame Street can’t replace real-life interaction between neurotypical and autistic children. However, presenting different manners of interacting and normalizing adjusting behaviors can disabuse children of the idea that because their peers are differently abled, they are too awkward or foreign to befriend.

For example, in a skit where Elmo plays with Julia, she doesn’t respond to his overtures to interact with the doll he’s playing with, preferring to focus on her own. “We can play side by side like we do sometimes,” says Elmo happily, changing tactic. “There’s lots of ways friends can play.” 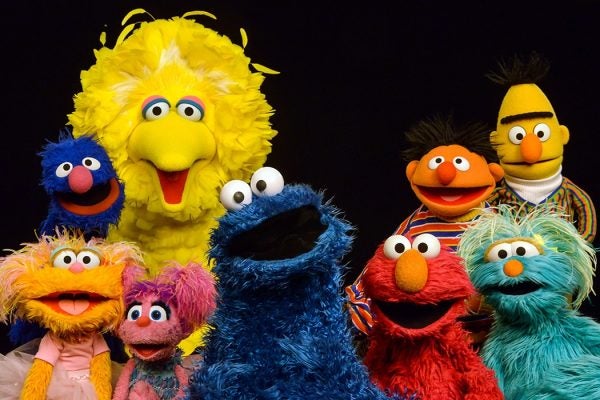 Sesame Street's original purpose was to use TV to deliver research-based educational techniques and prepare low-income kids for school.