“Social problem” films were all the rage after World War II. So how could movies about racism be so conservative? 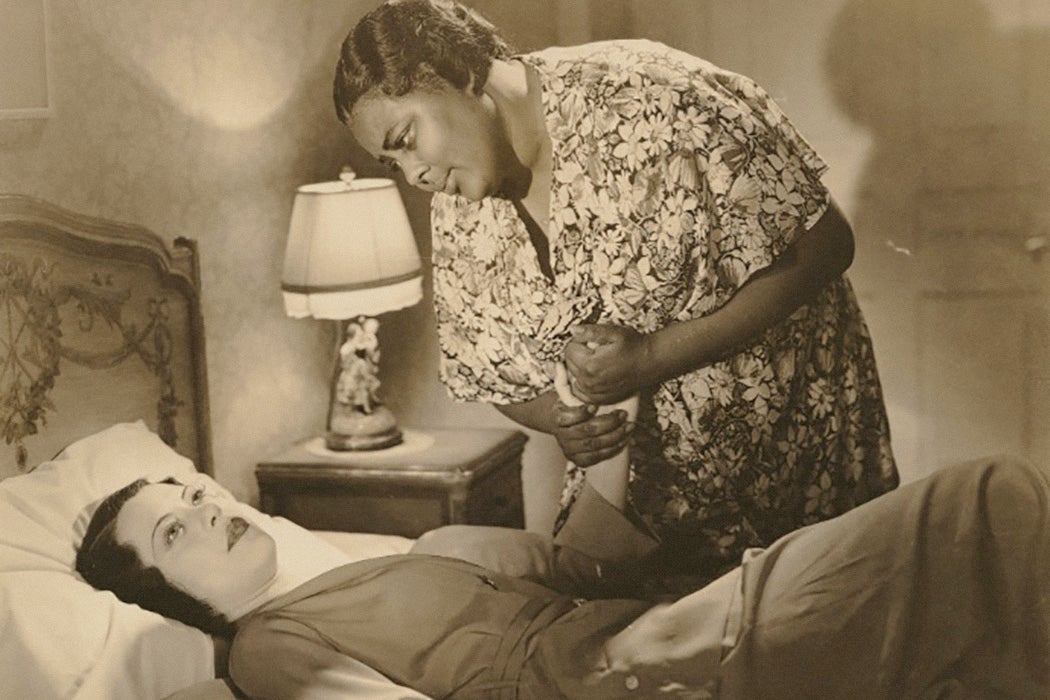 Fredi Washington and Louise Beavers in a scene from Imitation of Life
via NYPL
By: Matthew Wills
3 minutes
Share Tweet Email Print

After World War II, Hollywood tried something new: realism, tackling social problems like mental illness, drug addiction, anti-Semitism, and racism. But as media-studies scholar Karen M. Bowdre argues, films “about” race and racism “often focused on the concept of passing, a Black character claiming his or her White heritage while denying any African ancestry.”

Passing movies also tended to cast white actors in the roles of mixed-race characters who passed as white. But that wasn’t the case with the original version of Imitation of Life, made in 1934. Fredi Washington made history by being the first Black actress to play a character (“Peola”) who passes as white. Even more unusually, two Black children were cast to play the part of Peola at ages three and seven.

The Production Code Administration (PCA), the industry’s self-censorship office, was roiled by director John Stahl’s casting choices. The PCA’s “voluminous” file on the film is filled with references to miscegenation, which isn’t a topic of the movie, but presumably would be raised by white viewers who would want to know why Washington looked so “white.”

Actor Monte Hawley noted that he was too light-skinned to be cast in many Hollywood movies as Black but too dark-skinned to play a person passing as white.

“The PCA was not just concerned about Peola passing […] but was also equally anxious (if not more so) about this ‘white’ looking character who had a Black mother. Her physical body (and by extension of bodies of other Blacks who are not so easily discernible racially) was central to the PCA’s anxiety.” Nevertheless, Universal made the film as cast, with the role of Peola ultimately diminished.

Subsequent movies about passing strove to avoid friction with the Production Code by casting whites as Blacks. Lost Boundaries and Pinky, both released in 1949, were about passing, but without Black actors in the roles. Bowdre quotes actor Monte Hawley, who noted that he was too light-skinned to be cast in many Hollywood movies as Black but too dark-skinned to play a person passing as white.

Even as late as 1959, after the PCA’s power had been significantly weakened, the remake of Imitation of Life, directed by Douglas Sirk, didn’t cast a Black actor to play Sarah Jane, as the Peola character was now called. Production notes show that a hundred Black performers auditioned for the role, along with five whites. Susan Kohner, who was nominated for an Oscar and won a Golden Globe award for her portrayal of Sarah Jane, was not of African descent.

Bowdre notes that Peola wasn’t sexualized at all, but Sarah Jane was. To enhance the illusion of Sarah Jane’s identity, writes Bowdre, “her actions—her provocativeness and deceptiveness to entice White men—are what mark her as Black.”

With white actors and actresses selected to play Black people, “these stories privileged whiteness,” and “the characters, especially the Black roles, often re-enforced the U.S. racial hierarchy with simple dichotomies of Black performers being dangerous or violent and ‘good’ Blacks loving perpetual servitude and remaining in place.”

Indeed, while purporting to address racism seriously, these social problem films actually seem to have reinforced it.