It would have been easy for censors to just ban the racist epithet during the classical era of film. Here’s why it didn’t happen. 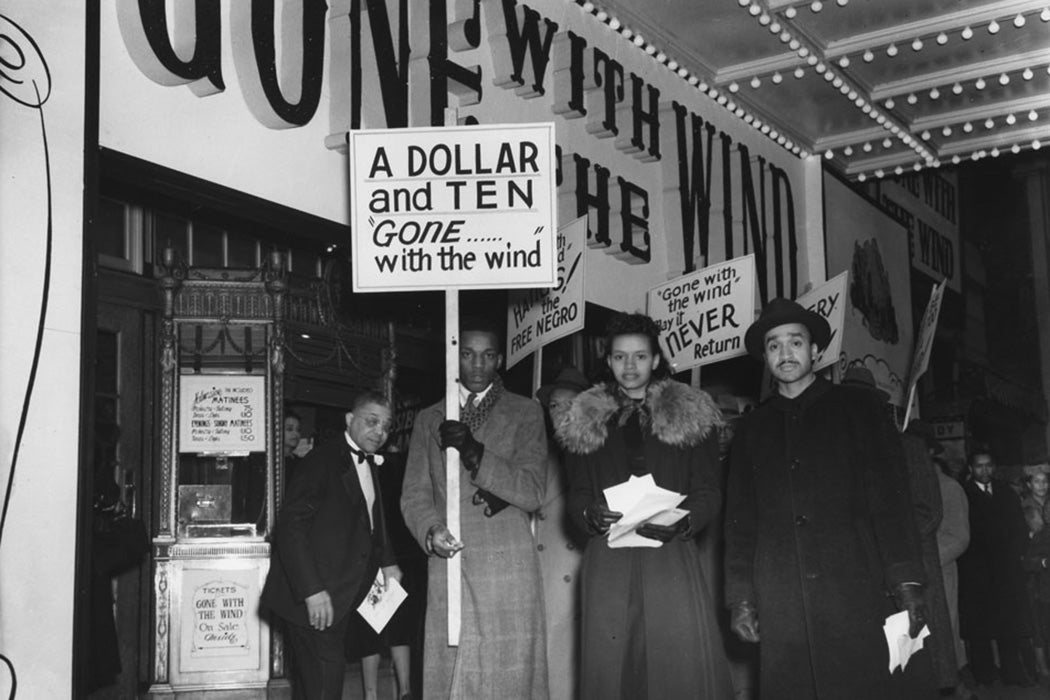 A protest of Gone With the Wind organized by the D.C. chapter of the National Negro Congress
via Flickr
By: Matthew Wills
3 minutes
Share Tweet Email Print

Behind the camera in the Hollywood of the 1930s and 1940s, you would have been able to hear the n-word being thrown around with abandon. Onscreen, however, things were more complicated, as the history of the studios’ Production Code shows.

The Motion Picture Producers and Distributors of America (MPPDA) was established by the industry in 1922, just as early movie studios and theaters faced possible local and state censorship for portraying risqé morality and for losing the public’s trust due to Hollywood scandals. The MPPDA set up a Production Code for the industry and began applying it aggressively in 1934.

Hollywood’s first Production Code was set up in the mid-1920s and was initially just a list of “Be Carefuls” and “Don’ts.”

Media historian Ellen Scott argues that it would have been “logical” for the MPPDA to simply ban the n-word, this “most direct insult to Black people.” However, the MPPDA’s self-censorship bureaucracy didn’t do that for decades, and then only half-heartedly.

Instead, the industry had a “surprisingly variable regulatory policy [that] more closely mirrored the generative censorship strategies used with sexuality and was only sometimes motivated by concern about Black spectators.” In other words, no hard-and-fast prohibition applied, and Black movie fans’ desires counted for less.

The studios’ practice of regulating this explosive insult—their shifting policies, their motivations, and how these affected cinematic textuality—is essential to understanding Hollywood’s evolving racial policy, one which took shape amid mounting civil rights mobilization and changing national discourses on race, racial inclusion, and racial naming.

Hollywood’s first Production Code was set up in the mid-1920s and was initially just a list of “Be Carefuls” and “Don’ts.” The final Don’t prohibited giving “willful offense to any nation, race, or creed.” When a more formal Production Code supplanted this list in 1930, the only mention of race was a ban on portraying miscegenation.

When white ethnic groups and even foreign embassies lodged protests against ethnic slurs onscreen, “foreign dignitaries” were hired “as advisors.” No such courtesy was shown to African American spectators. “Sizable Black protest” greeted the film Emperor Jones (1933), which used the n-word many times. The word was then used twice in Carolina (1934), and audiences greeted the newer film by throwing things at the screen in multiple theaters.

Protests against Carolina resulted in the inclusion of the epithet in a list of words that shouldn’t be used in films. From 1935 to the late 1940s, the word was mostly forbidden by Joseph Breen, Hollywood’s chief censor. It wasn’t bleeped, for instance, in the re-release of Emperor Jones. “There was a qualitative difference between how Breen treated African American spectators and white nationalities and constituencies,” writes Scott. Breen wasn’t working out of respect; he was afraid of “‘irrational’ Black rage (apparently proved by Carolina) and negative publicity.”

Demeaning portrayals and other racist terms were allowed without comment from Breen. Producers learned that racist caricatures of African Americans were fine was as long as that word wasn’t used. Breen also weakened the rare commentary on American racism in the movies to appease white southern audiences.

In 1945, the Production Code’s admonishment to treat “foreign nations” fairly was changed to “all nations.” But this wasn’t exactly a command to treat fellow citizens respectfully. Additionally, by the late 1940s and early 1950s, socially conscious “problem films” “began to present intense racial themes through a white liberal aesthetic.” The n-word now became a “way to defame its users and call attention to racism.” But having the villains say it didn’t necessarily make it better for all African American moviegoers. 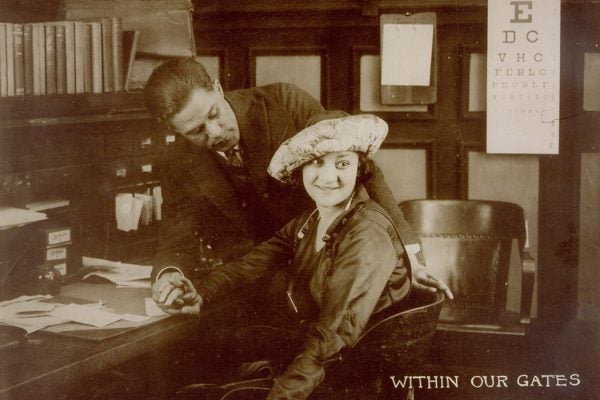