We use champagne to celebrate New Year’s Eve and other major events. But how did the sparkling wine get such cultural cachet? (Hint: marketing helped.) 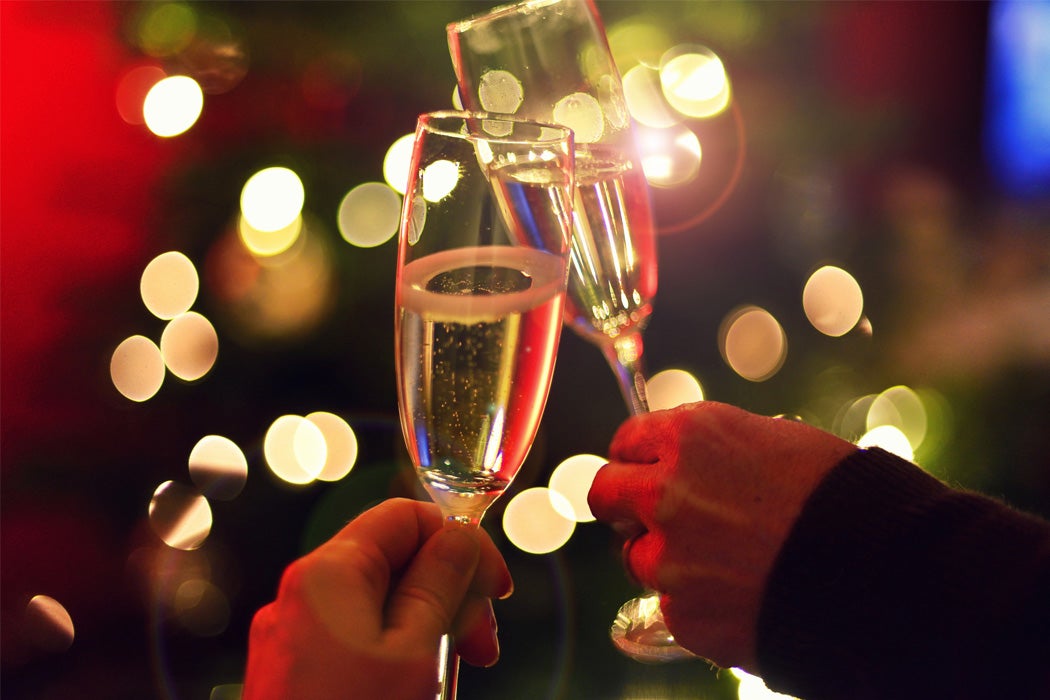 Nothing says ringing in the New Year—or toasting a wedding or celebrating a career achievement—like champagne. But why is that the drink we turn to for our major milestones? As historian Kolleen M. Guy writes, it all goes back to clever marketing during a turbulent time in Western history.

Between 1870 and 1914, industrialization and the rise of the bourgeois meant that social groups in the West were changing rapidly. Champagne merchant-manufacturers, known as négociants, managed to sell their sparkling wine as a way to define social standing in an uncertain modern world.

According to Guy, négociants had previously marketed their sparkling wine as a luxury for elites. In the eighteenth century, Claude Moët supposedly convinced Mme de Pompadour, Louis XV’s official chief mistress, of the wine’s suitability for all social gatherings. Another négociant rode through Moscow on a white stallion, convincing the Russian tsar to become a customer.

The trouble was that many champagne-making wineries had no actual connection to any French lineage.

During the nineteenth century, technological advances made it easier to sell wine over long distances. In lieu of face-to-face contact with their clients, négociants maintained the cachet of their family names with official biographies of their founders. When British writer Charles Tovey collected these biographies, he found that they portrayed négociant families as “a superior race, heroes, or something more, celebrated in song and immortalized in history.”

The trouble was that many champagne-making wineries had no actual connection to any French lineage. With German states providing the biggest market for champagne before 1850, French winemakers had recruited German apprentices and sales staff, only to have them start their own firms. By the later part of the century, some of the most prominent champagne négociants had names like Koch, Heidsieck, and Walbaum.

Regardless of their origins, some négociants linked themselves with nobility through strategic marriages. “Both the titles and the symbols of nobility could be added to the firm’s name or logo, giving it an air of distinction and evoking a connection with a preindustrial tradition that could be more comforting than the dizzying reality of the industrial world,” Guy writes. By the 1880s, champagne labels often featured gold lettering or family coats of arms, as well as words like “royal,” “marquis,” and “prince.”

The industry also created a myth around Dom Pierre Pérignon, a monk who died in 1715 and was resurrected more than a century later as the supposed inventor of sparkling wine. Even though champagne was produced with modern, almost industrial, methods, the marketing gimmick helped present the wine as part of a stable tradition.

This cachet was just what economically and socially ambitious Europeans and North Americas were looking for in the late nineteenth century. Restaurants and public banquets were becoming the site of business deals and marriage arrangements. In these settings, champagne offered a way to project a classy image. Champagne became a shorthand for significance and majesty at events from wedding banquets to launches of ships and airplanes. And that really did become a stable tradition over the century that followed.