When Sports Have “Death Waivers”

Obstacle courses can draw thousands of participants to a single event, but legal scholars say they need scrutiny. 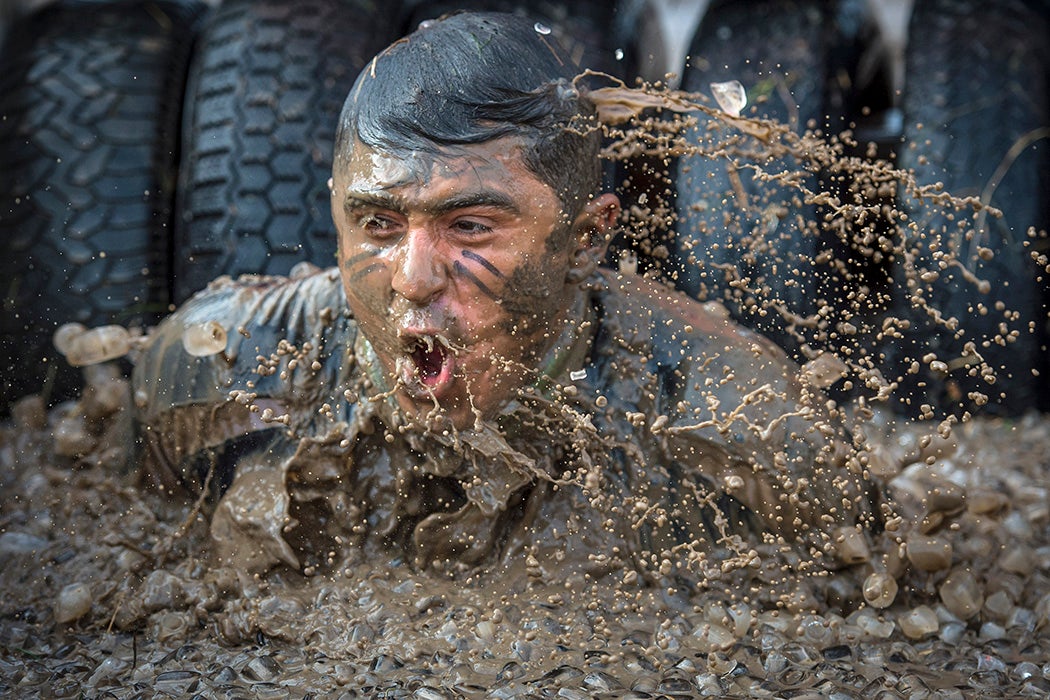 The thrill of the genuinely lethal sport is nothing new. (The running of the bulls, for example, may date back to 1592.) What has changed is our ability to make the riskiest, most elaborate sports widely available, regardless of training. As expected, incidences of injury and fatalities have risen accordingly. In the ABA Journal, Lauren Etter examines the phenomenon of thrill-seeking sports through one particular event: the Tough Mudder.

Tough Mudder events are races that are more like gauntlets, littered with obstacles that demand as much mental fortitude as physical strength. These include navigating through claustrophobically narrow, dark, and winding tunnels with no end in sight (“Trench Warfare“); a low-crawl through water under electrically charged wires (“Electric Eel“), and a sprint through flames (“Fire Walker“). If that dissuades you from wanting to try it, there are others who have the opposite reaction, with the race boasting 7,000-8,000 participants per event.

A Pennsylvania hospital received 38 patients after a Tough Mudder event.

It’s accepted that participants risk injury in an event like this. (As Etter points out, “Tough Mudder famously displays signs that read, ‘Remember, you signed a death waiver’ along some stretches of its courses.”) But in 2013, 28-year-old Avishek Sengupta became the first accidental death at the race, after he was pulled by rescue divers from a muddy pool, foaming at the mouth.

Sengupta’s death spurred a lawsuit. In another case, a Pennsylvania hospital received 38 patients after a Tough Mudder event. Occurrences like these have called into question the responsibility the race organizers bear.

Sengupta’s death was the only fatality at a Tough Mudder, but the race—and the extreme sports industry as a whole—has seen severe injuries rise. Etter notes that at a different obstacle-course race, in Fort Worth, Texas, one participant drowned. Other races have seen participants paralyzed, along with a panoply of other injuries reported after extreme sporting events, including “lacerations, burns, dehydration, hypothermia and heatstroke.”

But while this might deter the average person, it increases the lure for some potential participants. Risk isn’t merely something they accept; it’s part of the appeal.

Etter quotes Will Dean, the CEO of Tough Mudder, telling The New Yorker in 2014, “What Tough Mudder does well is things that shouldn’t be: I’m running in fire! I’m in a dumpster full of ice! I’m getting zapped with 10,000 volts of electricity! … People want to leave this event with a few cuts and bruises.”

The marketing for another event, the Spartan Death Race, made it clear. Etter reported that the event’s website, “which until recently had an address of youmaydie.com,” warned, “‘The Death Race … is a 48-plus-hour event that is created to break you physically, mentally and emotionally. All of you will enter, 90 percent of you won’t finish. Only consider this race if you have lived a full life to date.'”

This isn’t to place blame on the race architects or organizers. Tough Mudder, in fact, puts extensive effort into building in safety precautions and warning participants of the dangers and physical exertion the race requires. Rather, it identifies a very real niche market: athletes who sign up for events where they fully understand that there will likely be pain and injury, and are putting themselves in truly dangerous situations anyway.

Etter interviews legal experts who think that obstacle course organizers should indeed be scrutinized, eliminating all possibilities that could add to already high-risk endeavors. But how safe can we keep individuals who are seeking out danger? If danger is what lets them experience genuine enjoyment, as it seems to, glowing at the end of a skydive or grinning at the end of an obstacle race, is it anyone’s place to?

the few, the proud, the extreme: Extreme recreational sports are more popular than ever, bringing with them growing numbers of injuries and deaths
By: Lauren Etter
ABA Journal, Vol. 100, No. 6 (JUNE 2014), pp. 38-45
American Bar Association 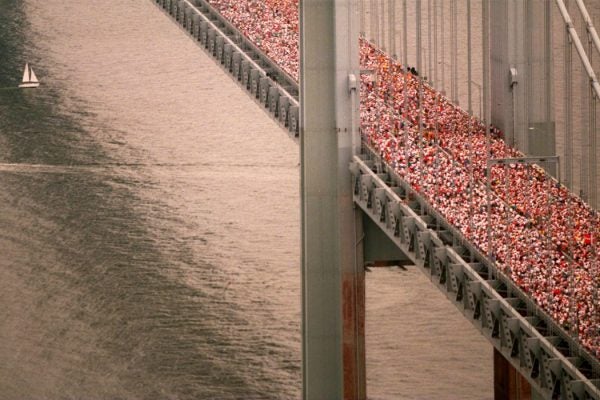 The Critique of Pure Marathon

Marathon entrants today are more likely to be seeking personal validation rather than competitive victory.