When Refrigeration Was Controversial

What the ordinary egg has to do with your refrigerator. 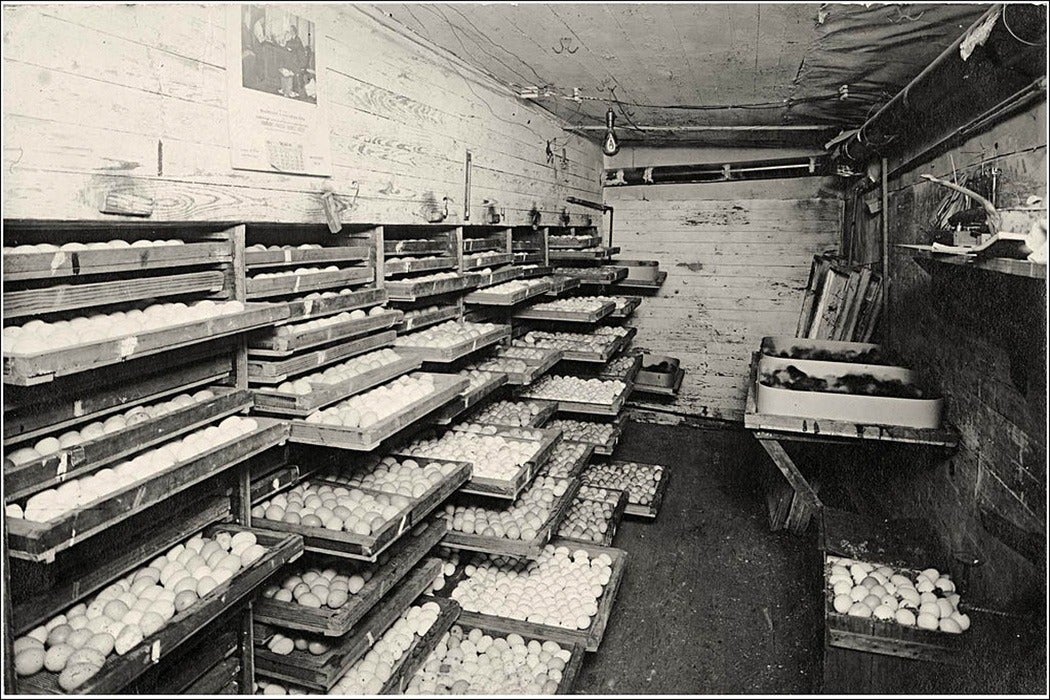 How eggs were stored at the Hastings Muskogee Hatchery in 1911
via Wikimedia Commons
By: Livia Gershon
3 minutes
Share Tweet Email Print

Imagine summer without the refrigerator: hot days with no cold beer, no ice for your lemonade, and…probably very little fresh food at all. Artificial cold is key to every part of our current food supply chain, from the farm to the grocery store to the table.

But when it was first introduced in the nineteenth century, industrial refrigeration faced public backlash. In a 2008 paper, Susanne E. Freidberg explains why, focusing on one ubiquitous refrigerated food: the egg.

To illustrate the importance of refrigeration for eggs, Friedberg notes that they used to be a seasonal food. Before modern breeds were developed, hens laid most of their eggs in the spring. That meant that fresh eggs were unavailable or very expensive for most of the year.

Artificial refrigeration promised a solution. By 1904, Friedberg writes, there were more than 600 cold-storage warehouses in the U.S. One facility in Boston had room for 150 million eggs at a time.

But many customers were unimpressed with these new facilities. That was partly because, at first, cold storage often wasn’t done very well. Warehouse managers didn’t always know what temperature was best for various kinds of food. Eggs stored for a long time sometimes developed a “fruity flavor,” probably thanks to being kept near apples.

Another reason for consumers’ distrust of refrigeration was actual untrustworthy behavior by companies within the increasingly complicated food supply chain. Some merchants put food into cold storage when it was already going bad. Retailers bought the stored eggs with what the Department of Agriculture characterized at the time as either “blind faith” or an acceptance of the situation as “one for which they were not responsible and which they could not remedy.”

Traditionally shopkeepers and customers would have assessed the likely quality of eggs based on the season and the reputation of the farmer, but now they had no way to do this. Often, they blamed cold storage itself for low-quality eggs.

The increasing economic power of large companies that could store millions of eggs also worried the public. When prices started rising rapidly in 1909, newspapers reported on a shady refrigerated “food trust.” One letter to the Washington Post that year complained that sellers colluded to keep prices high. “Cold storage is responsible for the prices they charge,” the writer argued. “They have thousands and thousands of eggs, but keep them in the refrigerator, in order to keep prices high.”

Warehouses, poultry producers, and the USDA responded with a pro-cold-storage PR campaign that included pamphlets and movies, and even free omelets at public health expos, but customers were not convinced.

Finally, poultry farmers developed a new technical solution. By breeding new kinds of hen, adjusting their feed, and using artificial light to trick them into thinking spring had arrived early, they created a steady supply of eggs throughout the year. 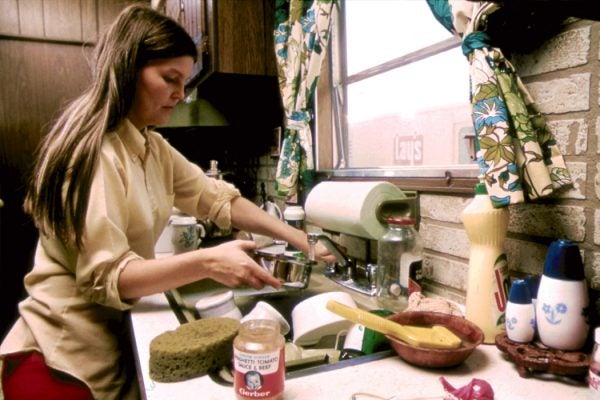 Feminism and "women's work" have looked very different for U.S. women depending on their class.