Feminism and “women’s work” have looked very different for U.S. women depending on their class. 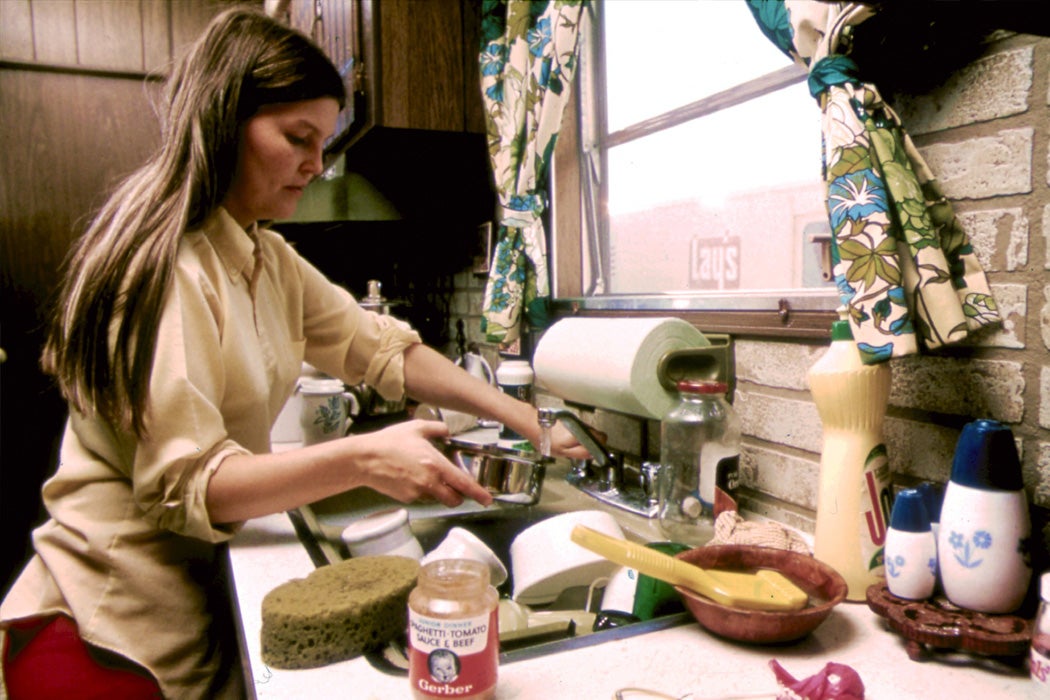 A woman in the kitchen of her mobile home in New Ulm, Minnesota, 1974
via Wikimedia Commons
By: Livia Gershon
3 minutes
Share Tweet Email Print

The potential election of the first female U.S. president in some ways represents the culmination of massive changes over the past half-century.

The early 1970’s were a particularly crucial moment in feminism. These were the years of Bella Abzug’s election, Ms. Magazine’s first issue, and the Roe v. Wade decision. But the changes that happened in these years looked very different for U.S. women depending on their class. In a 1979 paper for Social Problems, Cornelia Butler Flora looks at class differences through the lens of women’s magazine fiction.

Flora randomly selected stories published in 1970 and in 1975 from two middle-class women’s magazines—Redbook and Cosmopolitan—and two working-class ones—True Story and Modern Romances. Flora writes that one common theme in the stories she studied was the desirability of female dependence. For example, a women finds herself in a desperate situation, and her vulnerability attracts a powerful man who saves and marries her.

Five years later, the working-class magazines had changed only a little. Now, 33 percent portrayed dependence positively, while 39 percent depicted it in a negative light. But the middle-class stories had undergone a revolution. A full 63 percent now showed dependence as undesirable, and only 25 percent as desirable.

Women’s magazines from the 70’s differed in their feminism, depending on who was reading.

In one representative middle-class story from 1975, a woman leaves her unhappy marriage, gets a job, and debates how much of her energy to focus on a new boyfriend. Ultimately, she ends up alone—an outcome that is depicted positively.

Meanwhile, working-class stories increasingly featured women who found happiness either by reforming a man through her virtue or by choosing a stable working man over an attractive rascal.

Flora suggests the differences in middle-class and working-class stories were tied to different economic realities. Between 1970 and 1975, women who had graduated from college became 7 percent more likely to be in the workforce. For high school graduates without college experience, the increase was only 4 percent, and for high school dropouts, workforce participation actually declined.

Other research from the 1970s indicates that the meaning of women’s work was also different in different economic classes. For many middle-class families, a wife’s work was seen as a chance for fulfillment and a contribution to the household, complementing her husband’s income. In contrast, working-class families often viewed a working wife as a sign that the husband was an inadequate provider. As men’s wages began to decline, after hitting a peak in 1973, this may have been a particularly sensitive issue for many men and women to navigate.

As we celebrate the possibility that a professional woman will break the highest glass ceiling this year, it’s important to remember that women’s success means different things depending on which woman you’re talking to.

Changes in Women's Status in Women's Magazine Fiction: Differences by Social Class
By: Cornelia Butler Flora
Social Problems, Vol. 26, No. 5 (Jun., 1979), pp. 558-569
Oxford University Press on behalf of the Society for the Study of Social Problems 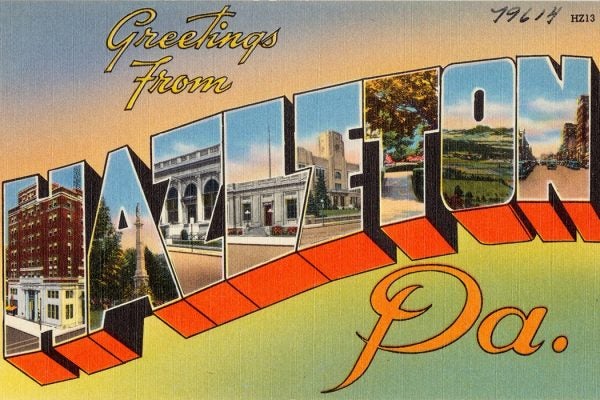 Could Immigration Save Middle America?

This election season has drawn enormous attention to the anxiety that many Americans in economically-distressed rural places seem ...