Because relics were understood to be capable of working miracles, any relic that was stolen must have wanted to be. 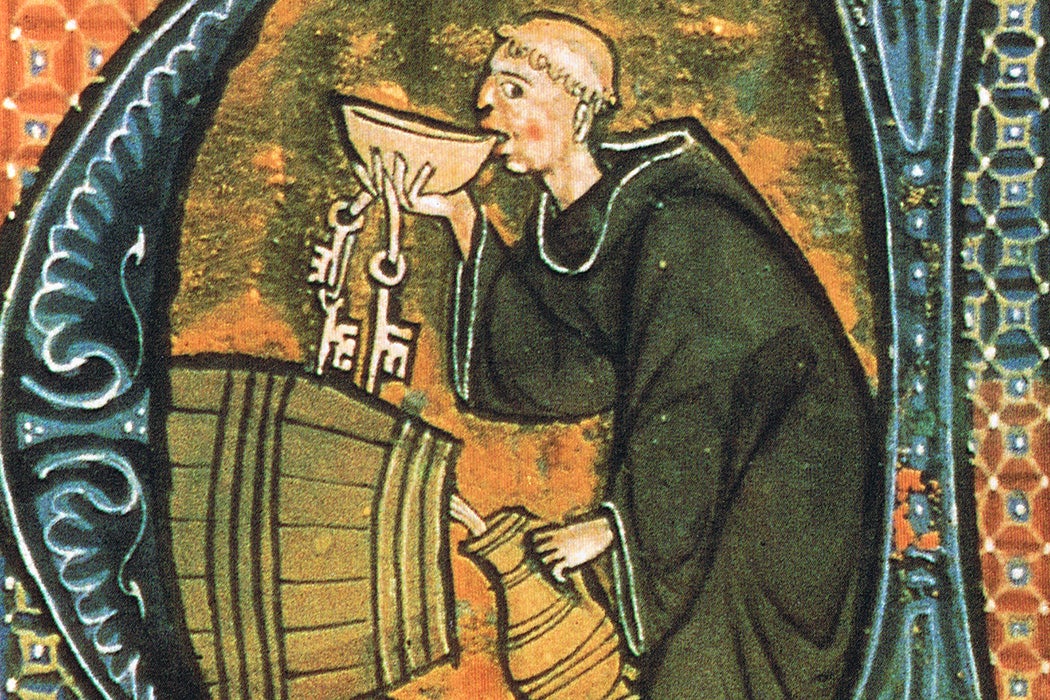 In the twelfth century, Bishop Hugh of Lincoln visited the monks of the Abbey of Fecamp. They showed him their most prized relic, the hand of Mary Magdalene. Bending close, as if to kiss the relic, Hugh snapped off a piece with his teeth.

Hugh defended himself by saying that no relic was more holy than the Eucharist, which passed his lips every Sunday. The monks were probably more upset, however, by the fact that he pocketed the tidbit he’d bitten off.

An impressive relic could put your town on the map, bringing in pilgrims, money, and prestige.

In fact, the bishop was participating in a proud tradition of relic theft. From the ninth to the twelfth centuries, this practice pitted one monastery against another in competition for fragments of famous saints. Relics offered protection in the form of miracles, but that wasn’t all: an impressive one could put your town on the map, bringing in pilgrims, money, and prestige.

No wonder some monks went to drastic lengths to secure them. Consider the case of St. Foy. The monk who brought her relics to Conques, a French commune, went undercover for ten years at the Agen monastery there, before seizing the chance to make off with St. Foy’s skull. This anecdote, from a collection of St. Foy’s miracles, illustrates the riches that a powerful relic could bring to a monastery:

[F]ew people are left in this whole region who used to have a precious ring, or brooch, or armbands, or hairpins, or anything of this kind, from whom Sainte Foy, either with a simple entreaty or with bold threats, did not wrest these same things for the work of the frontal, just as if she were a beggar, appearing to each one of them in a dream, in the form of a very beautiful, not yet adult girl. She demanded no less from the pilgrims who pour in from every direction. Therefore a frontal so beautiful and so large was produced with the gold and the stones that seldom have I been able to see a better elsewhere.

There even seem to have been professional relic dealers, like the mysterious Duesdona, who raided the Roman catacombs for holy martyrs to trade away. It was a good trade: a single saint’s body could be divided into many saleable relics. Theologians held that “the whole was in each part,” meaning that the saint was equally present in each fragment of their body, no matter how small. As Paulinus of Nola writes, “Wherever a drop of dew has fallen on men in the shape of a particle of bone, the tiny gift from a consecrated body, holy grace has brought forth fountains in that place, and the drops of ashes begotten rivers of life.”

Indeed, the saints—as embodied in relics—were very much alive to their communities. On one occasion, St. Foy (or her relics) performed so many miracles in a single day that her guardian monks never got the chance to eat:

[W]hen evening was approaching and they were thoroughly exhausted by the day’s service, they approached the tables… But, behold! Suddenly, before anyone could lay a finger on the first dish placed before them, a miracle was done. They had to get up and sing praises, lest in the absence of the usual formal celebration, the power that had been manifested should pass by unregarded. Again, when they were hurrying back to their abandoned meal, the arrival on the scene of a subsequent miracle constrained them to turn away from the returning path. Thus a third and a fourth time a miracle cut short the possibility of eating, so that they passed the day unfed, all the way til nightfall.

Relics were paraded through fields of failing crops, and marched out with soldiers into battle. Oaths were sworn on them. In lean times, people applied to them; in fat times, they thanked them. As Lionel Rothkrug puts it, “Even the pope, whatever theoretical claims were made for him, in practice owed most of his authority to the fact that he was the guardian of the body of St. Peter.”

Perhaps the strangest thing about relic theft is how open monks were about their capers. In fact, we know about it mostly because they wrote about it, quite unabashedly. There was a whole genre devoted to the topic of furta sacra (holy theft). Scholars contend that many of these tales were exaggerated or even fabricated outright. But that only makes the problem more perplexing. It’s strange enough to cheerfully confess that you or one of your brothers stole a holy relic. It’s even stranger to say so if you actually didn’t.

There are a few explanations. First of all, a story of theft could give an otherwise dubious relic a plausible backstory. Or the story could cover up other means of acquisition: theft might actually be preferable to commerce, which crassly reduced holy saints to the status of commodities.

But the most important explanation is a theological one. Because relics were infused with the living presence of a saint, capable of working miracles, they were perfectly able to stop a thief. Any relic that didn’t wish to be moved could simply become too heavy to lift, or cause all the doors of the church to spontaneously lock. By this logic, if a relic was stolen, it wanted to be.