When Is Cooking Fun?

Is cooking a daily grind necessary to keep a family fed, or a fun hobby? The answers lies largely in how home cooks approach the tasks at hand. 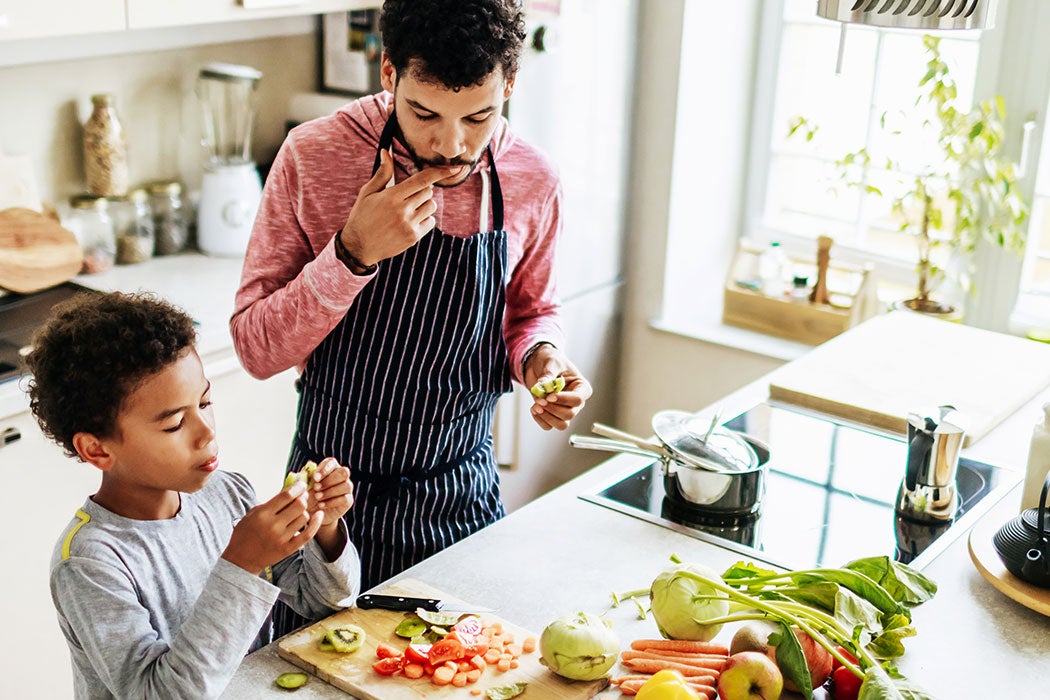 Some people find cooking to be a boring necessity, while others consider it a fun, Instagrammable hobby. To see how home cooks view this tension, sociologist Michelle Szabo studied thirty men living in Greater Toronto who did a great deal of the daily cooking in their homes.

Szabo found that many of the men interviewed found cooking to be an enjoyable activity. This trend transcended race and class lines and included men with demanding paid work who had little time to cook. What distinguished leisure cooking seemed to be three methods the cooks used, consciously or otherwise, to create pleasurable experiences in the kitchen:

But Szabo’s conclusion isn’t simply that cooking can be fun if we look at it the right way. She notes that the techniques her subjects used to define cooking as leisure just aren’t always possible for everyone.

Many of the men were able to cook in a relaxed manner because they didn’t have young kids.

One exception was “Dan,” who, as his family’s primary caregiver, was often in a kitchen full of squabbling children. Not surprisingly, he preferred to cook as quickly and efficiently as possible. “Dan” said taking care of all the cooking, as well as shopping and housework, sometimes left him feeling that his family treated him like a “maid.”

And yet Szabo found that none of the men thought of cooking as pure work or pure leisure. For example, “Dan,” also said that “if you cook and you put your heart into it… it’s like you[‘re] shar[ing] something meaningful.”

Szabo also found that some of her subjects had less fraught relationships with cooking than many women do since they “had some distance from the oppression that can accompany paid and unpaid domestic work for women, especially women from lower classes and poorer nations.”

Ultimately, Szabo concludes that pleasurable cooking is possible—at least some of the time—even when it’s also a daily necessity. But it requires both the cooks’ willingness and ability to relate to the task in a positive way, and also circumstances that allow them the time and space to do so. 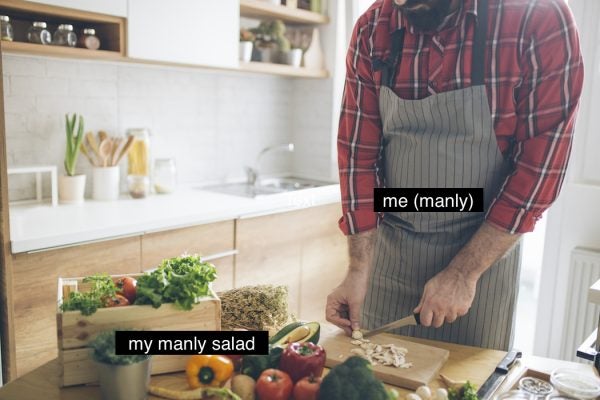 Esquire, 1940: “Salads are really the man’s department... Only a man can make a perfect salad.”