What Does It Mean To Be German?

A German scholar’s work on India, meant to foster European unity, instead may have sown the seed of nationalism. 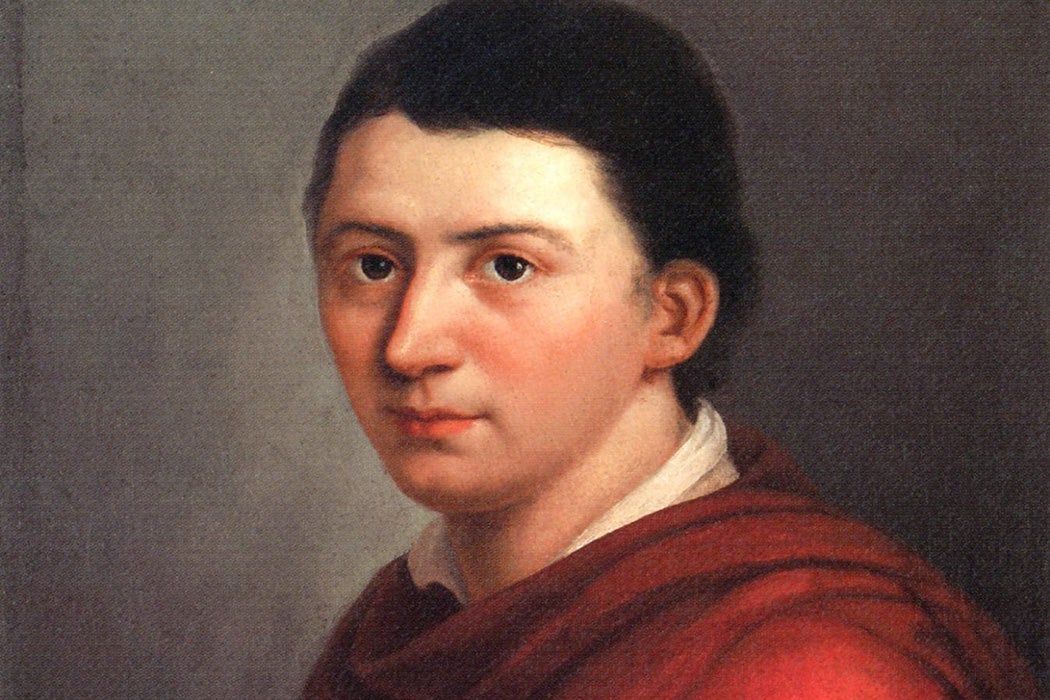 What does it mean to be German? This question has been an open one for more than 200 years, and in the last century, a provisional answer along false lines of “racial purity” came at the cost of millions of lives. Today, with the resurgence of far-right parties like Alternative for Germany (AfD), völkisch ideals seem once more attractive. An examination of the earliest attempts at German self-definition may help understand their deep-seated and enduring appeal.

In an effort to trace the beginnings of German nationalism, historian Chen Tzoref-Ashkenazi examines the work of Friedrich Schlegel, an enthusiastic advocate of the Romantic movement. In 1808, Schlegel published Über die Sprache und Weisheit der Indier (On the Language and Wisdom of the Indians), one of the most influential books to advance and popularize the theory that Europeans originated from India. His argument relied on the linguistic similarities between Sanskrit and many European languages, including Greek and Latin. These ideas, however, were not original. They reflected his continent’s growing interest in India.

For Germans, the dawn of Indian studies would have a profound effect.

Toward the end of the eighteenth century, the British Empire consolidated power over the Indian subcontinent. As a result, European journals and organizations dedicated to the collection, analysis, and distribution of information on India began to proliferate. In 1784, for example, the English philologist William Jones founded the Asiatic Society of Bengal, where he would soon sketch the relationship between Indo-European languages that Schlegel later championed. For Germans, the dawn of Indian studies would have a profound effect.

Their obsession with India coincided with an intense desire to forge an emerging national identity. The threat of French domination, spurred by Napoleon’s imperial project to make Paris the new Rome, motivated German intellectuals to find “an alternative course of the history of civilization to that beginning with Greece and Rome,” Tzoref-Ashkenazi explains. A different foundational story of Europe would not only demote France, but also vindicate the view of Germanic tribes as brutal barbarians who destroyed the Roman Empire.

“Like scholars of the Renaissance who had rediscovered the historical chain that linked their own culture with that of ancient Greece,” Tzoref-Ashkenazi writes, “so the explorers of India would unveil the true origin of European civilization.” In the view of men like Schlegel, the Europe of the Napoleonic Wars was not just too Greco-Roman and French—it was also overly divided. Its unity, however, could be reasserted via India, the alleged birthplace of the entire continent. A new hierarchy could then take shape, as German culture “had remained truer to its [Indian] sources.” Europe’s newfound bonds would, thus, conveniently center around Germans.

Additionally, at home, Schlegel was deeply worried about the religious secularism of his contemporaries. In response, “he tried to find evidence for the truth of Christianity in Indian mythology.” In texts like Kalidasa’s Shakuntala—the first Indian play to be translated from Sanskrit into a European language—Schlegel and his supporters found attractive models of inspiration based on religious devotion. They “believed the romantic poetry of India could inspire European poetry” and thereby spawn a continent-wide cultural rebirth.

Both domestically and abroad, an idealized understanding of India provided Schlegel and many other Germans the opportunity to define a powerful identity. It would take over a century before the concept of an “Aryan race” [sic] and the Nazi Party’s appropriation of it swayed Germany—but the seeds had already taken root.

India and the Identity of Europe: The Case of Friedrich Schlegel
By: Chen Tzoref-Ashkenazi
Journal of the History of Ideas, Vol. 67, No. 4 (Oct., 2006), pp. 713-734
University of Pennsylvania Press