What Did the Winners of the Nobel Prize in Medicine Discover?

The 2019 Nobel Prize for Medicine honors a discovery that may make it possible to prevent or even reverse the damage from cardiovascular disease. 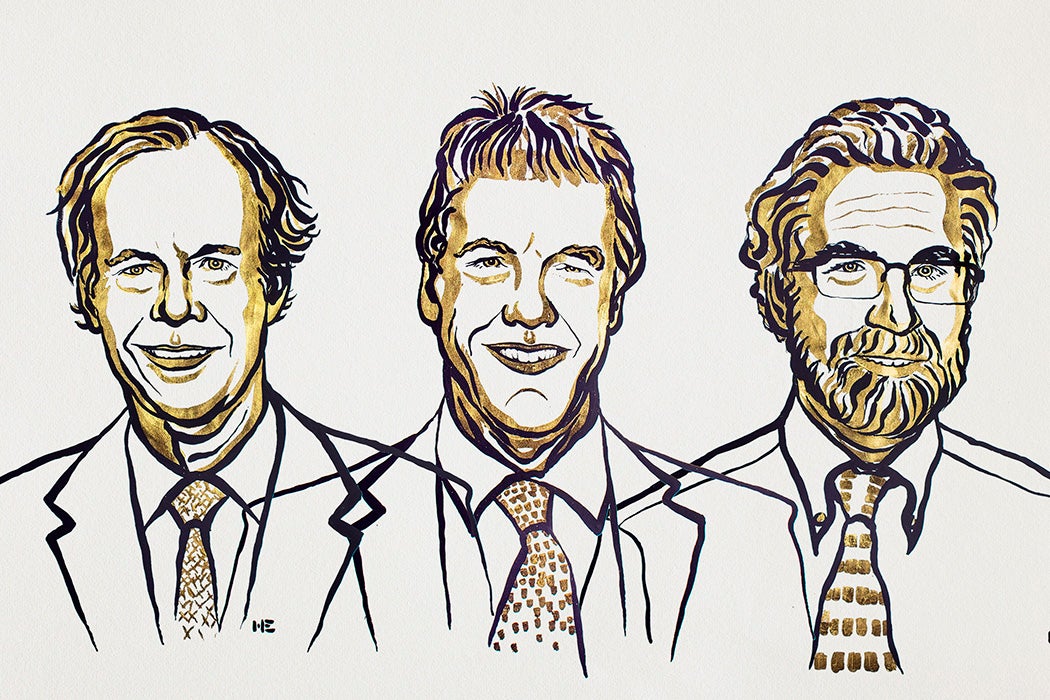 It’s Nobel Prize season! In the biological sciences, the prestigious prizes are often awarded for discoveries that unlock life’s most basic mechanisms. Nobel-prize-winning work often invokes concepts so fundamental that most people take them for granted. This year’s Nobel Prize for Physiology and Medicine is no exception. Awarded to William Kaelin Jr, Sir Peter Ratcliffe, and Gregg L. Semenza, the 2019 prize honors the discovery of how cells adapt to the presence of oxygen.

While many of life’s essential functions depend on oxygen, the amount available is not always consistent.

In a 2007 Science article, one of the winners, Gregg Semenza, describes portions of the groundbreaking work. The major issue, as Semenza describes it, is that while many of life’s essential functions depend on oxygen, the amount available is not always consistent. For example, oxygen availability has not been consistent throughout evolutionary history. Early organisms began utilizing oxygen for energy production in increasing degrees, starting around 2.5 billion years ago, about a billion years after life began. After photosynthetic organisms that produced oxygen as a byproduct emerged, the atmospheric oxygen concentration increased dramatically.

Early life, and the cells of more complicated organisms, had to get used to this newly abundant resource. Non-photosynthetic organisms became dependent on oxidative phosphorylation, a means by which the energy of sugar is unlocked for use by cells. Within the cell, in the face of changing external conditions, the amount of available oxygen must be relatively constant. Too little, and it will be impossible to generate energy; too much, and potentially deadly waste products can build up.

Enter HIF-1, aka Hypoxia Induced Factor 1, a protein known as a transcription factor. Transcription factors control the conditions under which a specific gene or genes is expressed, and HIF-1 controls hundreds, perhaps thousands, of genes. The amount of HIF-1 available varies depending on the available oxygen, increasing or decreasing how often the suite of genes controlled by HIF-1 gets expressed.

Semenza and his colleagues teased out the details of the incredibly complicated mechanism by which HIF-1 functions to maintain constant oxygen levels. There are more than a dozen steps, and related biochemical components, in the process. They have found versions of the HIF-1 process in much simpler animals, such as roundworms and flies, helping them trace the evolutionary origins of the adaptation to oxygen.

The work was doubly significant. Not only did the team come to a detailed understanding of one of life’s key processes, the discovery has great potential in medicine as well. Some of the most common cardiovascular diseases, such as stroke or heart attack, restrict the oxygen supply to cells. If a medication or procedure can be devised to control how cells respond to the drop in oxygen, it may be possible to prevent or even reverse the damage from cardiovascular disease. The mechanism may even be manipulated to limit the growth of tumors. Congratulations to doctors Kaelin, Ratcliffe, and Semenza!

Bob Dylan was been awarded the Nobel Prize in Literature "for having created new poetic expressions within the great American song tradition."