Voyager 2 Heads into the Unknown

Forty-one years after its launch, Voyager 2 has officially crossed out of the solar system and into interstellar space. What has it discovered along the way? 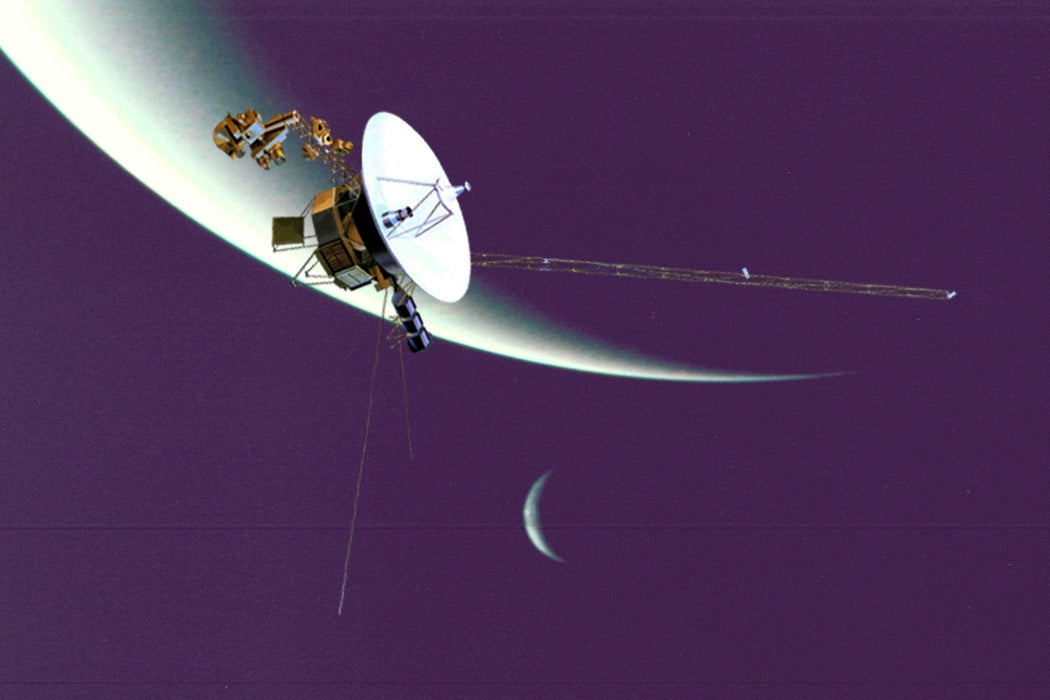 On December 18th, 2018, Voyager 2 officially crossed out of the solar system and into interstellar space. Its partner probe, Voyager 1, exited the system a few years ago, but by a quirk of fate Voyager 2 actually departed Earth first. The reason for the discrepancy is that Voyager 2 took the scenic route out of the solar system, visiting all four gas giants and sending back incredible images and information throughout its forty-year journey. There are too many highlights to count, but one in particular stands out: Voyager 2 remains the only human-constructed object to fly past Uranus and Neptune, the outermost planets of our system.

Despite suffering damage from Jupiter’s fearsome radiation, the probe explored Saturn and then, after a long trip, on November 4th, 1985, Voyager 2 began a nearly four-month pass by Uranus. Voyager 2’s course past Uranus was designed mostly to send the probe onwards to Neptune; observations of Uranus itself were almost an afterthought.

During the long trip out from Saturn, however, engineers had devised ways to maximize the performance of Voyager 2’s instruments. Using the upgrades, Voyager 2 made a number of important discoveries, including ten previously unknown moons. The probe also sent the only surface images of the major moons. Close photos of Saturn’s rings provided insight into ring formation and allowed planetary scientists to test hypotheses about how rings form and persist. Samples of Uranus’s atmosphere revealed methane, helium, and other gasses; the absorption of red light by methane makes the planet appear blue. Detected radio emissions suggest that the planet has a functioning magnetic field. There were many more discoveries; much of what is known about Uranus comes from Voyager 2’s brief visit.

On August 25th, 1989, almost four years after leaving Uranus, Voyager 2 reached Neptune. One of the first surprises was the discovery of powerful storms raging in the atmosphere, with winds up to 1100 km/hour and high, swirling clouds. With little heat to supply energy, it is unclear what drives the massive cyclones. While Neptune was believed to have rings, data from Voyager 2 confirmed their existence and discovered that the rings are not uniform in width and it is unclear how they formed. The probe discovered six previously unknown moons. Close-up observations of the largest moon, Triton, revealed an aurora, indicating a magnetic field, and volcanoes that erupt with frozen nitrogen. Needless to say, it’s very cold there.

After Neptune, there were no more stops but the journey was far from over. Scientists predicted that Voyager 2 would cross heliopause (the boundary of the system) in 2012. It’s only six years late. Voyager 2 should reach the nearest extrasolar star, Proxima Centauri, around the year 20071. Of course by then, Voyager 2 will have long since fallen silent. 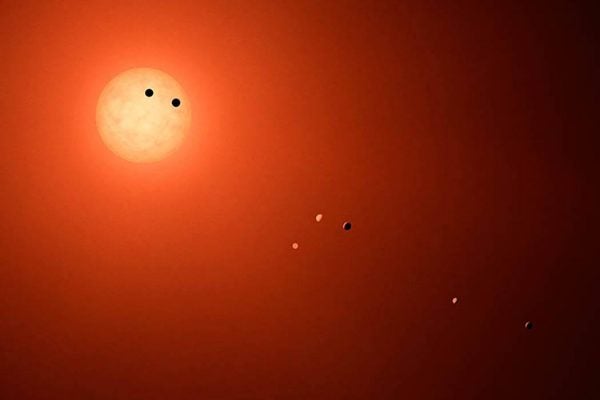