Astronomers have worked out that Jupiter’s Great Red Spot is a massive storm system, but what keeps a storm going for hundreds of years? 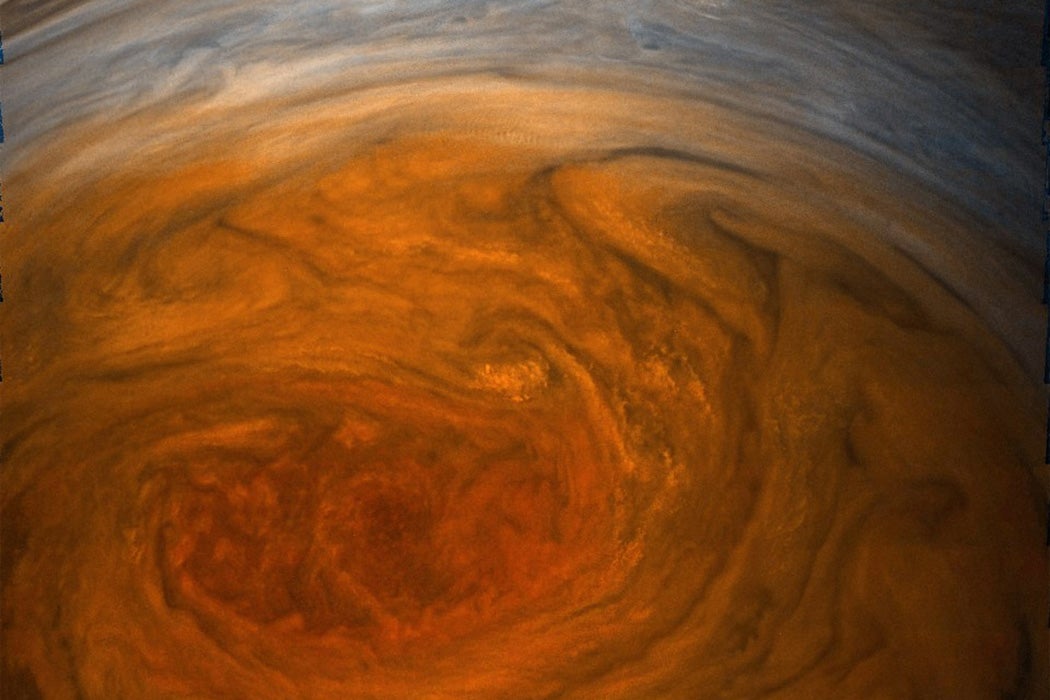 Jupiter is the solar system’s largest planet, more than 1,000 times greater in volume than the Earth. One of the brightest stars in the sky, Jupiter’s bands of browns and reds render the planet readily recognizable to non-astronomers. But one feature in particular really stands out: Jupiter’s iconic Great Red Spot. Thanks to NASA’s Juno spacecraft, the spot has lately been getting incredible closeup photos.

We all know that the great red spot is a reddish, oval-shaped feature easily visible to Earth-based telescopes. There are other oval spots on Jupiter, but the Great Red Spot, at around 15,000 km wide, is the largest. It was noticed by Victorian astronomers in 1878, but astronomers at the time, referencing older drawings, realized that the spot had first been observed much earlier. In fact, the spot seems to have been known about at least since Galileo’s day and may well have been identified before that. Victorian astronomers noticed that the spot varies over time, sometimes shrinking a bit, sometimes fading, sometimes changing in hue, but always present. Modern astronomers have made similar observations.

Astronomers worked out that the spot was a massive storm system, one ongoing for hundreds of years.

But what is the spot? Jupiter is a gas giant, lacking a truly solid surface, so we knew the spot was not a landform. Eventually, astronomers worked out that it was a massive storm system. But what keeps a storm going for hundreds of years? Astronomers turned to their experience on Earth to understand.

In the mid-1990s, the Galileo probe detected lightning and a massive thunderstorm near the border of the Great Red Spot. Warm air is less dense than cooler air. On Earth, warm moist air collecting over oceans or land rises thousands of feet high, causing the moisture to condense as it cools. Condensation releases the energy of latent heat, allowing the air to continue rising and eventually releasing its moisture which cools as it sinks. The entire process is known as moist convection. On Jupiter, the process is similar but on a far grander scale; the storm observed by the Galileo probe was hundreds of kilometers across. Jupiter doesn’t have oceans or wet ground, so the heat that is rising comes from within the planet itself, leftover from the giant planet’s formation.

The Great Red Spot is a shallow system that does not connect to the surface of the planet by itself. The thunderstorms bring energy in the form of heat from the planet up into the atmosphere and feed it to the larger oval storms where they meet. By a property of fluid dynamics, since the thunderstorms and the spot are rotating in the same direction, they merge. The spot is made of a vast number of smaller storms, providing the spot with a regular source of new energy through moist convection. Especially in the limited friction of Jupiter’s atmosphere, this energy can keep the storm swirling indefinitely. 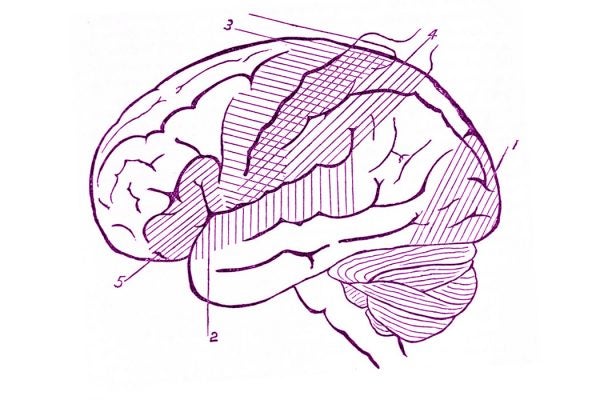 No study, even those finding strong differences, has ever found differences in cognitive ability between male and female brains.