The Mysterious Ocean of Enceladus 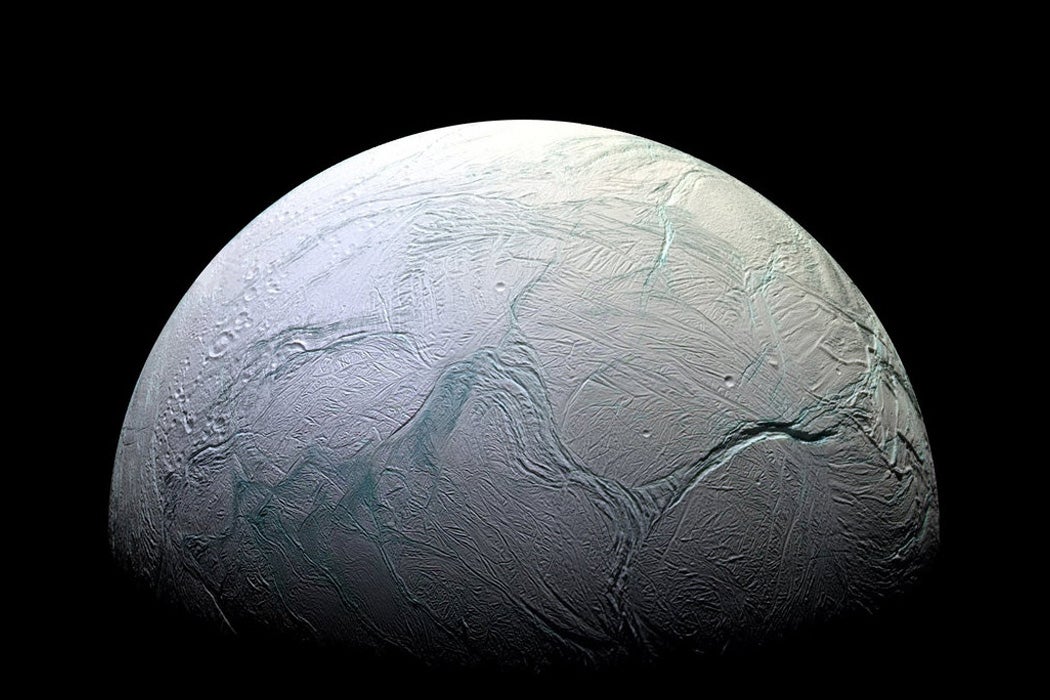 Saturn’s moon Enceladus has a secret. For some years, scientists have been convinced that there is a liquid ocean hiding inside the frozen moon. This isn’t necessarily unheard of—subsurface oceans are believed to exist under several of the outer planet’s moons, including Jupiter’s moons Europa and Ganymede. Accessing these oceans for sampling purposes isn’t easy, as they’re located beneath hundreds of kilometers of ice. However, new research has shot Enceladus to the top of the “To Explore” list. In some places, the ice may be as little as 5 km thick, making it potentially possible to break through. Why are scientists so excited to learn more about this ocean?

The first clues that Enceladus was more than a barren ice ball came in 2004 when the Cassini spacecraft detected salty plumes erupting from the moon’s southern region. Closer examination suggested that the plumes were escaping through surface cracks that open and close in sync with Saturn’s tides. When the cracks open, the plumes erupt. The plumes also allow heat from the moon’s interior to escape, suggesting that the interior is warmer than the frozen surface.

A hidden ocean under the ice on one of Saturn’s moons?

Clearly there was a subsurface source of liquid, but how could scientists be certain it was as big as an ocean? Researchers measured the speed of the Cassini spacecraft as it passed over different regions of Enceladus. Whenever the craft passed over an area near the southern pole, it sped up, indicating that the area beneath had the slightly higher mass you’d expect from liquid. The data indicated an ocean roughly the size of Lake Superior. The heat source that allows the ocean to stay liquid remains unknown.

What’s more, analysis of the plumes erupting from the salty, subsurface ocean suggests that organic molecules are present in the water. An environment similar to certain subterranean and deep-ocean habitats on Earth may lay beneath Enceladus’ surface. And if that’s true, it could support extraterrestrial life.

Plus, it could be easier to sample Enceladus than other potential candidates for life. A properly configured probe could directly sample the plumes of water without needing to penetrate the surface and without contaminating the native environment with Earthly tourists. Or, since the ice cover is relatively thin, we might even be able to sample Enceladus’ ocean directly.

Unfortunately, there are no concrete plans for a mission to Enceladus. Space missions are scheduled years ahead of time and a trip to Europa entered the planning stages before Enceladus’ potential was known. So it looks like Saturn’s cold and mysterious moon will have to wait.

The search for life in our Solar System and the implications for science and society
By: Christopher P. McKay
Philosophical Transactions: Mathematical, Physical and Engineering Sciences, Vol.369, No. 1936, The detection of extra-terrestrial life and the consequences for science andsociety (13 February 2011), pp. 594-606
Royal Society 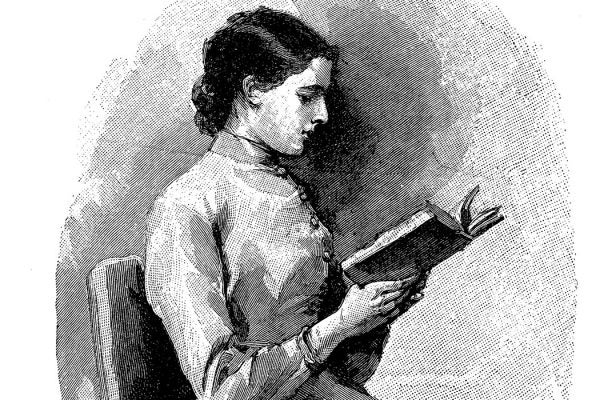 A Novel Defense of the Internet

Novel reading was once regarded as an idle occupation, just as Internet use is now.