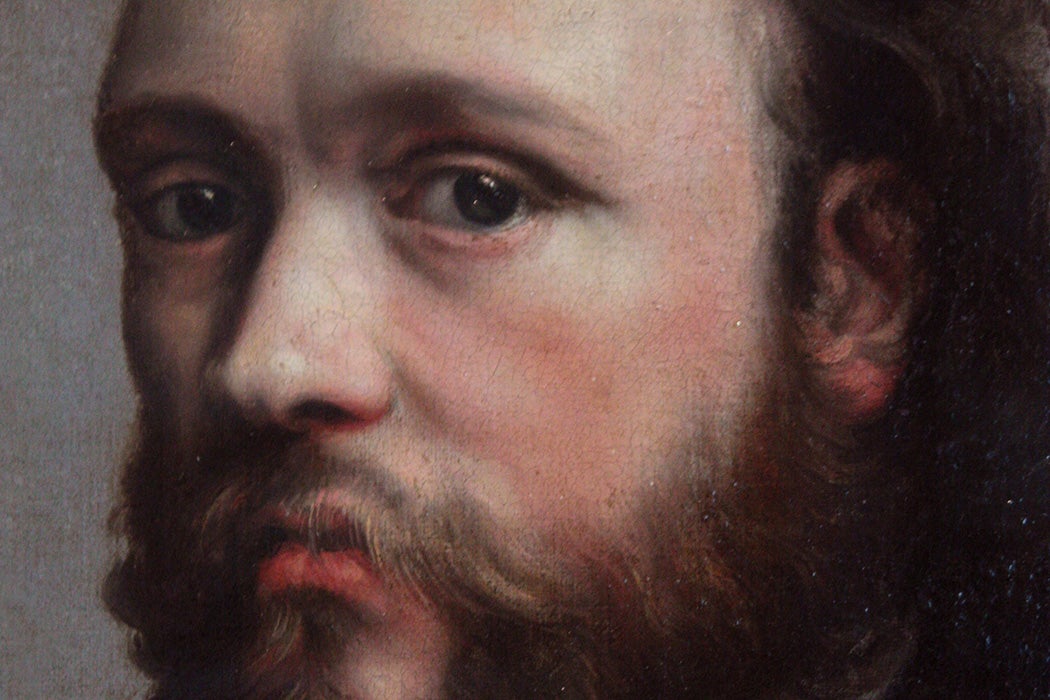 So, it’s the seventeenth century and you’ve been wounded by a sword. Mix up some bear grease, earthworms, crab eyes, amber, blood, wine, moss from a skull, and ground-up mummy, and apply the resulting salve to the sword.

Yes, the sword: in the seventeenth century, such salves were applied to the weapons that had made the wounds, not the wounds themselves. Weapon-salve was a form of sympathetic medicine. Sympathetic medicine held that cures were “sympathetically” related to the conditions they were supposed to treat. It was thought that “curing” the sword, therefore, would cure the wound the sword had made.

Mixed with water, “powder of sympathy” was supposed to be applied to the bloody clothes or bandages from the wounded person.

In comparison to the wound-salve, the related “powder of sympathy” was much simpler. It had just one ingredient: vitriol, or sulfuric acid. Mixed with water, this was supposed to be applied to the bloody clothes or bandages from the wounded person. The wounded person, meanwhile, could be in another room, another country, or even far off at sea, so great was, allegedly, the power of the powder of sympathy.

At the dawn of the age of western science, Sir Kenelm Digby was a keen advocate of the powder of sympathy, as he wrote in his 1658 work A Late Discourse … Touching the Cure of Wounds by the Powder of Sympathy. In his writing, he attempted to establish himself as the “original English authority on the sympathetic powder” according to scholar Elizabeth Hedrick. That claim worked wonders, and it lasted. For decades after Digby’s passing, “Sir Kenelm Digby’s Incomparable Apoplectic Powder” was being sold for “apolexy [sic] and lethargy also vapors, drowsiness, importunes, dizziness, and heaviness of the head” according to an advertisement from 1702.

Digby claimed he got the secret of the powder from a monk in Tuscany. Hedrick disputes his claim, noting:

Perhaps the most important evidence that Digby’s entire claim to have introduced the powder into western Europe is false, however, comes from Digby’s fellow natural philosophers. Their testimony supplies us with the name of the man who probably was the first to make frequent and public use of the powder of sympathy in England.

That man was Sir Gilbert Talbot, a colonel in the service of Charles I. Digby simply fictionalized his role in the history of this magic powder. He was a science-faker at the beginning of scientific experimentation. Hedrick writes that in this era, a “good fabulator could report as vividly, and enumerate as many details, as an honest experimenter. Digby wrote at a time when palpable fictions and testable hypotheses were sometimes indistinguishable.”

Sympathetic cures like the salve and powder were the “locus of heated debates about the nature and theological legitimacy of actions at a distance,” during the seventeenth century. Some people obviously thought they worked. Others had fun with the idea of actions at a distance, making jokes about husbands getting “their Wives with child a hundred miles off.” Wishful thinking, it seems, has always been in style.