The Story Behind “The Parisian Water-Carrier”

Who was the “Parisian water-carrier” depicted in 18th century French sculptor Edme Bouchardon’s sketches and how did he earn his living? 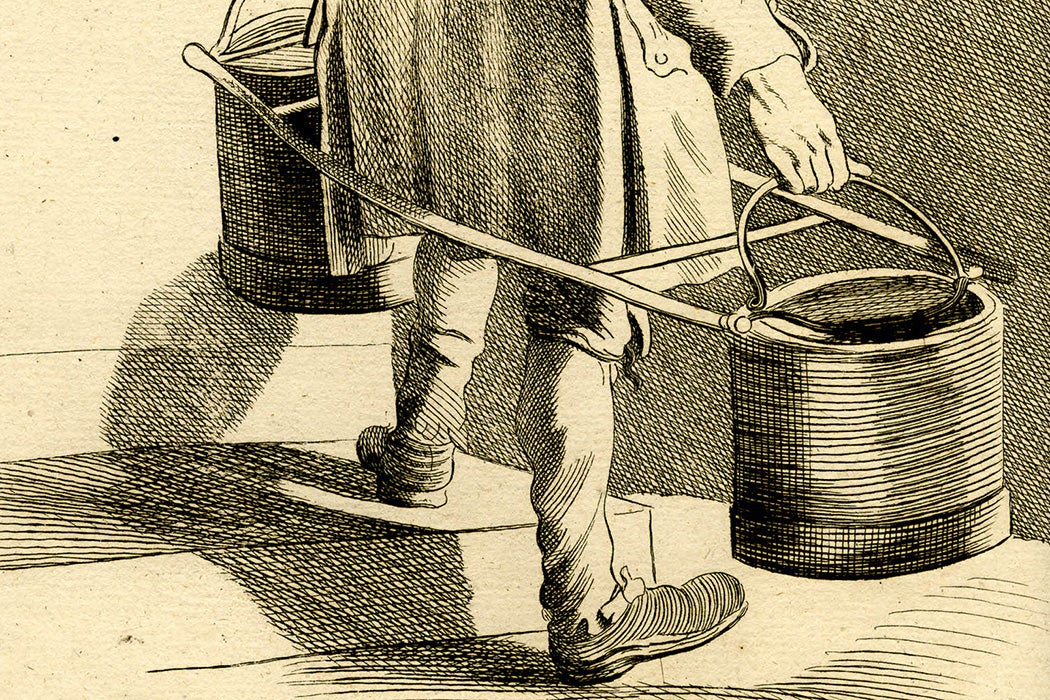 In seventeenth and eighteenth century Paris it was forbidden to draw water from the Seine. The river was the depository of all manner of human, animal, and industrial waste, and as a result long since declared unfit for drinking or bathing. In the Dutch cities to the north it was common to have a well in your own courtyard. By contrast, Paris’s 700,000 residents had to share a rather small number of public fountains. Queuing was guaranteed. Enter the “Parisian water-carrier.”

The “porteur d’eau” began at dawn.

Thanks to eighteenth century French sculptor Edmé Bouchardon, we have a clear picture of what the Parisian water-carrier looked like. The tools of his trade were in his uniform. For a small investment—two buckets, a strap, a hoop, and a licence—an able-bodied man could claim the trade of “Parisian water-carrier.” He could then establish a loyal clientele and save up to 2/3 of what he earned. The job appealed to the poor but strong, and soon became associated with middle-aged immigrants from Auvergne in central France. Ageing water carriers often sold their business to a younger family member, and by the end of the eighteenth century 58% of Parisian water-carriers were “Auvergnants.”

The “porteur d’eau” began at dawn. He paid the city for his right to fill buckets at public fountains and the police gave him a number, reminding him that the law required he keep his buckets filled overnight in case of fire in the city. He walked his sector with his buckets all day long. Artwork depicts him with two pails attached to hooks on either end of a leather strap hung diagonally across his shoulders and chest. Sometimes he is standing in a wooden hoop, other times he wears a wooden yoke. The pails always look heavy.

Early pails were usually made of beech wood and sported a matching cover. By the middle of the eighteenth century, boiled leather containers reduced some of the weight. But the pails still carried about 12 litres each.

In the nineteenth century, the Parisian water-carrier who could afford a horse and cart started filling apartment bathtubs. Imagine multiple trips with full pails between the hot water barrel on his cart and the bathtub. Then a long wait outside. Then emptying the dirty water. He charged per flight of stairs, so top floor apartments paid more than first floor apartments. Spilling water meant losing his tip … and getting an ear full.

Unsurprisingly, carrying so much awkward weight all day long was bad for his health. Italian physician Bernardino Ramazzini (1633 – 1714), considered the Father of Occupational Medicine, wrote in his De Morbis Artificum Diatriba [Diseases of Workers] that the heavy loads slowly deformed the carrier’s body, resulting in varicose veins in the legs, hernias, and a hump on the back.

This was no surprise to Antoine François, Comte de Fourcroy. The impoverished young count and doctor who translated Ramazzini’s work into French in 1777, earned his living tutoring students and tending to the twelve-member family…of a Porteur d’eau. 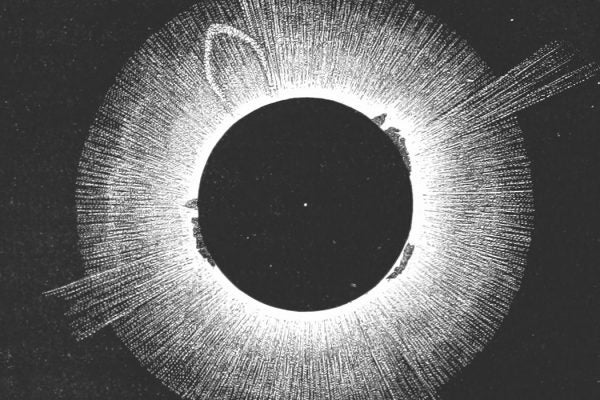 People have been planning for this month's total solar eclipse for years. They aren't the first to do so: the Victorians pioneered eclipse tourism.