People have been planning for this month’s total solar eclipse for years. They aren’t the first to do so: the Victorians pioneered eclipse tourism. 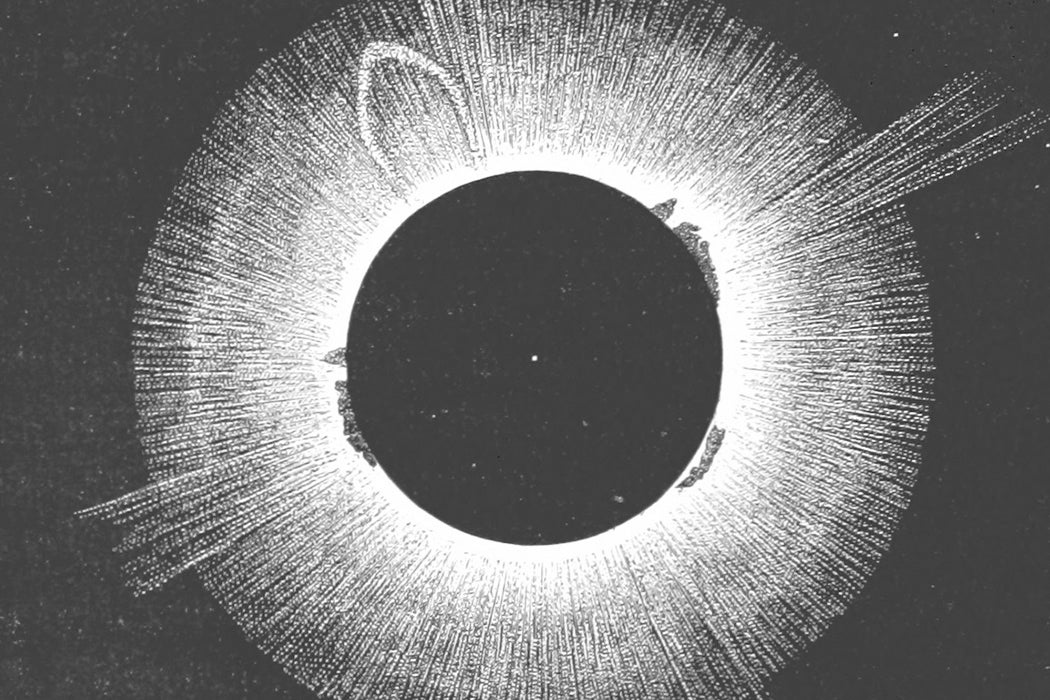 People will travel from all over the world to view the solar eclipse on August 21st. Hotel rooms in the shadow of the path of totality, stretching from Oregon to South Carolina, have been booked well in advance. The last time the contiguous U.S. saw a total solar eclipse was in 1979. There won’t be another such alignment of moon and sun visible in North America until 2024.

Meanwhile, some 200 million people live within a day’s drive of this eclipse’s totality. The eclipse will also be seen in partial form—that is, the moon will not cover up the sun completely—from southern Mexico to northern Canada. It’s a tourist and scientific bonanza.

And it won’t be the first time. Alex Soojung-Kim Pang delves into the solar eclipse fever of Victorian and Edwardian times. Expeditions sponsored by scientific societies, wealthy amateurs, and governments—and sometimes all three combined—set out to view eclipses around the world. These were well-publicized affairs. “Eclipse observers and readers of eclipse narratives were part of the first generation to grow up reading from the mass, urban-based literary market that was one of the great innovations of Victorian society,” writes Pang. Illustrated lectures, much coverage in the popular and scientific press, and books were the result.

Adventure—and poetic descriptions—sold as much as science.

Mable Loomis Todd is an example: better known now as Emily Dickinson’s literary executor, Todd wrote the very popular Total Eclipses of the Sun (1894). Partnering with her formally-trained astronomer husband on observations, Todd well knew that adventure—and poetic descriptions—sold as much as science. In fact, few writers were immune from adding touches of glamour, hazard, and other aspects of drama in exotic climes to their tales of eclipse-treking.

Pang notes that these expeditions were more like the packaged, highly-planned tours pioneered by Thomas Cook in the 1840s than the voyages of Captain James Cook in the previous century.

Of course, eclipses themselves are short events: totalities last only a few minutes. So organization, planning, travel, and setting up temporary observatories made up most of these missions. Large amounts of sensitive, if not temperamental, equipment were required. Spectroscopes, for instance: these were used to measure the spectrum of light emitted from astronomical bodies and were sensitive enough to be thrown out of whack by body heat.

“The greatest differences between scientists and regular tourists,” continues Pang, “were in social status and public visibility.” Eclipse expedition members were treated as foreign dignitaries. They could also be accompanied by “strong forces of military and police” in places where they might not be welcome. After all, says Pang, “astronomical work and Western imperial ambitions were mutually supportive and intertwined during the late nineteenth century.” The tools of empire—railways, steamships, military bases, naval technology, telegraphy—smoothed eclipse expeditions to India, Brazil, Egypt, and elsewhere. The expeditions themselves were vital to the development of astrophysics, which emerged as a discipline in the 1860s.

If you have a chance to see this eclipse, full or partial, outfitted for an expedition or not, do so—without, of course, looking directly at the sun.

The Social Event of the Season: Solar Eclipse Expeditions and Victorian Culture
By: Alex Soojung-Kim Pang
Isis, Vol. 84, No. 2 (Jun., 1993), pp. 252-277
The University of Chicago Press on behalf of The History of Science Society 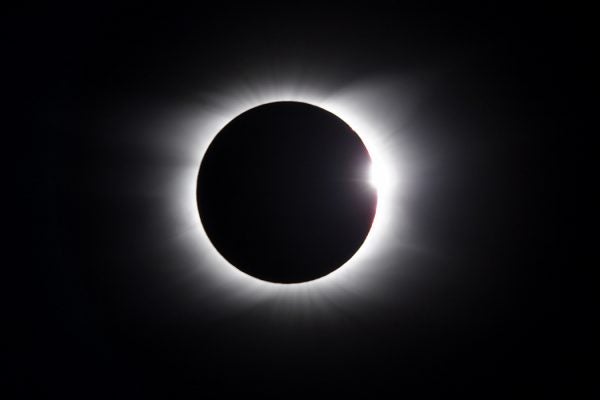