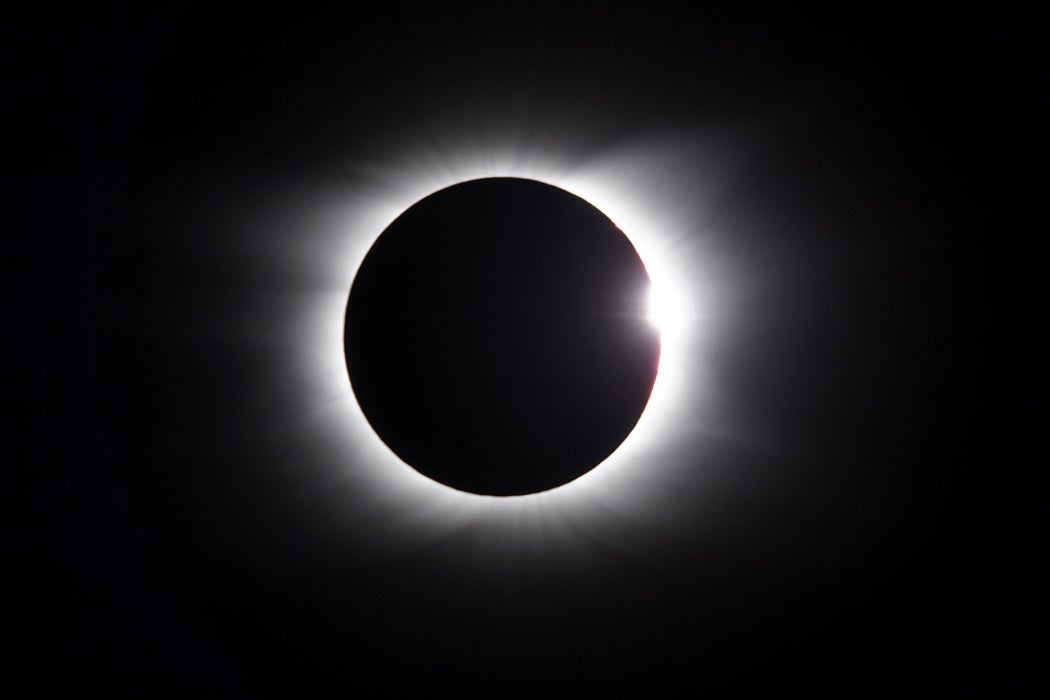 On August 21, 2017, North America’s first total solar eclipse in a while will cross the center of the United States from East to West. While the path of totality (where the totals eclipse is visible) is quite narrow, most of the United States will still experience quite a show. Demand for viewing glasses is so high that space.com is warning of fake (and non-functional) glasses flooding US market. But one group of observers is anticipating the eclipse even more intensely: scientists. For them, the eclipse is an opportunity.

It seems counterintuitive, but sometimes you can learn more about the sun when you can’t see it. Total eclipses occur when the view of the sun from a particular point on Earth is completely blocked by the moon’s shadow (the moon is between the sun and the observer on Earth). With the star itself obscured, the corona, a cloud of ionized gas that surrounds the sun, becomes visible. During eclipses, scientists can gather imagery and examine the patterns in the corona with greater ease. Many early images of the corona were misleading; modern eclipses give the opportunity for more sophisticated and accurate examination of the corona.

Einstein used a solar eclipse as an opportunity to gather evidence for General Relativity.

Another reason scientists eagerly anticipate eclipses is the opportunity to measure the sun. The duration of the eclipse is dictated mostly by the relative sizes of the sun and the moon from the viewer’s perspective. If the moon is closer to Earth or the sun is farther away, the sun appears smaller relative to the moon and the eclipse will last longer. Correcting for relative distances, studies of historical eclipses led some to believe that the sun is shrinking. (The current consensus is that the sun is shrinking, but so slowly as to be irrelevant). Eclipse durations can also provide information about changes in the rotation of the Earth.

Eclipses can provide information beyond even the sun. In 1919, a total eclipse passed over the island of Principe, off the west coast of Africa. The 1919 eclipse was unique in that it would pass between the Earth and very bright star cluster. Light from the star would have to pass the sun and its gravity to reach Earth, but be visible thanks to eclipse darkness. It was the golden opportunity to see how much light would bend in response to gravity, and test a new theory called The Theory of General Relativity by a little-known physicist named Albert Einstein. Thanks to a concerted advanced publicity campaign, Einstein soon became a household name.

So while Americans stock up on eclipse glasses and gather in the streets and on their rooftops, astronomers will be double checking their solar filters and getting ready for some math. When it’s over, millions of people will have a once in a life experience. Meanwhile, if all goes well, we’ll also learn a lot more about the sun.

Constructing a 'Revolution in Science': The Campaign to Promote a Favourable Reception for the 1919 Solar Eclipse Experiments
By: Alistair Sponsel
The British Journal for the History of Science, Vol. 35, No. 4 (Dec., 2002), pp. 439-467
Cambridge University Press on behalf of The British Society for the History of Science
Historical Eclipses
By: F. Richard Stephenson
Scientific American, Vol. 247, No. 4 (October 1982), pp. 170-183
Scientific American, a division of Nature America, Inc.
Revealing the True Solar Corona: Imaging may have inadvertently led astrophysicistsastray in understanding the Sun
By: Richard Woo
American Scientist, Vol. 98, No. 3 (May-June 2010), pp. 212-219
Sigma Xi, The Scientific Research Society 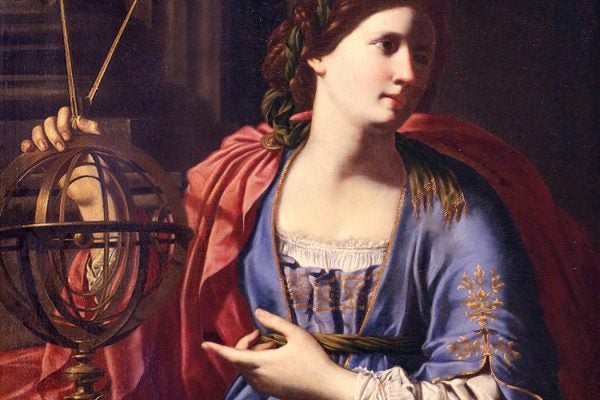 Before the Civil War, Women Were Welcomed into the Sciences