There were, in fact, women in the audiences of Shakespeare’s plays. Some came to watch; others to sell their wares; others to get on stage themselves. 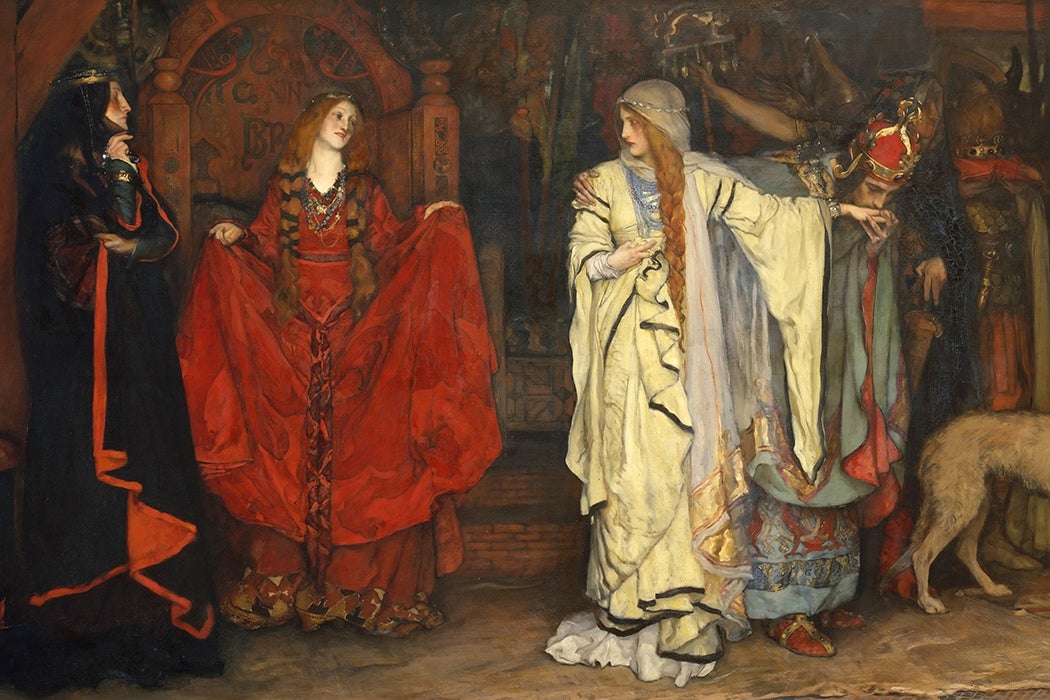 Shakespearean drama contains plenty of women, and you probably know that men portrayed them all. But there were women in the audiences of Shakespeare’s plays, and other plays in early modern England. And as the English literature professor Marion Wynne-Davis explains, they weren’t all there to be entertained—and they were far from silent.

In fact, theaters of the era were rife with women. Some came to watch the plays themselves; others came to sell their wares. Still others got on stage themselves. And all were subject to suspicion and mockery because of their gender.

Women “went to the theater for many reasons, only one of which seems to have been to watch the play.”

Wynne-Davis explains that women “went to the theater for many reasons, only one of which seems to have been to watch the play.” Low-class women came to sell concessions to theatergoers, roving through the audience selling oranges, apples, tobacco and other goods. Other spectators were prostitutes soliciting new business or acting as escorts. At least one other, Mary Frith, appeared onstage.

In the early 1600s, Frith went onstage dressed as a man, entertaining the audience with “lascivious” speeches, singing, playing the lute, and telling spectators she would prove she was a woman despite her appearance. Though there is no record of how women responded to Frith’s performances, she was famous (or infamous) enough to have a play, Thomas Middleton and Thomas Dekker’s The Roaring Girl, written about her, and was included and satirized in other plays. Frith was portrayed as notorious, immodest, loud, and thieving. By cross-dressing, she obtained notoriety, acted as a novelty, and was censured in public.

More anonymous, but no less criticized, were the orange-women. Satirized by Ben Jonson and others, these women were seen as hurting local businesses by reselling food that could have been purchased in shops. Though their profession was “one of the few ways that a poor woman could earn a living,” writes Wynne-Davis, they were mocked because of their jobs and what some saw as their disruptive presence in an already rowdy theater.

Though prostitutes were also present there, any female spectator was assumed to have loose virtue and to be at a play to procure sex. By appearing at a public entertainment among a large group of men, women automatically were lumped in among what one anonymous author called “those unwholesome enticing harlots.”

For Wynne-Davis, these women shared something aside from their gender: a willingness to speak up in public. “Early modern theaters would have been alive with women’s actions and voices—the cries of orange-women, the dalliances of female spectators, and the songs of Mary Frith,” she writes. The “most powerful link between these women is that they did not sit silently watching the play.” By being vocal and active, women in early English modern theater challenged what was going on onstage and in the world around them, prompting outrage and entertainment along the way.