The Origins of Women’s Soccer 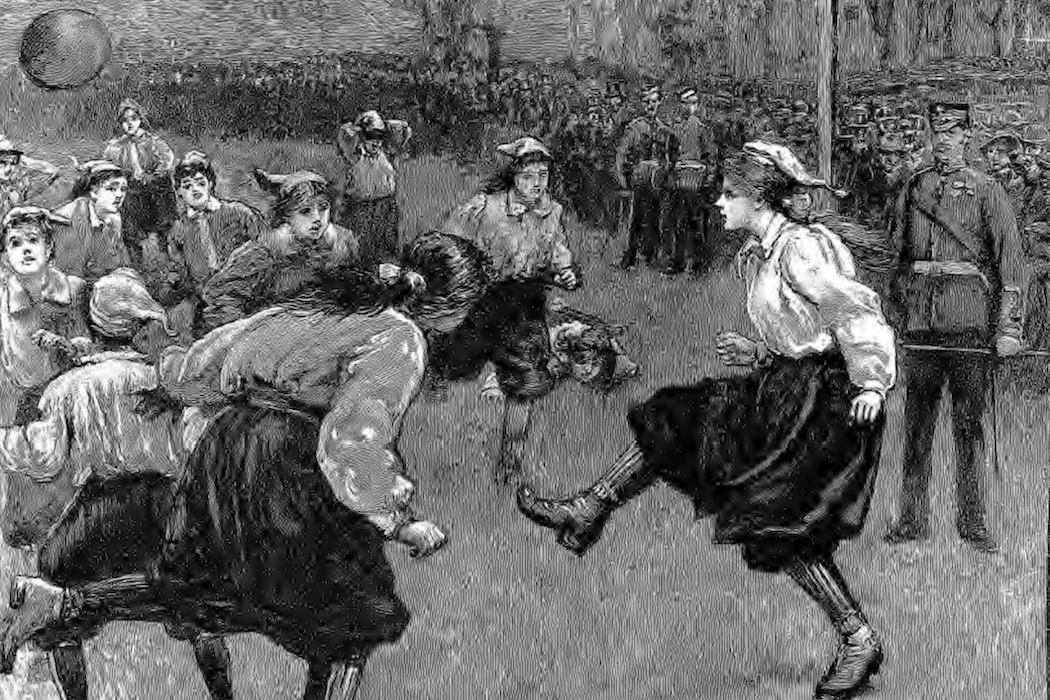 With women’s soccer abuzz in the news, it’s high time we take a look back to the first organized women’s soccer league, also known as “association football.” The British Ladies’ Football Club (BLFC) held their first match at Alexandra Park in Crouch End, London, in 1895. Ten thousand “jammed the pitch” to see the Blues play the Reds. They wanted to see what BLFC organizers Lady Florence Dixie and Nettie Honeyball—yes, that was her name—were up to. The responses, at least as represented in the press of day, will be familiar to those who have watched the rise of organized women’s sports in the last several decades.

“Reporters from nearly every London newspaper provided comment on the event, from the crowd’s reaction to the quality of the women’s play, obsessively detailing the players’ clothing and appearance,” writes James F. Lee in his survey of the media response to the match.

Their observations illustrate with pinpoint accuracy the fissures, pressures, and angst of a society that feared ‘masculine’ women and ‘effeminate’ men, and highlighted the double standard that women playing sports with skill and energy were freaks, while those playing poorly provided the proved the popular belief that women were physically incapable of playing football.

Lee maligns the hyper-partisan Conservative and Liberal papers alike for their “remarkably mean-spirited and sarcastic” takes on the first match. The politically independent Sketch was no nicer: “It must be clear to everybody that girls are totally unfitted for the rough work of the football-field. As a means of exercise in the back garden it is not to be commended; as a public entertainment it is to be deplored.”

It wasn’t all negative. The Westminster Gazette said the match proved football was not “impossible” for women, and that as a “novel and interesting experiment” it might have significant far-reaching results. The Manchester Guardian, representing an out-of-London voice as well as the Radical wing of the Liberals, sent a “Lady Correspondent.” Responding to the endless commentary about the player’s varied clothing, she noted that gymnastics and cycling had made such rational dress reform  familiar via the popular press.

She also stated the obvious: anybody with minimal practice could hardly have been expected to perform better. Prophetically, she said, “there was no reason why the game should not be annexed by women for their own use as a new and healthful form of recreation.”

By the 1890s, association football had become a largely working-class sport. The women Dixie and Honeyball pulled together were solidly middle class. Honeyball stressed this in her interview in the Maidenhead Advertiser. But unlike middle class men, the BLFC played for money. The lady footballers were overturning many cultural restrictions.

The ideal of the weak [middle and upper class] woman imbued with a delicate nature changed dramatically in the last four decades of the nineteenth century, so that by the end of the century it was widely accepted that physical exercise for women, was, on the whole, a good thing.

But too much could lead to women who were too “masculine.” One of the players, a Miss Gilbert, was called “Tommy” or “Little Tommy” by the crowd and press because of her gender ambiguity—many were sure she must be a boy because she played too well for a female. “Remarkably, there is strong evidence that ‘Tommy’ was two different players!” writes Lee, who thinks reporters just couldn’t handle seeing more than one small, fast, “boyish” player on the field.

On the other hand, the rather good goalie, Mrs. Graham, was lauded: “a young matron with a profusion of golden hair hanging down her back, who wore a white flannel blouse and dark skirt.” The provincial papers loved her when the two teams went on tour. She could play well and looked like a lady was supposed to, reassuring those whose entire universe would crumble to pieces if there were any hint of confusion over manly men and womanly women. 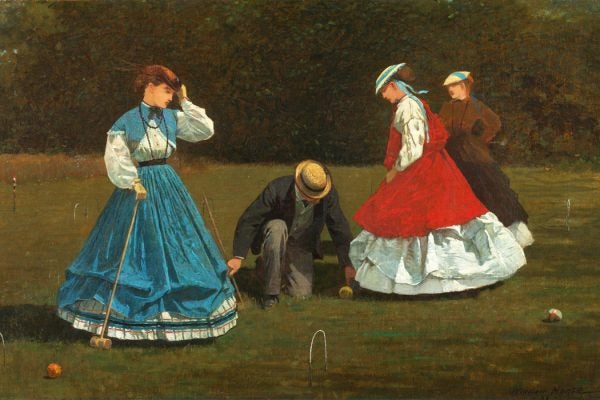