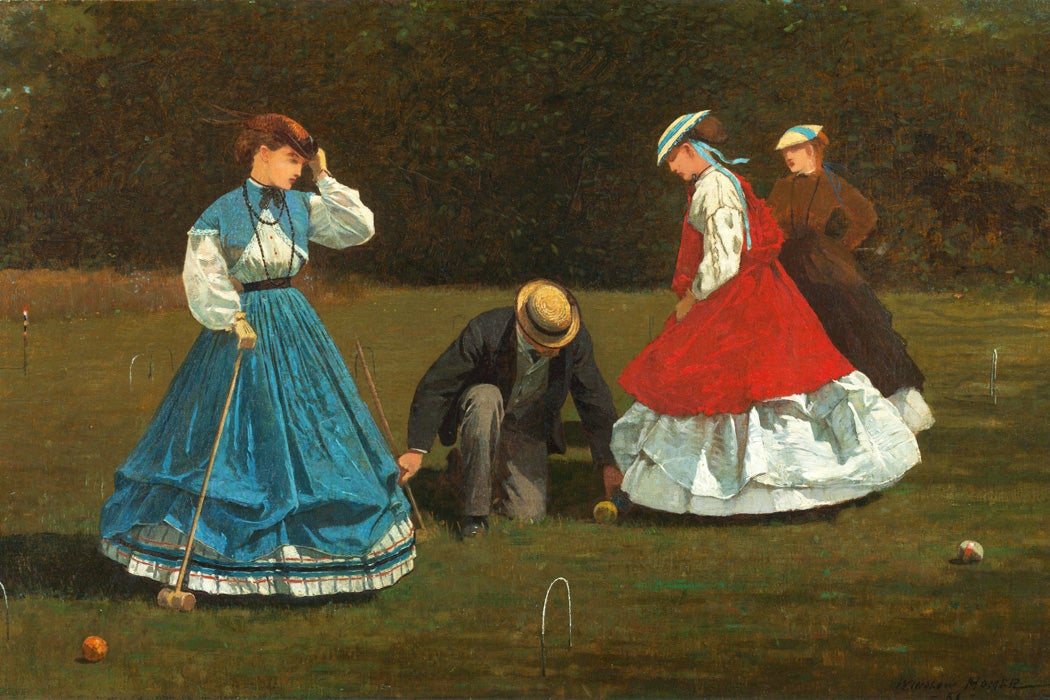 Croquet arrived in the U.S. from England during the Civil War. It immediately became hugely popular and was hailed as a genteel, refined activity appropriate for groups of mixed ages and genders. But, as historian Jon Sterngass writes, to some critics it represented a danger to female morality.

Today, we might expect criticism of croquet to run along the lines expressed by Mark Twain, who called the game “ineffably insipid.” But Sterngass writes that many observers were disturbed by the way women shortened their dresses to play more comfortably, and the way young people took the co-ed sport as an opportunity to flirt. One magazine described the game as a “source of slumbering depravity, a veritable Frankenstein monster of recreation” and suggested that “it would be well if the enthusiasm of the clergy and laity were enlisted for suppressing the immoral practice of croquet.”

“I do not think there is any game which is so liable to put one out of humour as croquet.”

Croquet apparently had the potential to stir up not just lust but also the other deadly sins of anger and envy. Milton Bradley’s patented croquet set came with this advice to beginners: “KEEP YOUR TEMPER, and remember when your turn comes.” The International Herald Tribune reported that a woman testified during a separation hearing that her husband refused to speak to her for days after she questioned whether his ball had really gone through the hoop. The judge responded, “I do not think there is any game which is so liable to put one out of humour as croquet.”

Sterngass writes that the combination of co-ed play and intense competition challenged Victorian ideas about benevolent, moral womanhood. The game’s popularity also challenged male superiority in competitive endeavors. It seems that women frequently bested their male companions and were often—rightly or wrongly—accused of cheating. Men complained about women using illegal techniques like the “push shot,” or even using their dresses to conceal the ball while shuffling it along the lawn. An 1865 croquet manual complained that “We are aware that young ladies are proverbially fond of cheating at this game; but as they only do it because ‘it is such fun,’ and also because they think that men like it…” Sterngass notes that this kind of comment doesn’t actually explain their behavior, however, as female players were well aware that men wouldn’t appreciate cheating by women since they were constantly complaining about it.

A more shocking violation of Victorian propriety emerged from a variation of the game called “tight croquet,” in which players could put their ball next to their opponent’s, plant their foot on their own ball, and smash it with the mallet to send the other ball flying. The titillating overtones were teased out in the caption of a Punch cartoon featuring a woman revealing a bit of ankle while performing the maneuver: “Fixing her eyes on his, and placing her pretty little foot on the ball, she said, ‘Now then, I am going to croquet you!’ and croquet’d he was completely.” 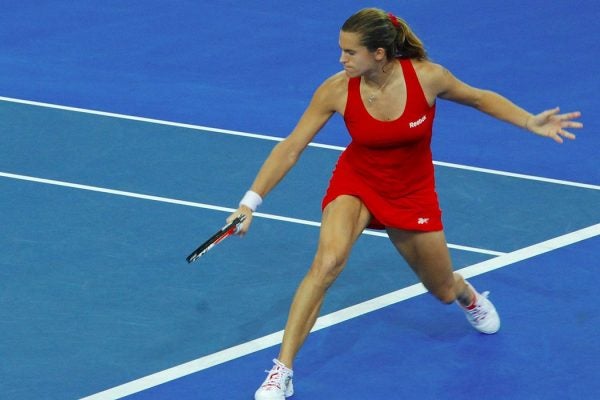