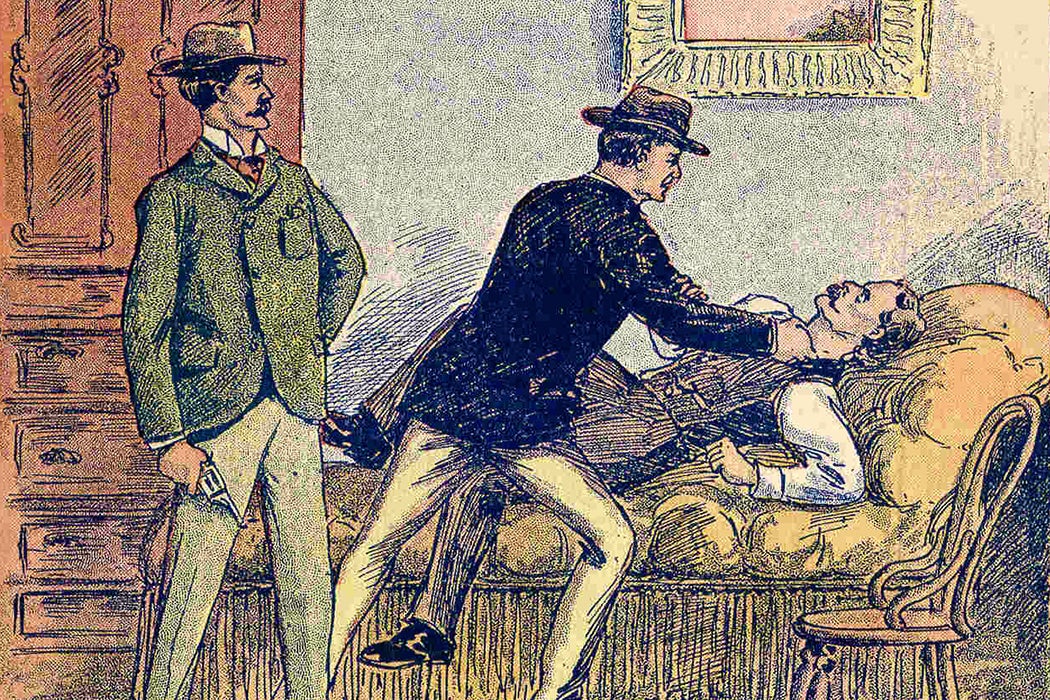 The Deep River in North Carolina is not that deep. Rising in High Point and joining with the Haw River in Chatham County, it passes through farmland, forest, and town before it empties into the Atlantic at Wilmington. Its rocky bed and steep slopes make it ideal for hydropower— to generate energy, water should be rushing.

It must have been a surprise, then, when Naomi Wise’s body was found floating in the ford in Randolph County. The swift current should have carried her away. Her lover, Jonathan Lewis, was strongly suspected of the drowning. He was tried, but acquitted.

You’d be forgiven for thinking this was the plot of a moody drama or a Dateline special. Actually, it’s the story told in “Omie Wise,” one of the many murder ballads that swept nineteenth-century America. After Wise became pregnant by an engaged man, he (allegedly) killed her to cover up the indiscretion. Court records of Jonathan Lewis’ trial exist, so we know the tale is, chillingly, true.

Murder ballads are “the oldest form of crime literature,” as the true crime writer Harold Schechter wrote in The Yale Review. They’re the first place Americans sought cheap thrills based on a true story. They were innovated by broadside balladeers of the British Isles. Broadsides were one of the first forms of printed news: as advances in printing made publishing cheap, pamphlets or posters were printed with the news of the day. They were written to appeal to a wide range of people, some of whom couldn’t read. The “ballad” style—a modern-day poem or song—was a common format, as they could easily be orated or set to music. The style made the news accessible to all, and, as the English professor Erik Nebeker noted in “The Broadside Ballad and Textual Public,” encouraged public debate. As art forms, they were also a form of entertainment, introducing an element of sensationalism we’d later see in tabloids.

Ballads were often composed at the time of trial as a means of getting the word out about local events.

Some ballads crossed the Atlantic with the wave of English and Scottish settlers to Appalachia. As cities and towns flourished, and justice systems organized, ballads became folk songs that told of the people and issues in the singer’s community. Songs like “John Hardy,” “Stagger Lee,” “Jesse James,” and later, “The Murder of the Lawson Family” covered true events. As the folklore scholar Ann Reichman notes in Folklore in Utah, ballads were often composed at the time of trial as a means of getting the word out about local events.

Seeking out sensational stories is a very human pursuit because, as it turns out, a lot of us like to be scared. The scientific jury is still mostly out on why some people go looking for a fear response in the form of haunted houses and scary movies, but often cited is the dopamine that’s released when we get spooked, creating a sensation similar to euphoria. As the historian Joy Wiltenburg writes in “True Crime: The Origins of Modern Sensationalism,” when we read a shocking story, the violation of social norms distorts our emotional response, creating excitement. The word “sensationalism” itself was coined in the nineteenth century to denounce works meant to elicit strong emotions, such as stories of in-cold-blood killings.

The sensationalism established in the murder ballad traces a direct line to the true-crime boom of today. It stayed a storytelling constant in American society, from penny dreadfuls to urban legends to Lifetime original movies. Serial established true crime as a dominant genre in the podcast industry. In 2019, true crime podcasts filled the first three slots of the most-subscribed-to shows on Apple Podcasts, and account for five of the top 15. True crime podcasts are now so ubiquitous that the phrase “true crime podcast” has become sort of a punchline, a byword for “guilty pleasure.”

The other function of true crime is as a cautionary tale: a warning to steer clear. It sometimes sounds like what we’d now call victim-blaming: If you don’t want to end up like Omie Wise, don’t follow men to the river (as opposed to making the moral of the story, say, “don’t murder people”). Take, for example, the ending from a version of “Pearl Bryant:”

Now all young girls take warning, for all men are unjust
It may be your truest lover; you know not whom to trust
Pearl Bryan died away from home on a dark and lonely spot
My God, believe me girls, don’t let this be your lot.

Like murder ballads, many modern true-crime franchises, and podcasts in particular, assert that they exist to arm potential victims with the knowledge they need to fight back, or to honor victims by keeping their stories alive. But evidence shows there’s not nearly as much to fight back against or fear these days: “The Fear of Crime in the United States: A Tale of Two Genders,” published in the International Journal of Sociology of the Family, points out that although fear of crime is heightened among women, they’re less likely to be victimized than in the past. And that’s what makes crime sensational: Murder, especially in the largely white world of true-crime media consumers and producers, is rare, which makes it easier to seek excitement from than a more mundane topic. At its beating, bloody heart, the lure of murder media remains the same: a spooky story that could—but probably won’t—happen to you.

Share Tweet Email Print
Have a correction or comment about this article?
Please contact us.
crimefolk musicFolklore in Utah: A History and Guide to ResourcesInternational Journal of Sociology of the FamilyMidwest FolkloreStudies in English Literature, 1500-1900The American Historical Review 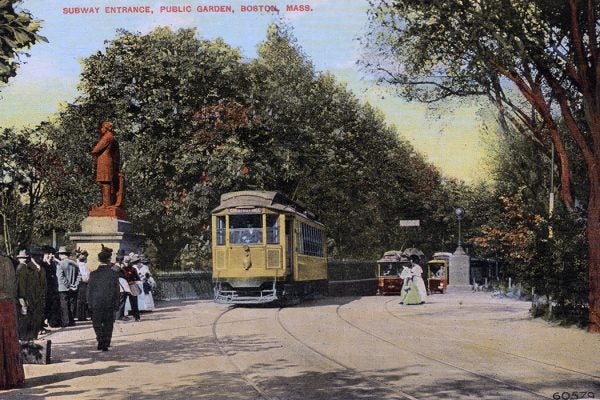 "M.T.A." is a humorous ditty about a never-ending subway ride. But it began in Boston's progressive political circles.