The Long Fight for D.C. Statehood

Will the District of Columbia ever get its own star on the American flag? It’s been an uphill journey so far. 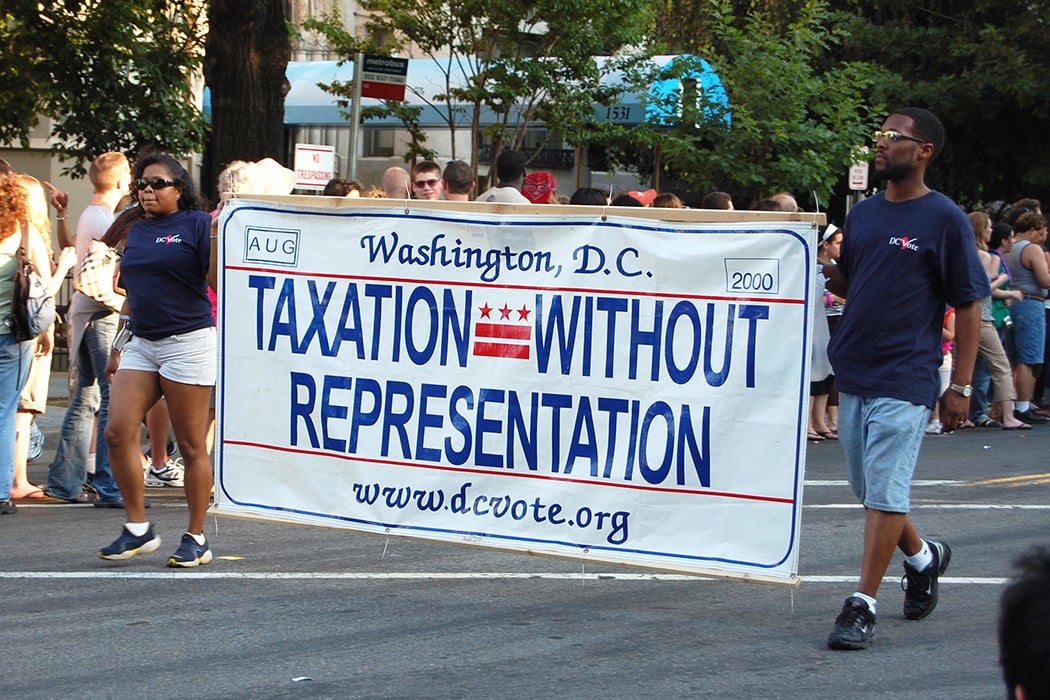 Making Washington, D.C., into a state now has the most support that it’s ever had in Congress, and some commentators are urging the Democratic Party to scrap the filibuster and push the measure through. Historian George Derek Musgrove looks back at the history of the fight for D.C. statehood, finding that the issue took a long time to build momentum.

For most of its history, Musgrove writes, few people considered the notion of making the District of Columbia a state. When labor leader A.E. Redstone advocated for the formation of a state of “Columbia” in 1893, he got little support. But that began to change in the 1960s and ’70s. Some Black activists, outraged at congressional efforts to build freeways through the center of Washington, saw statehood as a way to gain power over their own city.

For the most part, though, city leaders saw statehood as a pipe dream. Instead, they pushed for a constitutional amendment, the D.C. VRA, which would have granted the district the same voting rights in Congress as a state. Congress passed the amendment in 1978, sending it to the states for ratification.

Elected delegates came up with what the convention president called “the most progressive official state document…in the history of this nation.”

Not everyone supported staying away from the idea of statehood, though. In 1980, Musgrove writes, a radical priest named Ed Guinan got a referendum placed on the D.C. ballot asking whether the district should pursue statehood. Despite little organized support, it passed. The next step in the process that Guinan had laid out was a convention to propose a constitution for the state of “New Columbia.” Elected delegates came up with what the convention president called “the most progressive official state document…in the history of this nation.” It included a full employment guarantee, gay rights provisions, protections for people accused of crimes, and public workers’ right to strike. Washingtonians agreed to the proposed constitution by a slim majority, sending it on to Congress.

Meanwhile, the D.C. VRA won approval from only sixteen of the thirty-four state legislatures it needed before time to ratify the amendment ran out in 1985.

By the end of the 1980s, Musgrove writes, most of the city’s leaders had reluctantly come around to the view that pushing for statehood would be the best way to achieve their goals. The campaign got a boost in 1989, when Jesse Jackson moved to D.C. He pushed for the new state, framing the issue around nationwide questions of Black political representation and arguing that it “may be the only way to integrate the US Senate.”

But opposition ramped up, too. A 1990 direct-mail campaign organized by a Republican operative warned readers that creating the new state would get them a senator who “applauds Castro” and embraces “Arab terrorists” and “Black Muslim hatemongers.” In a 1993 House vote, 105 Democrats joined the entire Republican caucus to send a statehood bill down to defeat.

In 2020 things went differently. The House passed a D.C. statehood bill, though it was largely a symbolic vote, since it couldn’t pass the Senate. As the question is now coming up again in a more serious way, the signature “Taxation without Representation” might not be long for D.C. license plates. 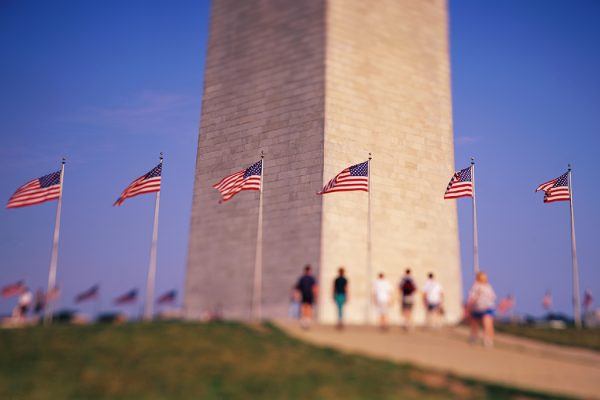 When the U.S. federal government first moved to D.C. in 1800, the city was still largely swamp. Tourists didn't start to visit until many decades later.