The Long Afterlife of Freedman’s Village

Freedman’s Village, created in Arlington, VA at the end of the Civil War, became a thriving community of Black residents as part of Reconstruction. 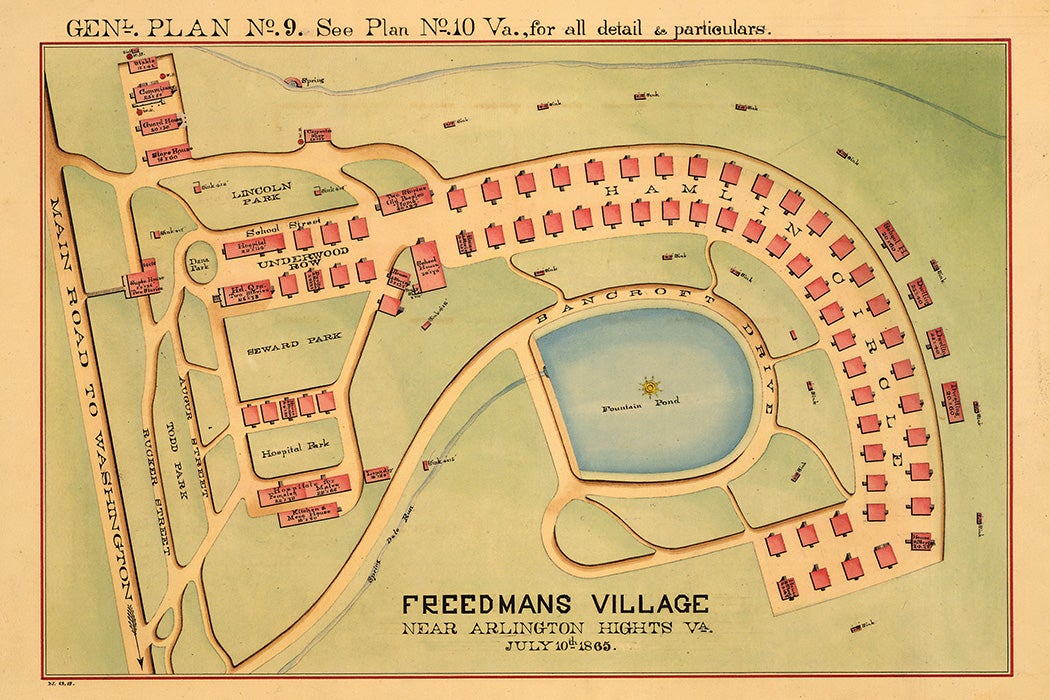 Despite its short duration, the Reconstruction era transformed the nation in many ways. Historian Lindsey Bestebreurtje describes one example: the Black Virginia community known as Freedman’s Village.

During the Civil War, Bestebreurtje writes, many people freed themselves from slavery at great personal risk, finding their way to “contraband camps” behind Union lines. Washington D.C., located close to the South, and with a strong pre-existing Black community, was a particularly attractive destination.

While most federal approaches to freedpeople centered on returning them to agricultural work, the institutions in Arlington prepared residents for skilled jobs.

The Village was a planned community with roads, white-washed clapboard duplexes, vocational schools, and a hospital. It became a showplace where officials could demonstrate their care for the formerly enslaved to visiting foreign dignitaries.

In reality, Bestebreurtje writes, Freedman’s Village represented a unique model. While most federal approaches to freedpeople centered on returning them to agricultural work, the institutions in Arlington prepared residents for skilled jobs. Many found work in the growing federal bureaucracy, supported by government anti-discrimination hiring policies.

Residents of the Village opened churches and schools for children and adults. The chorus of the song “Uncle Sam’s School” reflected the enthusiasm for education: “Come bring your books and don’t be a fool, for Uncle Sam is rich enough to send us all to school.”

Following the war, the federal government quickly closed most contraband camps. But Freedman’s Village continued to flourish. More churches sprang up. So did fraternal organizations like the Grand United Order of Odd Fellows, which hosted social events, provided burial services, and organized mutual aid funds. Some residents bought their homes from the government, and others built new houses and farms.

But, Bestebreurtje writes, as the federal government wavered in its support for Reconstruction, its relationship with Freedman’s Village changed. By the 1870s, some in the government were disingenuously referring to its residents as “squatters.”

In the 1880s, federal actors and land developers pushed Congress to close the community so the land could be used for other purposes. Many white Arlingtonians joined the effort, eager to reduce local Black political power. White politicians and newspapers mischaracterized the community as impoverished and dependent on government aid.

Despite forceful pushback from the highly organized Village community, in 1887, the federal government began evicting residents. Although many had bought their homes, the government now insisted that the Village had been created with the understanding that residents must “move when required.”

Bestebreurtje writes that some residents delayed their departure, and some received compensation for the seizure of their homes, but by 1900 they had all moved away.

Still, many former residents remained in the local area, becoming part of strong working- and middle-class communities in Arlington. Some built new homes in the clapboard style of Freedman’s Village. Institutions like the Odd Fellows continued from new locations. The community built at the Village didn’t disappear, but became the foundation for new kinds of support and mutual aid in the twentieth century. The land itself is now occupied by the Arlington National Cemetery. 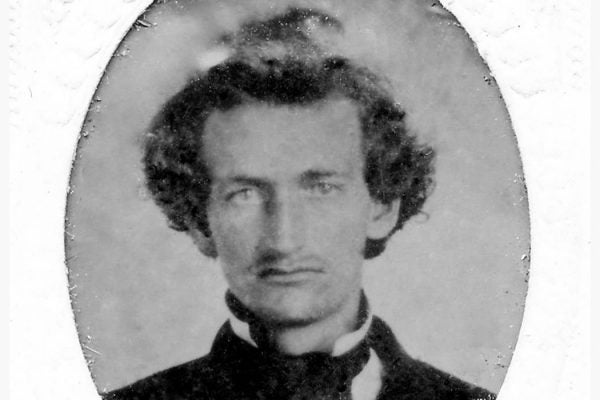 James Hinds was assassinated for his beliefs, and today is largely forgotten. He stood up for African-American civil rights during the Reconstruction, provoking the KKK's ire.