Rosa Parks and the Power of Oneness

Rosa Parks shook the world of Jim Crow by refusing to give up her seat to a white man on her way home from work. 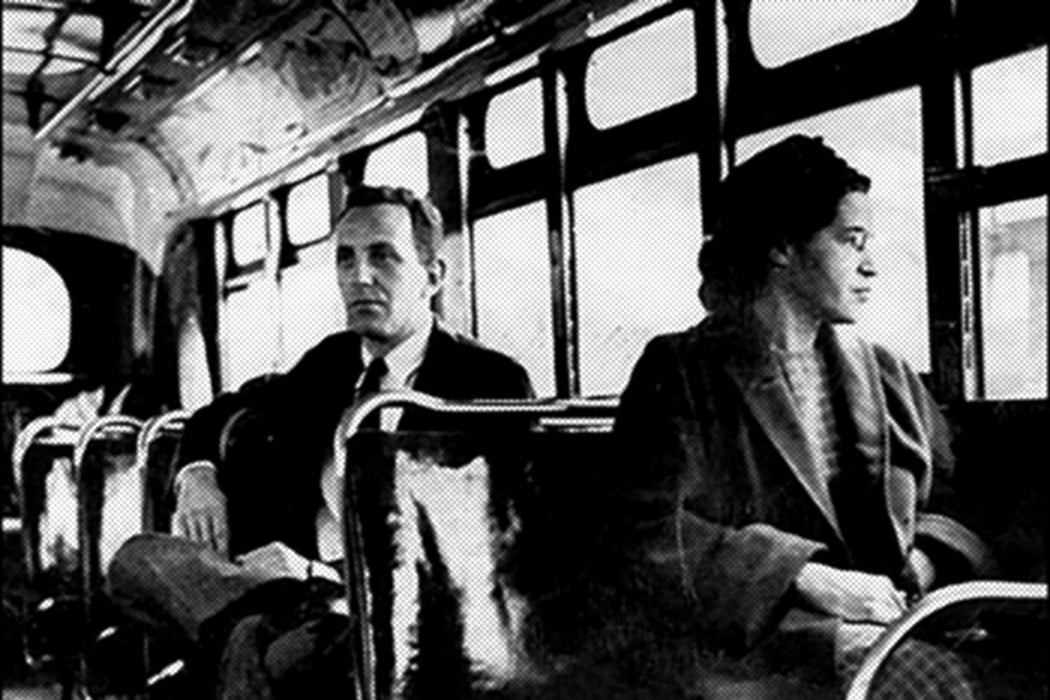 The photo has become emblematic. Rosa Parks is sitting on a Montgomery, Alabama, bus. In a seat behind her is a white UPI reporter. She is meticulously dressed, sporting a hat common among stylish 1950s women. She stares out the window, seemingly oblivious to the camera. It is the first day that the buses in Montgomery are integrated.

Just a year before, on December 1, 1955, Parks, a 42 year-old seamstress and household domestic, shook the world of Jim Crow by refusing to give up her seat to a white man on her way home from work. She was arrested for her act of defiance and eventually paid a fine. A bus boycott, inspired by her the events and led by a young preacher named Martin Luther King Jr., eventually succeeded with the help of a federal lawsuit.

While Parks wasn’t the first to challenge bus segregation, she was the most potent symbol of resistance and civil disobedience.

Parks became the mother of the Civil Rights movement. Upon her death in 2005, she became the first woman to lay in state at the U.S. Capitol Rotunda. Her funeral in Detroit attracted political luminaries, including Bill and Hillary Clinton. Political liberals and conservatives of all races lionized her, affirming the legend that Parks’ singular action, an individual standing up to American apartheid, broke the back of legal segregation and oppression.

As with most historic iconic legends, the historic reality, however, was more complicated.

Parks was not the first to challenge bus segregation in Montgomery. Others, including Claudette Colvin, Aurelia Browder, Mary Louise Smith, and Pauli Murray, had gone before her. Parks was not a simple, uneducated woman just tired from a day’s work. While she did work as a seamstress and a domestic for a white family who encouraged her Civil Rights work, she was an educated social activist. She had attended social justice seminars in Tennessee and was the secretary for her local NAACP chapter.

While she wasn’t the first, and didn’t quite fit the model of a simple woman acting with unexpected defiance, she was the most potent symbol of resistance. The local African American leadership was looking to challenge Jim Crow which, among other indignities, forced black people to ride on the back of the bus. But Colvin, arrested in March 1955, was pregnant with a married man’s child at the time. Smith, then just 18, was arrested for refusing to give up her bus seat in October of that year, but local leaders decided that her father’s reputation as an alcoholic would work against generating public sympathy.

Parks filled the void. She was, according to sociologist Barry Schwartz, a married woman with no skeletons rattling in her personal closet. She was well-known to the local black leadership, was a counselor for a youth group, and was an active member of her church. Schwartz notes that Parks fills the role of “oneness, ” the concept that people can more easily relate to a specific person, even if the historic reality points to a wider social movement.  Parks’ symbolic role helped outsiders relate to what was a complex series of events.

The boycott was a complicated endeavor, filled with long meetings with the local white power structure and organizing taxi services to shuttle Montgomery’s black population to their jobs and appointments. Locals supportive of the boycott raised signs proclaiming “When They Messed With Her, They Messed with the Wrong One.” Parks spent much of that time on the road, speaking to national audiences. After the boycott, Parks eventually moved to Detroit, where she continued her civic activism and worked for Congressman John Conyers.

“Given the limits of human cognition…complete information confuses,” writes Schwartz. “The action of a single individual is easy to graph and remember.” Rosa Parks wasn’t the first to step forward, and she wasn’t the main organizer of the boycott. And yet there are 21 streets in more than 14 states named for Parks. Her action galvanized a movement and generated massive sympathy, even if the narrative of a simple individual acting against the powers-that-be was grossly simplified.

As Schwartz puts it, “History informs. Commemoration inspires and motivates.” 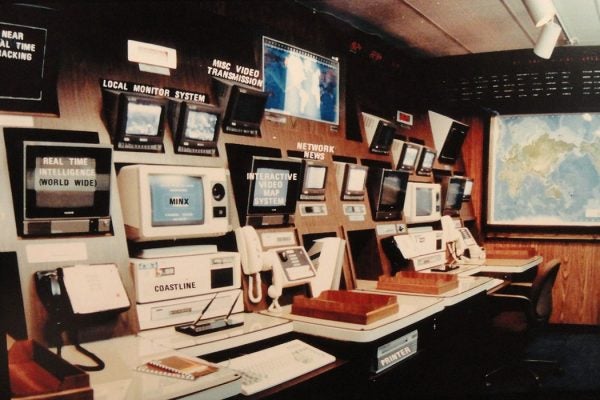 The National Security Advisor: A Primer

Presidents have appointed National Security Advisors since 1953. Since the 1960s, they've become increasingly powerful within the Executive Branch.