For more than a century, Hollywood has been offering Americans lifestyle advice on how to live better, and the public has been gobbling it up. 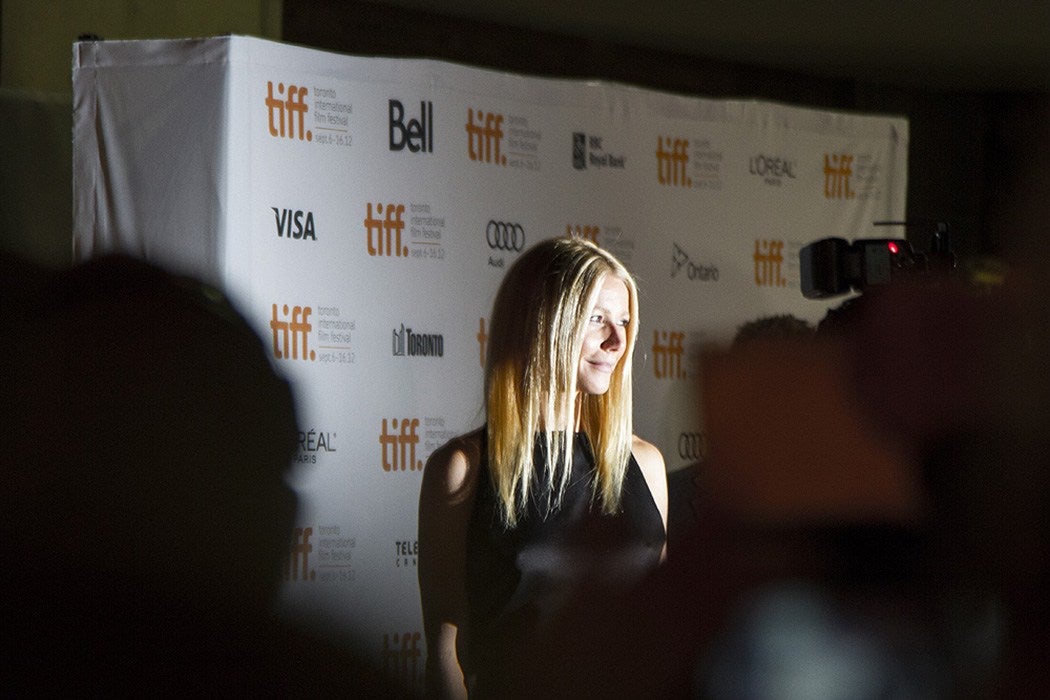 With the 2017 Oscars approaching, the internet continues to buzz with stories about Gwyneth Paltrow’s Goop, especially its endorsement of a far-out alternative wellness practice—jade eggs to be worn by women, uh, internally to “harness the power of energy work, crystal healing, and a Kegel-like physical practice.” This is just the latest round in the press’s love-hate relationship with the golden-haired Oscar winner and lifestyle queen. Entertainment writers can’t seem to get enough of Paltrow’s health, food, and fashion pronouncements, from smoothie recipes made with pricey ingredients to alarmist (and occasionally controversial) health articles. Still, Paltrow is hardly the only celeb to want to tell us what to eat and buy. For more than one hundred years, Hollywood actors and actresses have been offering Americans lifestyle advice on how to live better, and the public has been gobbling it up.

A century ago, two of the biggest female stars in the country were vivacious comedienne Mabel Normand and America’s Canadian-born sweetheart, Mary Pickford. Both actresses had been part of Hollywood since its beginning and were in the first generation of movie actors whose names were revealed to the public. In the early days of cinema, producers opposed the creation of cults of celebrity personality. They wanted stars to remain anonymous. Studio heads hoped that nameless cinema actors (unlike their stage counterparts) would make few demands, financial or otherwise. In 1910, Carl Laemmle, head of the fledgling Independent Moving Pictures (later to become Universal Pictures) planted an article claiming that Florence Lawrence, a popular leading lady, had been struck and killed by a streetcar. After this news story made her name famous, Laemmle revealed that Lawrence was, in fact, alive—and set to star in one of his films. Other studios followed his lead. Soon the benefit of publicity based on stars—and their perceived real-life personalities—became an integral part of the promotion of motion pictures.

What was revealed about those wayward and all-too-human personalities was often just as phony as Laemmle’s publicity stunt. Mabel Normand was a working-class girl whose beauty, intelligence, and comedic talent catapulted her into the top ranks of silent actresses. Her publicists portrayed her as both extraordinary and relatable. In 1918, for example, a fan magazine presented Normand as a likable role model with refined literary tastes. Most likely, few of Normand’s fans’ actually read all the literature and philosophy the actress claimed to keep on her shelves. Still, the public’s appetite for advice—primarily as it related to food, decor, and lifestyle—was bottomless.

As far back as 1916, both Normand and Pickford contributed to a cookbook titled Celebrated Actor Folks’ Cookeries: A Collection of the Favorite Foods of Famous Players. Normand supplied a recipe for a spicy chicken dish; Pickford offered a recipe for jam tarts that, she assured readers, was so simple to make that even she could manage them. Pickford, one of Hollywood’s shrewdest stars, presented herself to the public as an unskilled but eager baker; not once did she suggest that, as a busy and successful actress, she had better things to do than cook.

At the time, readers would have assumed that Pickford’s occasional forays into the kitchen were undertaken for the benefit of her husband, the Irish actor Owen Moore. Still, it’s unlikely that Pickford’s unhappy marriage to Moore inspired in her the urge to bake. In 1918, Pickford began an affair with screen star Douglas Fairbanks. Two years later they would marry—shortly before her divorce from Moore was final.

Clearly, stars of the silent and early sound era led lives that were significantly more bohemian than what was acceptable in most of America. Premarital sex and homosexuality were commonplace and raised few eyebrows. To avoid alienating the public, actors and actresses had to play roles both on-screen and off-, and their personas had to be carefully constructed and maintained.

In 1921, accusations of rape were leveled at Normand’s frequent costar, comedian Roscoe “Fatty” Arbuckle. Arbuckle and some of his industry pals threw an alcohol-fueled private party (Prohibition, enacted in 1920, had done nothing to slake Hollywood’s thirst for booze). A group of revelers assembled to drink and carouse. Starlet Virginia Rappe fell ill during the evening and subsequently died. Arbuckle was charged with rape and murder.

Rappe’s sad demise was ready-made for the scandal sheets of the time. They planted an image in the public mind of the hefty comedian crushing the fragile actress. It didn’t help that Arbuckle had a reputation for self-indulgence and excess (his contribution to Celebrated Actor Folks’ Cookeries was a “fricassee of lobster and mushrooms” enriched with sherry and butter). Arbuckle was eventually acquitted, but his reputation was irretrievably destroyed. The newly appointed head of the Motion Picture Producers and Distributors of America, Will Hays, made sure that Arbuckle was banned from the industry for several years. He died at age 46 in 1933, just as he was making a comeback. Similarly, in 1922, Mabel Normand was briefly implicated in the mysterious murder of director William Desmond Taylor, much to the delight of the yellow press. Like Arbuckle, she died young, at age 37 in 1930.

From the 1930s on, the industry tried to clean up its image by covering up and repressing its stars’ sexuality. Lavender marriages became a way to hide non-heterosexual behavior. Some stars were pushed out of the industry, and others just gave up. For example, gay star William Haines was one of Hollywood’s most popular leading men in the late 1920s; in the 1930s he abandoned acting and became an interior decorator instead. It was no coincidence that Haines was able to step so easily into a second career designing Hollywood showplaces. For years, stars had worked with interior decorators to create domestic spaces that could function as extensions of stars’ public images. These set pieces were constructed and then photographed for fan magazines.

Hollywood executives weren’t always as eager as Hays to censor the movies. Sexy and violent on-screen imagery helped sell tickets, and during the Depression boosting ticket sales was of paramount importance. But fans still liked to think their sexy, violent movie stars were just regular folks when at home with their families. For example, 1931’s Favorite Recipes of the Movie Stars took pains to reinforce the domesticity of Hollywood actresses. The recipe collection’s anonymous author observes that “Mrs. Richard Arlen” (silent film actress Jobyna Ralston) was “one of Hollywood’s best housewives.” Mary Astor, Irene Dunne, and a host of other celebrities donned aprons and mugged for the camera. Bubbly blond bombshell Alice White left no doubt as to who the intended audience for this cookbook was. “Any girl can be a good cook if she really wants to,” she enthused. There were a few token male stars included in the collection (such as Mary Pickford’s stepson, Douglas Fairbanks, Jr.) but, to reinforce their manliness, most of their recipes were attributed to their wives or cooks.

Censorship notwithstanding, sex and violence continued to be staples of the movies, even if the presentation had to become subtler after the imposition of the Motion Picture Production Code in 1934. In 1938, blond actress Joan Bennett starred in Trade Winds, in which she played a criminal on the lam who conceals her identity by dyeing her hair black. The transformation from ingenue to femme fatale was so successful that Bennett didn’t immediately go back to her natural hair color. Instead she used her new look and image to pursue darker roles in crime dramas and thrillers. Still, Bennett wasn’t just an ambitious actress with a sultry image; she also wanted to be a model housewife supporting the war effort. In her 1943 book, How to Be Attractive, she dispensed sisterly advice on body odor, bad breath, dieting, clothes, dating, and reading. The book grew out of articles she had written for the photo-centric magazine Look, and the magazine’s editor in chief gave her a hearty endorsement, reassuring female readers that the actress was “a successful home-maker, a zealous mother, an active citizen, and a star in her own profession.”

The following year Bennett would make the classic Fritz Lang film noir, Scarlet Street, in which she plays an opportunistic man-eater. In the same year, Barbara Stanwyck transformed herself into the most famous (and terrifying) femme fatale of all, Phyllis Dietrichson in Double Indemnity. Stanwyck took care to appear more likable in a subsequent film, Christmas in Connecticut. In it, she plays a magazine writer whose monthly column is devoted to descriptions of the mouthwatering meals she concocts for her family in her Connecticut farmhouse. (It’s fiction—she’s a single gal in Manhattan who eats takeout.) For all the charm of her performance, the film does mischievously suggest that being a homemaker is a kind of masquerade. Indeed, when “zealous mother” Bennett came out with a second edition of How to Be Attractive in 1951, she had to endure the humiliation of scandal when her husband, producer Walter Wanger, shot and wounded a man he suspected of being her lover.

As the years went by, viewers continued to look to Hollywood for advice. In the 1980s, as she entered middle age, Jane Fonda donned a pair of leg warmers and reinvented herself as a fitness guru. Decades later, when Paltrow wanted to make a similar mid-career shift, she gathered together many different self-improvement threads: food, fitness, style, decor, and health. Perhaps this is a result of the impossible standards set for women today: Paltrow portrays herself as a caring mother, flawless hostess, and a great cook with a tiny appetite and a perfectly toned rear. (Fonda just needed to look good in a leotard.)

Still, there might be something more positive at work—a blossoming of food culture that has made the culinary world seem every bit as glamorous as Hollywood (and as worthy of a great star’s attention). Essayist and food writer Betty Fussell (whose first book, published in 1982, was a biography of Mabel Normand) wrote a decade ago: “Food, thank God, has joined the pantheon of subjects that matter, like sex, death, movies, and how best to live in a world we are constantly destroying.” She remarked, sadly, that Normand would have been better off eating more and drinking less. Fussell, it should be noted, is going strong at the age of 89. She published a book of essays in November 2016. It’s hard to think of anyone from whom to get better advice.

If you enjoyed this article, you may also enjoy:

Share Tweet Email Print
Have a correction or comment about this article?
Please contact us.
foodHollywoodAmerikastudien / American StudiesCinema JournalFilm HistoryFrontiers: A Journal of Women StudiesGastronomicaTDR (1988-)The Annals of the American Academy of Political and Social Science

Ever since the publication of White Teeth, Zadie Smith has made a career of writing about the actual experiences behind topics like race and immigration.