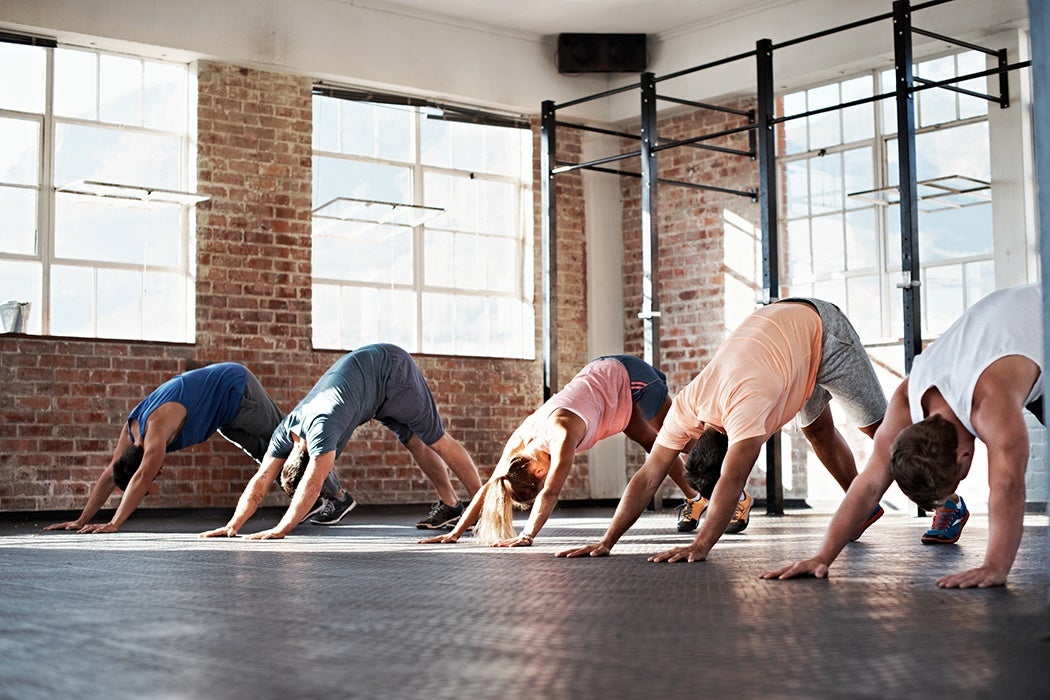 On a 1979 edition of 60 Minutes, Dan Rather declared: “Wellness. There’s a word you don’t hear every day. It means exactly what you might think it means: the opposite of illness…. It’s a movement that is catching on all over the country.” Later in the segment, Rather spoke to Dr. John W. Travis, founder of the Wellness Resource Center in Marin County, north of San Francisco. “Just because you aren’t sick,” Travis told Rather, “you don’t have any symptoms, and you could go get a checkup and get a clean bill of health, that doesn’t mean that you’re well.”

Once associated with the utopian New Age subcultures of places like Marin County and Santa Fe, wellness has gone mainstream. The landscape is crowded with the business of it: juice bars, meditation retreats, detox diets, mindfulness apps, and retailers of downward-dog-friendly Lycra. Gwyneth Paltrow’s lifestyle blog Goop, the movement’s standard-bearer, was joined last month by Arianna Huffington’s Thrive Global, a new wellness platform “addressing a deep need of our modern societies.” At schools, hospitals, and even prisons, proponents cite the self-empowering potential of wellness policies, pointing to soaring morale and stress reduction. Wellness programs now span companies and industries across America, promoting health and “self-management strategies” while promising to boost productivity and curb health care costs. There are now wellness consultants, for those who can pay for the privilege of self-improvement, wellness vacations aboard holistic cruises, and even purveyors of wellness for cats and dogs.

The term wellness was popularized in the late 1950s by Dr. Halbert L. Dunn, the so-called father of the movement. Writing in the Canadian Journal of Public Health in 1959, Dunn defined “high-level wellness,” the organizing principle behind his work, as “a condition of change in which the individual moves forward, climbing toward a higher potential of functioning.” Dunn drew a distinction between good health—the absence of illness, or the passive state of homeostasis—and wellness as an active, ongoing pursuit. While good health is objective, dictated by the cold, hard truths of modern medicine, Dunn’s wellness is subjective, based on perception and “the uniqueness of the individual.” Dunn’s ideas have gained a steady following, approaching near-ubiquity in the 21st century—in 2015, the global wellness industry was valued at $3.7 trillion.

But without the emergence of Europe’s middle classes, without the wealth and leisure afforded by the Industrial Revolution, today’s wellness culture wouldn’t exist.

In 1891, Louis Kuhne, a resident of Leipzig, Germany, published The New Science of Healing, in which he recounted his struggles with pain and chronic illness and how he overcame them. “At first I sought the aid of ‘regular practitioners,’” wrote Kuhne, “but without regular result. Neither did I, in truth, feel much confidence in them.” Spurning the medical establishment, Kuhne’s guide prescribed natural cures for every ailment: fresh air, strict vegetarianism, abstaining from salt and sugar, and taking up hydrotherapy, a combination of steam baths and cold water plunges to rid the body of disease. Kuhne opened a clinic in Leipzig, where he enjoyed a successful career as a health entrepreneur.

In the late-nineteenth century, newly prosperous Europeans created a wellness culture that went by another name: “life reform.”

The German author was a journeyman-carpenter who lacked medical training, but his book was a best seller, translated into several European languages. Kuhne was hardly a special case; he reflected the zeitgeist. In the late-nineteenth century, many Europeans saw urban, industrial society as degenerative, damaging to body and soul. The modern masses seemed dangerously disconnected from nature. Sedentary white-collar work was unhealthy; the march of technology dehumanizing. Modern medicine wasn’t helping either; doctors, now members of a professional practice, treated patients schematically, not as individuals with holistic needs. After 1874, when Germany passed a law mandating smallpox vaccinations, the effects of which historian Claudia Huerkamp examined in the Journal of Contemporary History, anti-vaccination activists condemned “poisoning” by the establishment and rallied around alternative medicine, available on an expanding health market.

In the late-nineteenth century, newly prosperous Europeans created a wellness culture that went by another name: “life reform.” It consisted of a growing network of groups and organizations whose members, including Louis Kuhne, experimented with vegetarianism, raw food diets, open-air exercise, nudism, spas, and sunbathing. These men and women subscribed to magazines called Vegetarian Lookout and The Natural Doctor, disavowed white bread and other processed foods, and vacationed at health resorts promising weight loss or a respite from the dizzying pace of modern life. What began as an effort to mitigate the side effects of affluence, namely inactivity and indulgence, transformed the very meaning of health, from not being sick into “a rational, hygienic lifestyle that stressed self-restraint and moderation in all aspects of life,” writes Michael Hau, a historian of Germany’s life reform movement.

The aesthetic ideal of the lean, muscular body may derive from Greek antiquity, but it was life reformers who turned the well-cared-for physique into a virtue, Hau explains. Good health became synonymous with beauty and self-fulfillment. As Europeans grew more body-conscious, anxieties about physical appearance fueled an insatiable public appetite for self-improvement books. A wellness industry was born, the trappings of which included healthy foods and drinks, the right attire, and retreats to the sanatorium, the exclusive health spa that was dissected in the pages of Thomas Mann’s The Magic Mountain.

“One of the ironies of the health-consciousness of the period,” Hau notes, “was that it perpetuated the feelings of personal inadequacy that gave rise to it.” As a new ideal of health filtered into the mainstream, more work was required to achieve it.

But for many life reformers, asceticism was a source of pleasure. Shedding stuffy Victorian garments and taking to the outdoors, they claimed self-liberation and acted on utopian impulses. “Life reform gave its supporters a sense of agency in their own future,” explains Hau, amid sweeping economic and social change. The body became a source of autonomy and self-determination, at least for those men and women who had the resources to cultivate it. Friedrich Bilz, a German author, naturopath, and founder of a health spa near Dresden, sold 3.5 million copies of his health advice book, which was translated into 12 languages. It touted the joys of healthy eating and exercise as well as the freeing possibilities of going barefoot. His book featured letters—stories of personal transformation—that confirmed the bourgeois work ethic: In the modern world, relentless striving was the recipe for success.

Doctors also participated in nineteenth-century wellness culture. Ferdinand Hueppe, a physician who, in the 1880s, worked in the laboratory of Robert Koch (the founder of modern bacteriology), left basic science to study exercise and to promote the benefits of physical activity in schools and white-collar workplaces, both of which required long periods of being seated. In 1899, Hueppe published the Manual of Hygiene, one of the first works of exercise physiology, a field that was coming into its own by 1904, when Danish gymnastics educator J.P. Müller pioneered My System, a 15-minute daily workout that could be performed almost anywhere (with visible results!). A hit across Europe, it became the favored fitness regimen of a young, health-conscious Franz Kafka.

Doctors were also health entrepreneurs, establishing sanatoria, yesterday’s version of today’s Canyon Ranch, where, for a hefty daily fee, patients focused on recovering from illness and overcoming their alienation from nature. Lodgings were often luxurious, but open-air exercise and even manual labor were prescribed, explains Hau. At places like Dr. Ehrenwall’s Sanatorium in Germany’s Rhineland, patients carved wood and worked with leather outdoors. Writing in 1924 in The American Journal of Nursing, Mary Campbell, an American nurse, observed that in recent years, health had become a commodity. “In the present instance the product is health,” she explained. “The set-up for business is: the sanatorium, the wholesale house; the patients, the retailers.” Through consumption, nineteenth-century wellness culture promised health and, by extension, success and personal fulfillment.

Do economic pressures explain the reemergence of wellness culture? The beginning of the twenty-first century shares some of the defining features of the end of the nineteenth: a technology revolution, capitalist expansion, wealth concentration, labor insecurity, and with it, status anxiety. As early as 1959, Dunn echoed nineteenth-century fears of modernity’s ill effects. “As people are crowded closer and closer together in urban living, freedom of action becomes progressively restricted,” he noted, pointing to “rampant population increase” and “higher mobility” as barriers to high-level wellness. But Dunn’s ideas started off with a small audience; it took decades before Oprah, Dr. Oz, and other popularizers of wellness were propelled to celebrity.

Feminist critics of wellness culture make a strong case for what’s wrong with it by looking at popular culture.

More recently, feminist scholars have examined constructions of health by looking at popular culture, drawing similar conclusions to those of historians of nineteenth-century wellness. Bodily self-improvement is often “conflated with questions of aesthetics, sexuality, and consumerism,” according to Carol-Ann Farkas, whose research surveys wellness magazines such as Self and Men’s Health. Writing in Studies in Popular Culture, Farkas revisits feminist criticisms of wellness culture as “a radical turning inward of agency toward the goal of transformation of one’s own body, in contrast to a turning outward to mobilize for collective action.” For Farkas, the key moment was not Dunn’s 1959 formulation of high-level wellness, but Oprah’s “put on your oxygen mask first,” her entreaty to prioritize the self before tending to others.

Feminist critics of wellness culture make a strong case for what’s wrong with it, but the embodiment of social problems isn’t new. In 1905, Europeans talked about neurasthenia instead of “clean eating,” and sipped Sinalco, a healthy alternative to alcohol, instead of cold-pressed juices. Life reform refined bourgeoisie sensibilities and was often expensive, like purchasing a Vitamix or enrolling in the latest boutique fitness class. Far more consequential was that life reformers, in pursuit of a more natural, disciplined lifestyle, blended health with beauty. It didn’t take long before a person’s outward appearance was taken as an indication of their physical, spiritual, and mental health, a development that would have dangerous, even deadly, consequences. Wellness culture has promised success for more than a century, success in the struggle for survival through bodily control and self-discipline. The modern world is a Darwinian place: As long as there is disenchantment with it, there will be the false redemption of wellness. 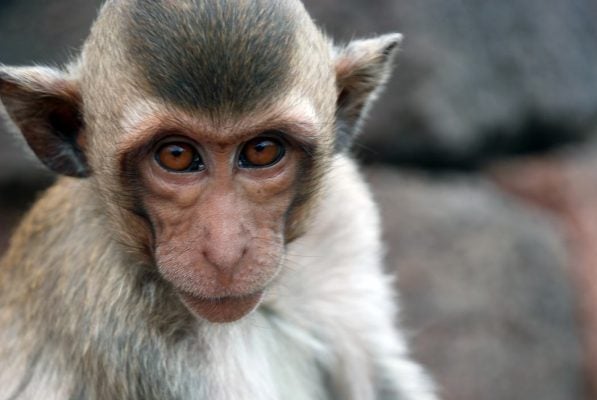 What Makes a Brain “Speech Ready?”

Can monkeys talk? According to new research, they could, if their brains would let them.