Ever since the publication of White Teeth, Zadie Smith has made a career of writing about the actual experiences behind topics like race and immigration.

During his last month in office, President Obama met with five of his favorite writers, acknowledging that reading books had helped him immensely throughout his years in office; the New York Times reported that Obama saw novels and other art as “a reminder of the truths under the surface of what we argue about every day.” One of these writers he met with was the novelist Zadie Smith, whose new book Swing Time is out now.

Ever since the publication of her debut novel White Teeth, Smith has made a career of writing about the actual lived experiences behind hot topics like race and immigration. As BuzzFeed describes it in this great roundup of Muslim-themed novels, White Teeth explores how the lives of “Bengali, Jamaican, and English folk become intertwined in complex and unexpected ways in modern London. Nearly universally acclaimed as a modern classic on the immigrant experience.”

Katina Rogers wrote a thoughtful analysis of the novel’s themes called “Affirming Complexity: ‘White Teeth’ and Cosmopolitanism.” In it she notes, “Traditionally, the theory of cosmopolitanism posits this tolerance above any allegiance to culture, history, religion, or political ideology. For cosmopolitanism, an allegiance to humanity must be maintained in order to put an end to the oppression and stereotyping that occurs in so many domains.” She goes on to examine how Smith’s fiction interrogates the possibilities, noting that:

In order to deny history in favor of an untroubled universalist standpoint, it is necessary to assume that immigrants “step into their foreign lands as blank people, free of any kind of baggage, happy and willing to leave their difference at the docks and take their chances in this new place, merging with the oneness of this greenandpleasantlibertarianlandofthefree. Whatever road presents itself, they will take… weaving their way through Happy Multicultural Land.”

The whole essay is great reading for today’s political climate, full of “reminders of the the truths under the surface of what we argue about every day,” and is available for free PDF download here. 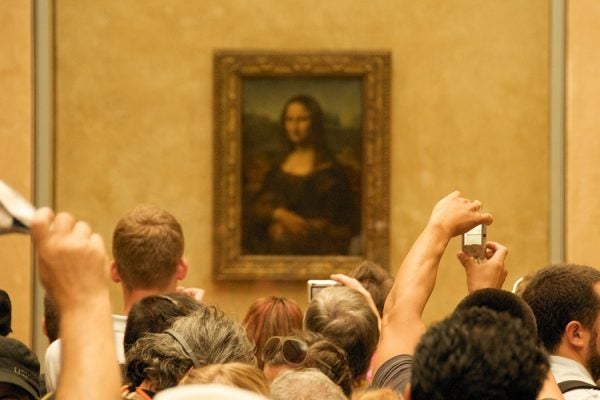 The Mystery of the Mona Lisa

The mystery surrounding the 1911 theft and subsequent conspiracy theory catapulted the Mona List into the popular imagination.