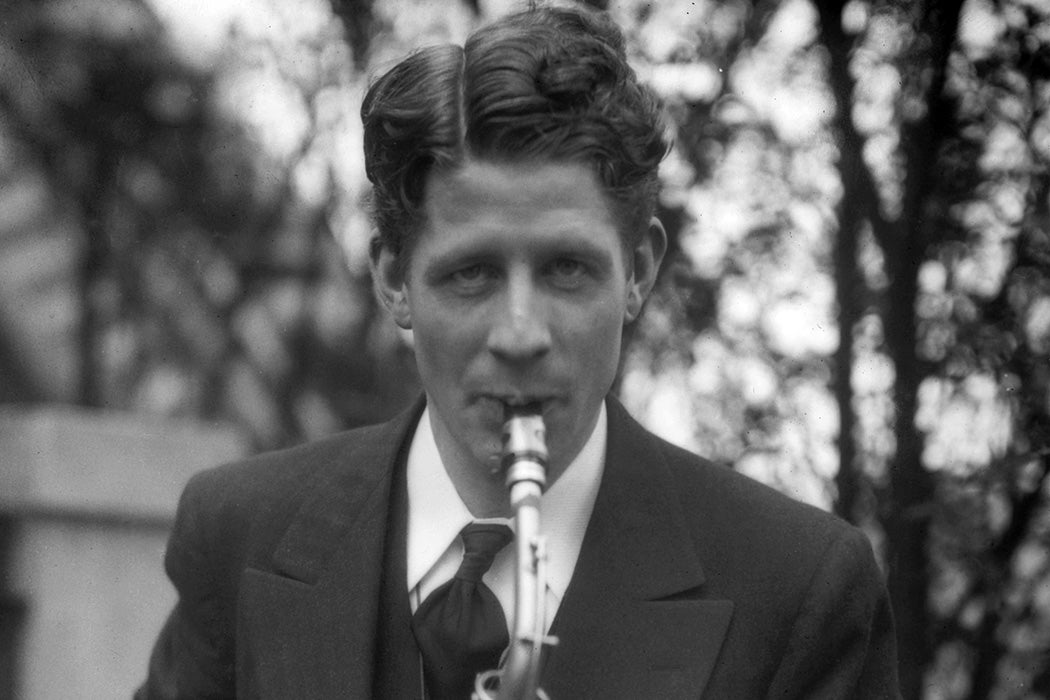 “That’s one of the tragedies of this life—that the men who are most in need of a beating up are always enormous,” says the character portrayed by former crooner Rudy Vallee in The Palm Beach Story, a screwball comedy from 1942. Vallee was no longer the nation’s radio idol by then, but his slight frame harkened back to the days of the crooners and the challenge they presented to American masculinity.

Allison McCracken digs into the era of homogenizing popular culture between the Jazz Age and the Depression and reveals some surprising gender politics. After 1929’s stock market crash badly damaged the record industry, sheet music sales, Vaudeville, and nightclubs, the popular music field was left open to radio. The Depression itself hardened definitions of masculinity; there would be no 1920s-style “pansy craze” in entertainment in the 1930s.

In the early 1920s, the term “crooner” applied to minstrel and “mammy” singers who crooned lullabies. The word’s application to white male singers (without blackface) was first intended as an insult: “it was meant to suggest the emasculation and artlessness of the singer,” writes McCracken.

But like many insults, the word was coopted by those it was meant to offend. By the late 1920s, the romantic, soothing crooner sound, a mix of Victorian balladry and jazz, was typified by Vallee. His voice arrived with startling intimacy over the radio. Though disembodied, it was all sex appeal.

Vallee’s band—initially the Yale Collegians, then the Connecticut Yankees—was basically the first boy band. They were enormously popular among girls and women. Martha Gellhorn, writing in 1929, called Vallee “God’s gift to us girls” and described his “gentle voice that makes love so democratically to everyone.” Vallee’s appeal, writes McCracken, stemmed from his perceived “emotional intensity and sincerity” as well as the new kind of technologically-mediated eroticism. As McCracken notes, “radio pluggers [salesmen] would put it most bluntly, calling him ‘the guy with the cock in his voice.'”

The flip side to the flapper (who was “aggressive, confident, independent and optimistic”), the crooner was “most often sexually desiring but not aggressive, dependent on his love, and melancholy without her.” Vallee quickly became a female audience favorite. Crooners like Russ Columbo and Bing Crosby followed in his wake.

But other men were getting nervous. “These crooning vagabonds are stealing all our blondes,” went an anti-crooner song from 1931. Boston’s Cardinal O’Connell “attacked the emasculation of the crooner and objected to the song-style’s sexual implications.” Such songs, the Cardinal said, “are ribald and revolting to true men.” Crooners were portrayed as emasculated, effeminate, homosexual, and perverse. An organization of music teachers declared that crooning was “debased” and a “corrupter of youth.” The Depression had bought on a sexual backlash.

Though his female fans fought hard for him, Vallee lost out the crooner stakes. The industry wanted a crossover singer who could sing without threatening men.

Bing Crosby had faced the same attacks initially as a louche playboy crooner. But he managed to transform his life (at least publicly) and musical style, by getting rid of his vibrato, lowering his pitch, taking up scatting and whistling, and singing a much more varied program. The many children he fathered and the family-man-image he cultivated suggested he was manly enough, and one of his biggest hits was for and about men, “Brother, Can You Spare A Dime” (1932). In his popular comedy movies, Crosby always won the girl over the “sissy” and “Latin lover” competition. By 1935, Crosby was the new-style star.

As McCracken notes, Vallee and his fans were largely forgotten, “suggesting that a huge following of women is a liability” to both the industry and the history of popular music. 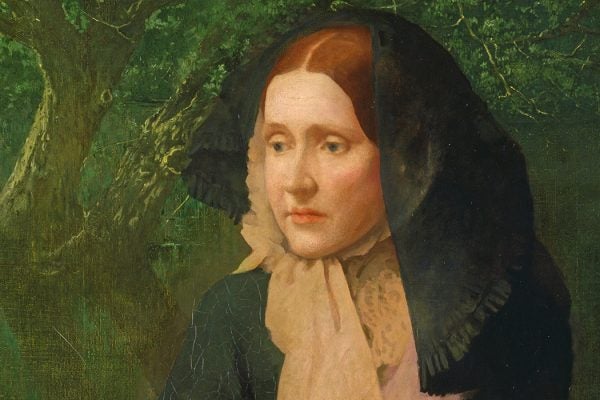 The Long, Winding History of the “Battle Hymn of the Republic”

Julia Ward Howe wrote her most famous poem, the legendary Civil War song, “Battle Hymn of the Republic,” in a single burst of inspiration 156 years ago.