In 1985, a writer in Economic and Political Weekly saw the beginning of private hospitals in India and warned of the dangers of their mismanagement.

In August 2017, India was reeling from the deaths of more than 60 children over the course of a few days in an intensive care ward. The cause wasn’t a virus, a poison or an accident; rather, it was a lack of oxygen for assisted breathing. The hospital lost its supply when it couldn’t pay its bills.

The fatalities caused outrage across the country, and stood as a testament to the dire state of the public health system in India, which is notoriously underfunded and understaffed. Yet, paltry public services are sometimes the only ones available, as the cost of private healthcare in India has skyrocketed beyond the reach of anyone but the wealthiest. Private healthcare has become a further indicator of inequality. An article in Deutsche Welle probed not only the exorbitant costs of private medical care in India, but also the corrupt prices which hike bills even higher, and a government that wavers in its commitment to providing healthcare.

In India, privatized healthcare creates its own high-end market and stays solidly within it, out of the reach of the people who need it most.

In 1985, a writer in Economic and Political Weekly saw the beginning of private hospitals in India and warned of the dangers of their mismanagement. The privatization of medical care was nothing new—when the Conservatives came into power in the U.K. in the 1980s, the country saw the number of private hospitals swell to 106.

For those who could afford it, private healthcare was a comfortable alternative. It meant shorter wait times, choices in doctors, and comfortable surroundings. But it often came with a price tag to match.

According to Economic and Political Weekly:

Some of the consequences of the boom in private health care in the West are worth noting. The first is the spectacular rise in the cost of hospital charges which have forced up private health insurance premiums—so much so that this has begun to dampen the further growth of private hospitals. In the U.K. it has been estimated that between 1981 and 1983 whereas the retail price index rose by 14 percent, the average insurance subscription cost per person rose by as much as 61 percent. Second, even in a country like the U.K. private hospitals cater to a small, well-defined socio-economic group in the population.

India’s health system fared little better when it came to price gouging in the private sector. The Delhi government recently suggested a cap on how much private hospitals can mark up prices after a 7 year old girl died from dengue fever, and an investigation found that the hospital was making a profit of 1700% on her treatment.

In India, the private healthcare system hasn’t stepped in where the public one falters. Rather, it creates its own high-end market and stays solidly within it, out of the reach of the people who need it most.

“The high-cost private sector hospitals with their sophisticated diagnostic machines, dependent on imported diagnostic chemicals and therapeutic aids provide substantially a different type of medical care from that provided by the government health services and to an altogether different class of people,” concludes Economic and Political Weekly. “Far from making up for the undoubted deficiencies of the public health services, these hospitals by distorting the priorities of the government’s health policies must necessarily contribute to rendering the former even more bedraggled.” 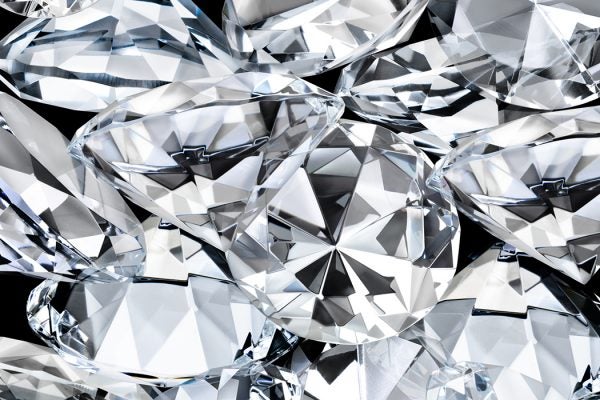 Why Are Diamonds More Expensive Than Water?

Water is simultaneously one of the few things we absolutely cannot live without, and one of the things we value least. There's an economic rationale behind that.