The Case for Race-Conscious Affirmative Action 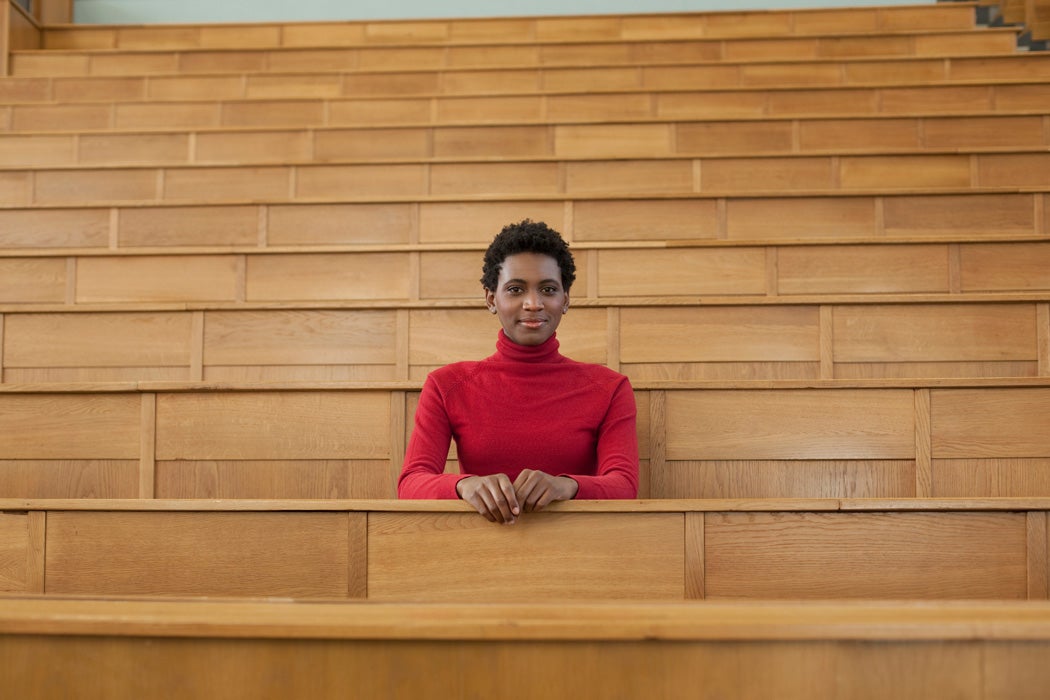 If members of all races are to have an equal opportunity for full participation in our society, the use of race-conscious affirmative action is a vital step toward achieving the full benefits of diversity, especially in higher education.

For more than forty years, opponents of race-conscious affirmative action have waged war against the consideration of race in higher education admissions. Beginning with the seminal case of Regents of the University of California v. Bakke, the Supreme Court has served as a battleground for challenging the constitutionality of race-conscious admissions plans.

Recent legal challenges serve as reminders of the uncertain and tenuous future for race-conscious affirmative action.

Historically, institutions of higher education have employed the diversity rationale to defend their consideration of race as one of many admissions factors. In cases such as Grutter v. Bollinger and Fisher v. University of Texas, universities successfully argued that race-conscious admissions policies are necessary to achieve the educational benefits of diverse learning environments. Recent legal challenges, such as Students for Fair Admissions v. Harvard College, as well as changes in the Court’s composition, serve as reminders of the uncertain and tenuous future for race-conscious affirmative action.

In light of this uncertainty, proponents of race-conscious admissions plans should argue that the benefits of diversity extend beyond the educational benefits previously recognized by the Court. There is another major benefit of diversity: addressing the harms of racial isolation. Using race-conscious admissions measures to address these harms helps colleges and universities provide equal educational opportunities for underrepresented students of color, many of whom have had to overcome structural inequalities and racially isolated learning environments.

In the Court’s parlance, to maintain a race-conscious admissions policy, a school must employ narrowly tailored means to achieve a compelling interest. Traditionally, the Court has recognized the pursuit of academic, social, and democratic benefits commonly associated with diverse learning environments as a compelling reason to consider an applicant’s race in higher education admissions. Before his departure from the Court, Justice Anthony Kennedy, who generally was not supportive of affirmative action plans, acknowledged that, “[t]here is no constitutional objection to the goal of considering race as one modest factor among many others to achieve diversity.”

This justification has not been without its detractors. The late Supreme Court Justice Antonin Scalia questioned whether the asserted benefits are indeed “educational” in the strictest sense of the word. Justice Clarence Thomas has suggested that these policies are actually unconstitutional racial balancing and has doubted claims that increased diversity actually produces academic and social benefits. Even affirmative action proponents have criticized universities’ reliance on, and the Court’s articulation of, the diversity rationale “on the grounds that its emphasis on the benefits of diversity presents an inferior, inadequate substitute for more compelling remedial, compensatory, and integrative objectives.”

Expanding the rationale for considering race in admissions decisions to include avoiding the harms experienced by students in racially isolated learning environments is imperative to preserve underrepresented minority students’ access to higher education.

Notwithstanding the promise of the Court’s landmark decision in Brown v. Board of Education, the majority of students of color, particularly African-American and Hispanic students, find themselves attending elementary and secondary schools that are intensely stratified by race. According to a recent Department of Education’s report detailing racial and ethnic groups’ educational status, in Fall 2015, 58% of Black students and 60% of Hispanic students attended public schools with a minority enrollment of 75% or more. Millions of minority students attend primary and secondary schools with minority enrollments as high as 90–100 percent.

Educators and scholars have documented the many harms associated with racially isolated learning environments—their detrimental impact on students of color in elementary and secondary schools. Minority students in these educational settings have access to fewer qualified teachers, college-preparatory curricular offerings, and other critical educational resources. It is hardly surprising that these factors negatively impact students’ academic outcomes and contribute to racial disparities in educational achievement.

For instance, in 2017, the average National Assessment of Educational Progress (NAEP) reading score for white fourth grade students was 232, compared to 206 for Black students, 209 for Hispanic students, and 202 for American Indian/Alaska Native students. Similar reading gaps existed for students in eighth and twelfth grades. In 2015, Black, Hispanic, and American Indian/Alaska Native fourth grade students scored 24, 18, and 21 fewer points, respectively, than white students on NAEP math score measures. The math score gaps between each group of students and their white peers increased for students in both eighth and twelfth grades. In addition, in 2016, the percentages of American Indian/Alaska Native, Hispanic, and Black 16- to 24-year-olds who had not earned a high school credential and who were not enrolled in school were 11%, 9.1%, and 7.0%, respectively, as compared to only 4.5% for white individuals.

Students who have been educated in under-resourced, racially isolated learning environments face high hurdles for achieving in college.

Although some achievement gaps between white and minority students have narrowed over the past twenty-five years, the persistence of racial disparities greatly hinders many minority students’ ability to successfully attain higher education. Students who have been educated in under-resourced, racially isolated learning environments face high hurdles for achieving in college, which they must overcome to achieve.

Racially isolated learning environments can also contribute to psychological and social harms for both minority and white students. Nearly sixty-five years ago, the Court in Brown rightfully recognized the traumatic, detrimental effect of segregation on Black students. It acknowledged the feelings of inferiority that segregation could impose upon them, specifically, and the Black race, more broadly. Presently, minority students educated in racially isolated learning environments can experience similar feelings of inferiority when they realize and contemplate the resource disparities between their schools and those of their white peers.

As former first lady Michelle Obama stated in her recent memoir, Becoming, “kids know at a very young age when they’re being devalued, when adults aren’t invested enough to help them learn.” The ways in which children internalize and manifest this knowledge are varied and, all too often, detrimental to their academic achievement.

Although the Court in Brown did not identify any harms segregation could impose upon White students, scholars such as Derrick Bell and Robert Garda have suggested that segregation—and being educated in racially isolated learning environments—can be harmful for them as well. In offering an alternative Brown opinion than that issued by the Court, Bell states that “racial segregation afflicts white children with a lifelong mental and emotional handicap that is as destructive to whites as the required strictures of segregation are to Negroes.”

Garda asserts that white students educated in non-multicultural schools are harmed by their lack of opportunity to “become de-biased and develop cross-cultural competence” through interactions with students of color, thereby hindering their ability to be “more employable and more successful in their future jobs.” Considering the “browning of America” and the demographic shifts that have occurred in our country, the Court also seems to recognize this harm. This leads naturally to recognizing a college or university’s compelling interest in avoiding it through the use of race-conscious affirmative action.

Many students of color also experience harms when they find themselves being educated in environments with few or no minority peers, particularly when attending institutions of higher education. Minority students at predominantly white institutions often experience the oppressive weight of feeling as if they are responsible for representing their race. They are made to feel as if they do not belong on campus. The challenges they experience while attending schools that have a dearth of students who look like them or who come from similar backgrounds can have a detrimental impact on both their academics and their psyches. As the group of students who intervened in the Grutter case noted:

Institutions of higher education have the autonomy not only to devise their educational goals and implement constitutionally permissible policies in their efforts to achieve them. Race-conscious affirmative action is one such policy.

In deciding to consider an applicant’s race as one of many factors in their admissions decisions, colleges and universities further their compelling interest of addressing harms that disproportionately affect students of color. They can do so while also affording equal educational opportunities to all students. The benefits that flow from a diverse student body go beyond cross-cultural understanding. They include healing the harms of isolation, so that minority students can have a more positive and beneficial post-secondary educational experience.

Employing race-conscious measures to achieve these benefits is not an attempt to remedy so-called “societal discrimination,” which the Court has traditionally rejected. Instead, it opens the doors of opportunity for students of color, many of whom have achieved academic success despite their previous educational circumstances. It then helps them to be successful once they walk through those doors. 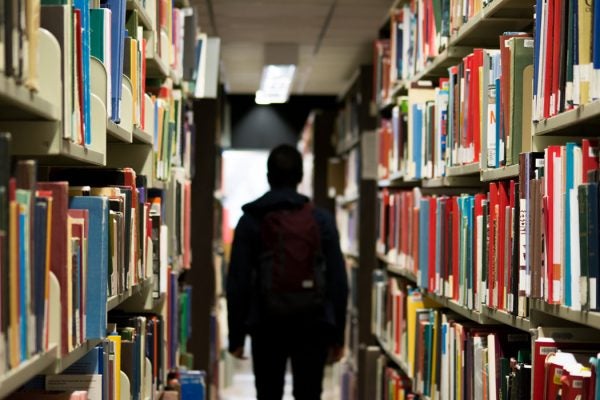 In the wake of the college admissions scandal, scholars go back to the drawing board to answer this most central question.