The Super Secret World of Ludlings – You Know, For Kids!

secret language games or ludlings, have been serious business for young people across the ages. 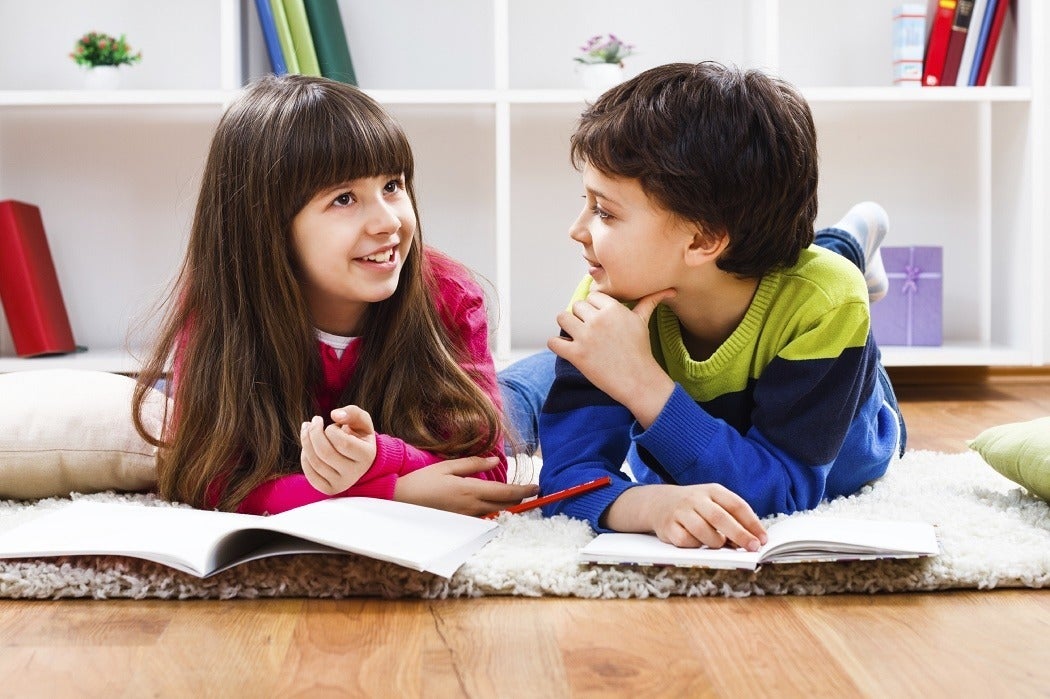 That was a snippet from alibi, a secret language often spoken in schoolyards across Australia. Though a little rusty in the language myself, I certainly had friends who could speak it fluently to convey top-secret information in public, to the confusion of non-speakers around them. Along with gibberish, spoken in the US and Canada (and famously depicted in a scene from The Slums of Beverly Hills), as well as the not-so-secret-anymore pig latin, secret language games, or ludlings, have been serious business for young people across the ages.

In a paper back in 1893, Oscar Chrisman notes “we adults are rather apt to rate children’s powers too low… In the power of originating it may be that the child is the superior of the adult. This is well illustrated in the forming of languages… [there are] over 150 specimens of Secret Languages collected during the past three years. To be sure, quite a number of these are not the languages of children, as some are of thieves, peasants, secret societies, etc., but who knows but that many of these may have their foundations in child-languages?”

Secret languages, usually seen as the provenance of children, might sometimes be regarded as a trivial language game for those who are overly secretive. It also happens to be a great example of where child speakers of a language can often be more linguistically innovative than older, more conservative speakers. However ludlings are not strictly for kids.

Many social groups, often marginalized, all around the world, in every language, have created and employed secret languages as a way to maintain group solidarity and identity as well as to maintain exclusivity. For any minority group where secrecy and privacy may be a natural concern, language games like these can aid in keeping the powers that be out of the loop. These ludlings are sometimes termed a kind of anti-language for their tendency to conceal meaning and exclude general speakers from understanding, rather than making communication as clear as possible (an expected goal of language).

They are not novel languages in themselves but based on a source language’s linguistic structure and use systematic processes to obscure words and meanings from mainstream speakers of that language. Ludlings, most often used by children, young people and apparently the criminal underworld, naturally focus on secrecy and concealment as the key element, yet must also employ simple enough principles for its members to learn and understand. The processes for obscuring the source language can be as complicated as speakers can handle, as long as speakers of the ludling can, in the end, untangle the meaning in an intuitive, immediate and fluent fashion.

So how does this intuition develop for a brand new ludling? Does it take years of practice? Well we’ve seen previously how speakers of English can be innovative and playful in the ways they use language, in the case of English infixation. A simple example such as the hip-hop -iz infix in the hizouse (‘house‘) (and the related -izzle suffix) fo’ shizzle (‘for sure‘) can show us how language games like these can begin to obscure the original forms of a language in slang talk, allowing members of a group to form language-based social bonds.

Take infixation just a little bit further, add a few other tricky linguistic processes, perhaps with a dash of rapid speech, and we end up with a much more mysterious ludling, where the original language is so modified it would take quite a bit of practice to backtrack to what is being communicated for the uninitiated. Even so, the fascinating thing is that, as we saw with placement of the –fucking- infix in words like Minne-fucking-sota (but not *Min-fucking-nesota), speakers can easily develop intuitions about novel ludlings and can use them productively and rapidly, showing that secret language games can tell us a lot about the internal structure of the parent language. In order for members of the group to understand each other, speakers simply have to be more systematic and linguistically intuitive in the ways they modify the source language.

As Moira Yip in her 1982 paper says “secret languages have always fascinated linguists, probably because in a sense they embody a kind of naive linguistics. Precisely because they provide an unusual insight into the structure of language, their study has a real contribution to make to our understanding of the grammars of languages.”

So perhaps the truth here is ludlings are just not a trivial language game for kids, the underworld… and linguists. But everyone else remains super confused. The ways in which secret languages develop techniques to conceal meaning can run the gamut of possible linguistic changes, allowing us to observe how speakers play with language structure.

The linguistic processes employed have ranged from the lexical – using metaphorical words and phrases to hide conventional meanings, such as in the case of Cockney Rhyming Slang (with slang phrases like ‘apples and pears‘ for ‘stairs‘) – to using phonological sound changes to alter the source word.

One popular process is reversal, either of the word or of individual syllables in a word, such as in Verlan (taken from l’envers ‘reverse’ > versl’en > verlan), a French ludling now so widely used that some of the altered words have entered the mainstream French language as slang.

One of the most common sound changes applied to ludlings, as we’ve already seen in English, is that of a type of infixation, where the source word is interrupted by a sound or syllable, breaking up the original word. Gibberish, Alibi, Double Dutch, Arpy Darpy, Oppish and Ubbi Dubbi, among others, are all examples of this, as we can see:

Gurgen Melikian, in a 2002 paper on the secret languages of Iran, sums up some general principles of forming ludlings as follows:

1) Implanting the artificially created syllables or syllabic formants into ordinary words (as in the above examples of Gibberish and Ubbi Dubbi);
2) Transposition of syllables in normal words (Verlan, for example);
3) Combination of artificial syllable implantation and transposition of syllables in one word (as in Pig Latin);
4) Pronouncing the words backwards (English back slang, or Rechtub a ludling often spoken by butchers in Australia);
5) Rapid speech (virtually all ludlings).

These linguistic changes can be layered on top of one another (as in principle 3) until the ludling becomes ever more complex and harder for outsiders to figure out. For example, the sound changes may be applied contextually to a language’s internal phonological structure or unusually, sometimes even its syntactic structure, as shown in Randy L. Diehl and Katherine F. Kolodzey’s 1981 study on Kolodzey’s own childhood secret language “Spaka: A Private Language“, a grammatically complex play language still spoken between Kolodzey and her sister. With more rapid speech it can be impossible to follow for even native speakers of the parent language. 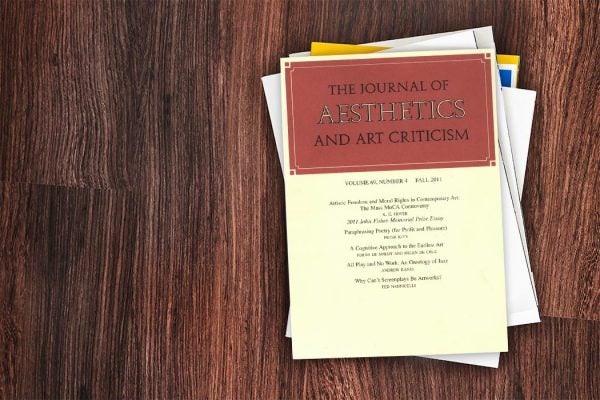 The Journal of Aesthetics and Art Criticism

The Journal of Aesthetics and Art Criticism is published by Wiley on behalf of the American Society for Aesthetics, and it was first issued in 1942.