The immensely popular podcast S-Town features some memorable sundial inscriptions. But where did the slightly morbid tradition come from? 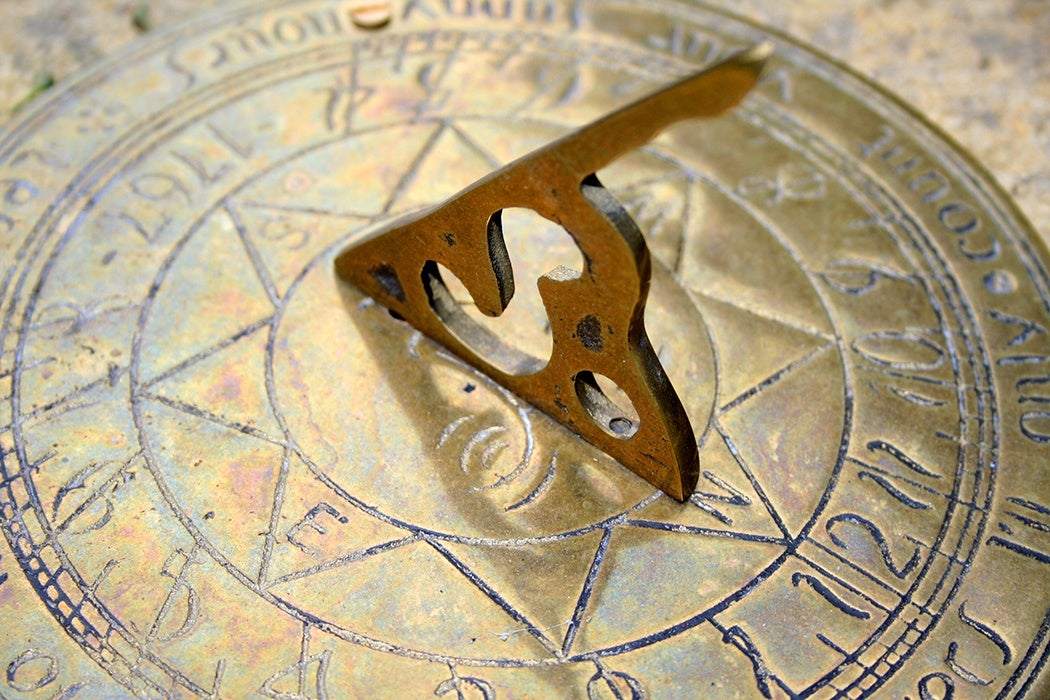 S-Town, the record-breaking podcast released on March 28th to a wave of critical acclaim and (some concern), was envisioned by its creators to be a podcast as novel. Host & executive producer Brian Reed stated in an interview that “the details and the metaphors that John was handing me—the maze, clockwork—were novelistic.” These obsessions of subject John McLemore—time, climate, conspiracy, and corruption — worked as threads tying his life together for the listener.

The episodes are titled with McLemore’s own words, which point to moments of insight, or illumination, or in the case of Chapter 3, a sort of foreshadowing. “Tedious and brief”, McLemore tells Brian Reed, is a sundial motto. When Reed asks what he means, John replies “Your life is tedious and brief. All sundial mottos are sad like that.”

The earliest sundials, from Ancient Egypt to China to Europe, were often marked with dedications to god(s), patrons, and/or the craftsmen who made them. In the 1500s sundials began bearing mottos  relating to time—its passage, the limited quantities alloted, how it should be spent, or as a brief memento mori to the reader to stop looking at the sundial and get on with their life.

Sundials represent a willful, anachronistic affectation in a world that has begun to dispense with clocks and watches.

Latin is a common language for the mottos: whether as quotations taken from the Roman writers Ovid, Martial, or Horace, or as translations of time-related  sentiments. Mechanick Dialling, a 1769 manual for creating sundials, includes 300 “Latin mottos for dials, with their Meaning in English”, indicative of an expectation that a motto would be added.  Margaret Gatty, who wrote the book on sundials (“The Book of Sundials”), collected 1,682 mottos in an appendix to her exhaustive history, taken from instruments all over Europe.

In the appendix, each location is carefully catalogued with notes as to placement, location of the sundial, and maker(s) if known. McLemore’s observation that they’re “all sad like that” is hard to argue with: there are a lot of ways to say “remember you will die,” “time is fleeting,” and “seize the day,” and many of them are in Gatty’s book. The motto that S-Town host Brian Reed finds in a mission garden, knowing to look for it because John told him to, does not appear there, but does in another: “Nil boni hodie diam perdidi: I did nothing good today — the day is lost.”

Sundials represent a willful, anachronistic affectation in a world that has begun to dispense with clocks and watches—the ubiquity of digital time telling has made them if not obsolete, at least demoted to being purely decorative. John McLemore’s love of antique horology (including astrolabes, water clocks, candle clocks, and time-pieces with pendulums or crystal movements) served as a badge of both identity and resistance. It provided him with a group of colleagues who, we learn later in the series, loved and respected his knowledge and expertise, while marking him as something outside this town’s experience.

A Sure Reckoning: Sundials of the 17th and 18th Centuries
By: Bruce Chandler and Clare Vincent
The Metropolitan Museum of Art Bulletin , vol. 26, no. 4, (1967)
The Metropolitan Museum of Art
Primitive Methods of Measuring Time: With Special Reference to Egypt
By: R. W. Sloley
The Journal of Egyptian Archaeology, Vol. 17, No. 3/4 (Nov., 1931)
Egypt Exploration Society 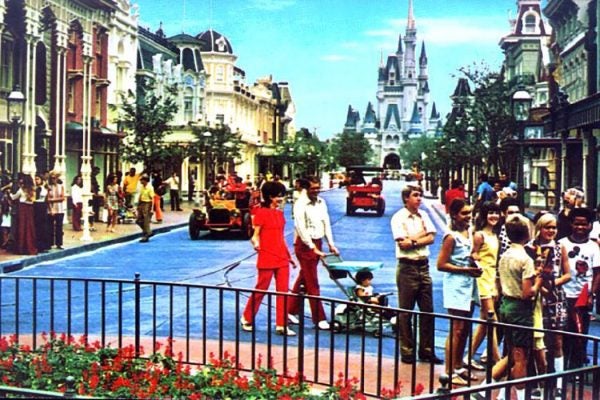 The Main Street of Disneyland and Disney World were Walt Disney's first attempts at creating the utopian city he could never quite manage.