A seaweed-only diet seems to curb methane emissions in sheep on a tiny island in Scotland. 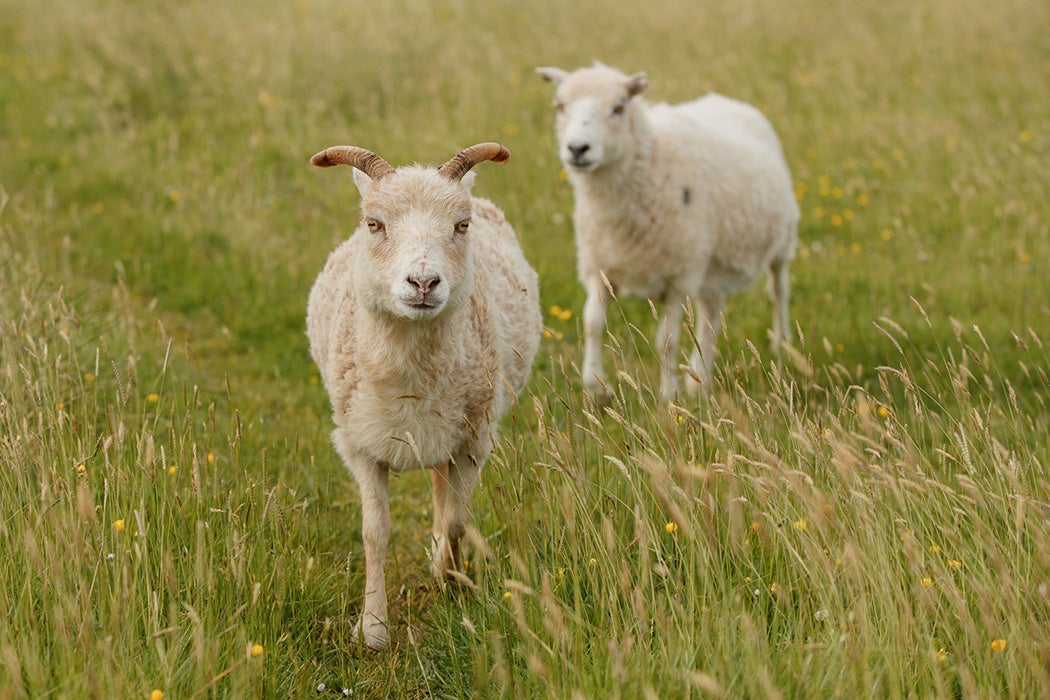 The North Ronaldsay or Orkney sheep is a breed from North Ronaldsay, the northernmost island of Orkney, off the north coast of Scotland.
Getty
By: Liz Tracey
3 minutes
Share Tweet Email Print

When many non-Scots think of Scotland, they envision it as once populated by angry blue-painted men in kilts who fought off the Romans and warred with the English to their south. Some smaller number may know of Shetland, an island group where Ann Cleeves set her popular novels about the crime-solving Jimmy Perez. Fewer still may know of Orkney, an archipelago closer to mainland Scotland than Shetland, but like its more northerly counterpart was also settled by the Norse and then annexed by Scotland in lieu of a queen’s dowry payment.

North Ronaldsay, the northernmost island of Orkney, is home to sheep with an unusual adaptation. The herd is kept on the circumference of the island by a six-foot-high stone dike that encloses the rest of the land. Built in 1832, the dike was an effort to protect the small farms that residents were now keeping as a result of the collapse of their primary industry—the production of sodium carbonate by burning seaweed found on the shore. The sheep, left to fend for themselves on the periphery, evolved to subsist on a seaweed diet year-round, becoming only the second mammal in the world to do so.

One result of this diet is a reduction in methane excretion by the sheep, through burping or flatulence. (All ruminant animals expel methane as a by-product of digestion.) “Livestock emissions” are now understood to contribute to atmospheric methane and climate change. In fact, as early as 1985, New Zealand’s dense sheep population caused a meteorological journal to ask, “Are New Zealand’s Sheep Causing an Increase in Atmospheric Methane?”

By adding or substituting seaweed into livestock feed successfully on a large scale, a number of environmental challenges might be eased: a reduction in methane, repurposing of farmlands currently used to grow the crops for feed, sourcing feed ingredients locally instead of importing them, and reducing fossil fuel emissions from transportation.

While researchers and industry work on what may be a challenging solution (sheep are picky eaters), the North Ronaldsay islanders look for theirs: As an aging, tiny population of fifty with a single sheep warden, they began a yearly Sheep Festival in 2016, at which visitors can help to rebuild the fence, among other activities. One goal is to attract new families to the island, so that the unique way of life of the islanders, human and bovine alike, can continue.