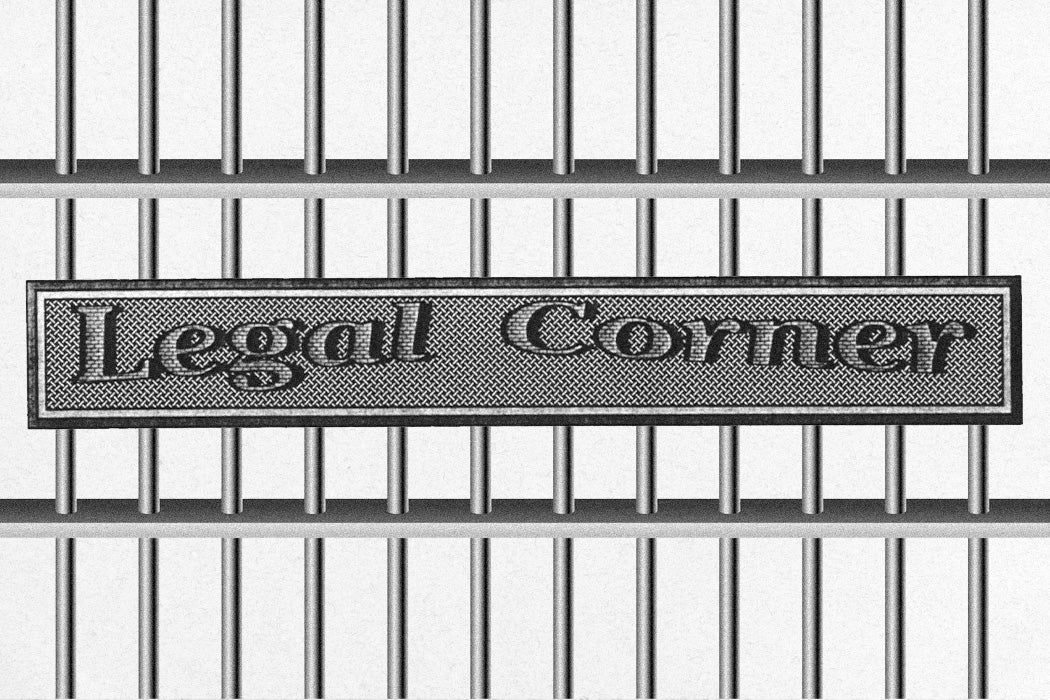 “To be valid, a search warrant must specifically [describe] the property or things to be searched,” writes Inmate Counsel Substitute Rafael Torres. He penned the column “Legal Corner” in a 2007 issue of The Walk Talk Bi-weekly out of Hunt Correctional Center in Louisiana. Most Americans outside the legal profession have a weak grasp on the inner machinations of a search warrant. Torres clarifies its finer points.

Police officers walked through a locked gate, proceeded a half mile into someone’s property, and peered behind a fence, at which point they found marijuana growing.

(Louisiana law allows designated people in prison to serve as “substitutes” for attorneys within the state’s prisons, where attorneys are often inaccessible; Tulane University has even provided training for these cohorts of incarcerated legal representatives.)

“Generally the Fourth Amendment requires a warrant for every search and seizure of a building, location, or person.” Torres delineates case law that curtails the protection from warrantless search on a property, citing Oliver v. United States (1984), whereby police officers walked through a locked gate, proceeded a half mile into someone’s property, and peered behind a fence, at which point they found marijuana growing. That case—the officers’ warrantless search of private property—was upheld on the notion that the plants were outside the curtilage of the home, where one would reasonably expect privacy.

While it has been repeatedly upheld that search warrants must clearly state what property is to be seized and what premise is to be searched, Torres cites other case law that has expanded the government’s ability to obtain a warrant and moreover, to search without one:

In Illinois v. Gates, while reviewing the legality of a search warrant based upon an anonymous informant’s tip, the Supreme Court abolished the “two-pronged test”… in favor of a “totality of circumstances” analysis. In that case, a search warrant was issued based on an anonymous letter sent to the police and on an affidavit from a detective. After conducting a corroborating investigation, the detective recited the information contained in the anonymous letter in his affidavit in support of the arrest warrant.

An anonymous letter, which was then repeated in a detective’s written statement, proved sufficient to secure a search warrant.

“…the ‘totality of the circumstances’ presented by the anonymous letter and the detective’s affidavit warranted the conclusion that probably cause existed to believe that drugs would be found in the defendant’s residence or car.”

Torres also explains the “Good Faith Exception,” where evidence gathered via a warrant that is later deemed defective, even unconstitutional, is still admissible in court as long as police acted in “Good Faith.” This broad exception has been in effect since 1984.

This issue’s Legal Corner touches on many points of the legal framework around search and seizure: exigent circumstances, searches incident to arrest, automobile search and seizure, consent, plain view, probably cause, and the nuances around being detained by police, including being frisked.

The nuances might surprise many Americans, who show sudden interest in the topic. Read the Legal Corner column in full.