Screen Time Guilt During the Pandemic?

Consider this: people once thought too much reading was bad for kids. 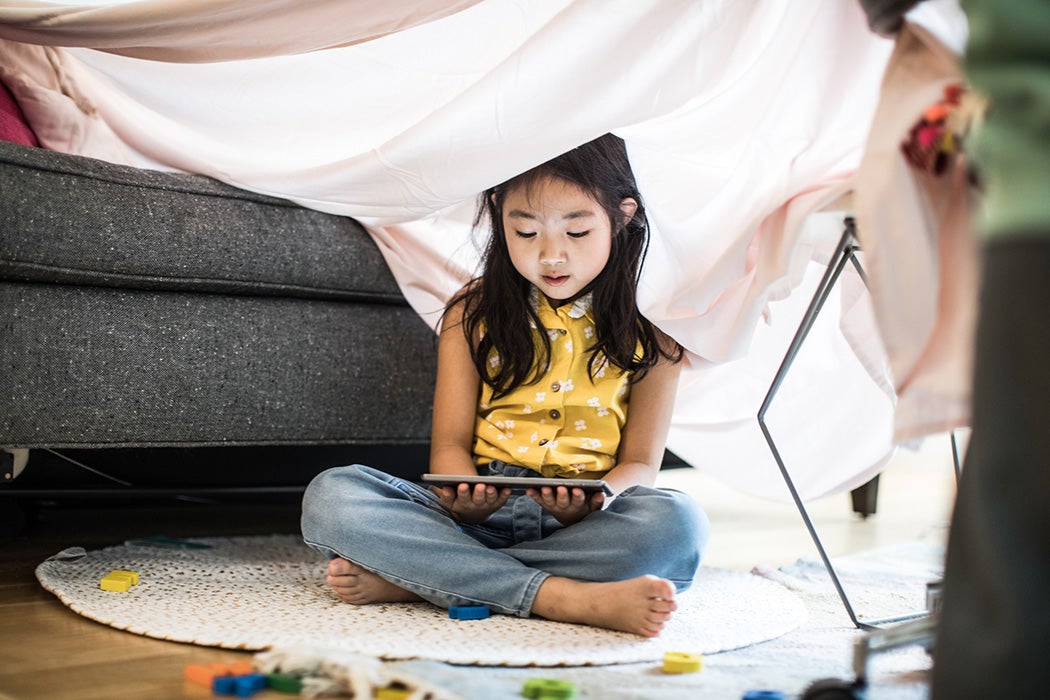 Summertime, and the livin’ is…complicated.

As we barrel towards fall, the world is very different from the one we all lived in last year. Some of us are working from home while others, essential workers, risk their lives for a paycheck. Kids were home for the summer, and, across the United States, things were starting to open up. Then we started to see surges of COVID-19 around the country, prompting many states to lock back down. Many summer camps were cancelled, many schools will remain closed until further notice, and many parents don’t feel comfortable putting their kids in childcare settings where they may be exposed.

How are parents surviving working from home or, at minimum, spending significantly more time home with kids this summer?

Television, apps, video games, video calls, social media, virtual playdates, and online classes. These are the methods of entertainment, communication, and education these days. The trend toward technology makes sense: with progress comes more tech, but, for years, pediatricians and mental health providers have warned against too much “screen time.” According to the American Academy of Pediatrics, children under two should avoid screens except for video chatting and that children ages two to five should be limited to one hour of “high quality programming” a day. That would be two episodes of “Sesame Street,” or up to six single episodes of “Daniel Tiger’s Neighborhood” episodes. Older kids can have up to two hours a day.

There is real research and medical findings behind these guidelines. Moving Beyond Screen Time: Redefining Developmentally Appropriate Technology Use in Early Childhood Education by Lindsay Daugherty, Rafiq Dossani, Erin-Elizabeth Johnson and Cameron Wright, outlines some of the “potential pitfalls” of screen time. Research indicates that “technology use in ECE may have a negative effect on the development of social and gross motor skills, contribute to obesity, and diminish skill development in areas beyond digital literacy.” Too much passive screen time is harmful for little kids’ development.

Regarding teenagers, the headline of an article from the 2015 British Medical Journal by Nigel Hawkes says it all, “Every hour of daily screen time knocks two grades off teenagers’ exam time, study shows.” We want our kids to be smart, to perform well, so limiting screen time seems an easy way to do it. Go outside, read a book, problem solve with peers, do hands-on projects. “Experiential learning” is an expression used often in education, especially at the middle school level. Getting into the world to learn something is more effective than watching a show about it, no doubt.

Memes glibly tease parents who rely on screens, telling them that the best thing kids can do right now is pick up a book.

Limiting screens for kids was easy enough before coronavirus. They went to school, had playdates, spent time with grandparents, and went on trips to the playground and around the world. Now, though, families are spending more and more time at home without friends or relatives to play with or help with childcare. There are no experiential learning opportunities to be had. Additionally, parents are often trying to work during the day and rely on television or apps to keep children occupied and in a safe place during work calls or other times parents cannot directly supervise.

Yet, pediatricians are STILL urging parents to avoid too much media. A news release from the American Academy of Pediatrics came out at the beginning of the shut downs on March 17, 2020. It is entitled, “Finding Ways to Keep Children Occupied During These Challenging Times” and the main thesis is that parents should find “creative ways” (read: screen-free) to keep kids busy. They say, “the AAP urges parents to preserve offline experiences.” Memes glibly tease parents who rely on screens, telling them that the best thing kids can do right now is pick up a book. The AAP article does acknowledge that “kids’ screen media time will likely increase,” but wants parents to monitor content closely and try to make the content as meaningful as possible. Sounds lovely, but parents may be overwhelmed with trying to manage media and everything else. More likely, parents are letting go of strict screen-time rules and feeling guilty about it.

Back in the late 18th century, it was a widely held belief that reading novels could lead a person to disassociate with reality. Louisa May Alcott, author of Little Women famously said in her novel Work: a Story of Experience, “She is too fond of books and it has turned her brain.” Women were seen as weak and even mentally unstable for reading too much. Times change, however. In the New York Times article, “When Novels Were Bad for You,” Anna North says, “what was once seen as a hazard of novel-reading is now lauded as a strength. Today, many value novels for promoting sustained attention.” Committing to reading a novel is an hours-long undertaking. In today’s frenzied world of social media, turning off the phone and curling up with a book feels like a luxury. Many have been enjoying BOTH book reading and binge watching television during quarantine. There is no greater pleasure than being taken away by a story, either by reading, watching, or in the case of video games, being part of the action.

If history reminds us that, once upon a time, people believed reading books was a bad habit, history will perhaps see “screen time” the same way in future generations. Anna North imagines, “In 50 years, maybe we’ll be lamenting our failure to read enough Internet.” In Moving Beyond Screen Time, the authors explain that digital literacy is an important skill. They say it “plays an important role in the child’s ability to exceed in school and beyond.” The authors argue that it’s not how much screen time a child receives, but what kind. Focused, educational screen time, whether it be shows, apps, or games, is beneficial to kids’ knowledge base and ability to succeed in a technology-driven world.

Instead of asking parents to, as the AAP says, “Consider what offline activities are enjoyable for your family. Help other families by sharing those ideas,” pediatricians and teachers should focus on helping educate parents on where to turn to get quality screen time. Several school districts got access to apps such as ABCMouse, DreamBox, and Lexia to help students learn through playing video games during distance learning. Furthermore, turning on a fairy tale movie for your kid while you have a Zoom meeting is fine. Parents should let go of the pressure to print worksheets and be a teacher while they’re also doing whatever else it is they do as an adult. Even better than turning on a movie and letting go of the guilt is if parents talk about what the kids watched. Talk about story structure, morality, characters. Talk about artistic style, acting skills, and music. Film as literature is a legitimate form of education. Digital literacy is a valid form of literacy.

Here’s hoping, for the sake of the parents navigating shelter-in-place, we may someday look back on screen time guilt and roll our eyes. 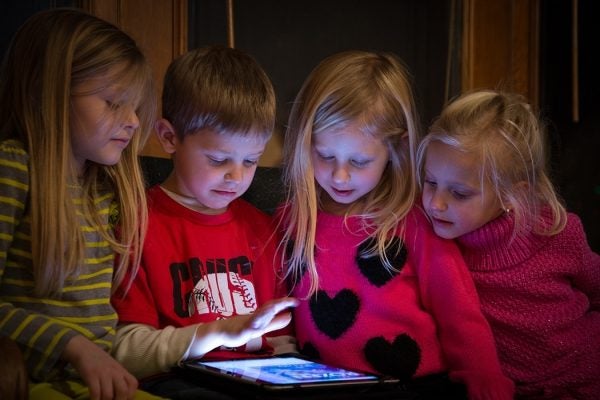