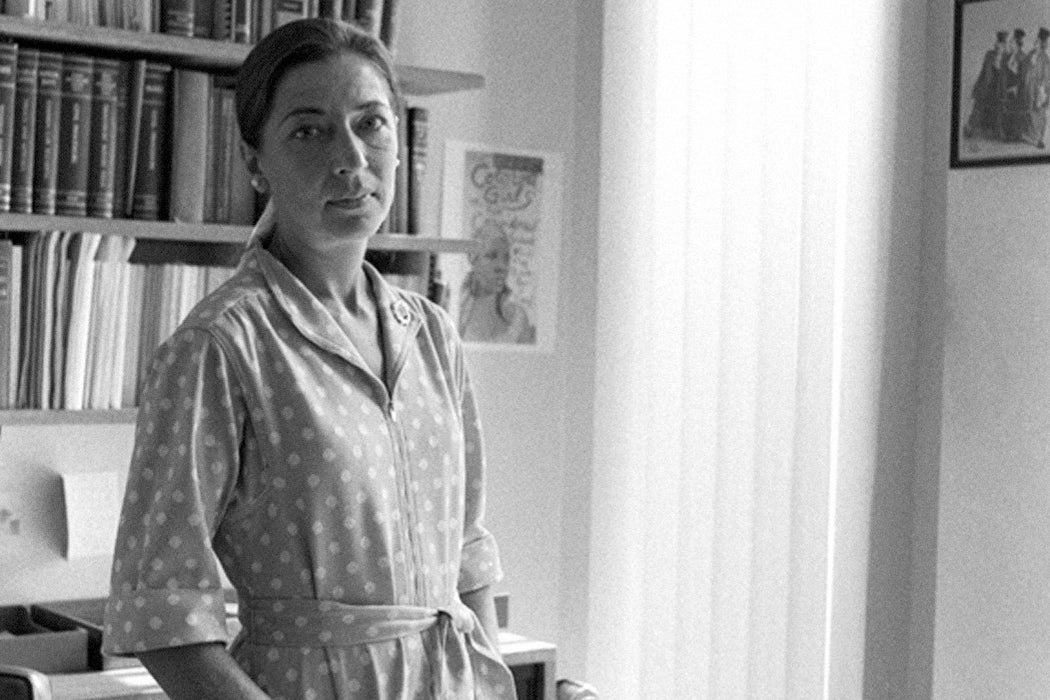 The weather was fine in Washington, D.C., on the morning of November 1, 1978, when Ruth Bader Ginsburg—then a law professor at Columbia University in her mid-40s—ascended the steps of the Supreme Court to present her oral argument in the case of Duren v. Missouri. Ginsburg and her client, a man named Billy Duren who had been convicted of murder and robbery by an all-male jury, prevailed. The case set an important constitutional precedent concerning the fair representation of women on juries.

Justice Byron White, writing on behalf of an 8-1 majority, explained that Missouri’s jury selection policy, which allowed women—and only women—to opt out of jury service by checking a box on a form, violated Duren’s Sixth Amendment right to a jury chosen from “a fair cross-section of the community.” Ginsburg and her co-counsel, Lee M. Nation, emphasized that although Duren’s county was 54 percent women, as a result of the opt-out policy, only 26.7 percent of empaneled jurors were. Duren got a new trial. More significantly, the case ended Missouri’s law allowing gender-based opting out of jury service.

The law, Ginsburg said, relied on a set of stereotypes about women’s roles as caregivers and homemakers.

In achieving this victory, Ginsburg employed the same strategy she had in several previous gender discrimination cases she’d argued at the Supreme Court in the 1970s, like Frontiero v. Richardson (1972) (on survivor benefits for military spouses) and Califano v. Goldfarb (1976) (on survivor benefits under social security). She contended that, although a policy like Missouri’s appeared to discriminate against men (by granting only women the privilege of opting out), it ultimately rested on a deeper prejudice against women. The law, Ginsburg said, relied on a set of stereotypes about women’s roles as caregivers and homemakers, a patronizing attitude designed to keep women away from the unpleasant business of jury duty, and with it “the democratic processes of government.” Ginsburg conveyed to the Justices the idea that men and women alike can be the victims of legal systems of gender discrimination—a palatable claim for an all-male bench.

But as Ginsburg climbed the steps that fine morning, she would have known—perhaps below the surface of her conscious thoughts—that the argument she was advancing in Duren, even if successful, would be at most a backstopping, piecemeal substitute for the sweeping change that she—and millions of others across the country—truly longed for: the passage of an Equal Rights Amendment (E.R.A.). The operative text of the E.R.A., which in March 1972 was overwhelmingly approved by Congress and signed by President Nixon, states simply:

Equality of rights under the law shall not be denied or abridged by the United States or by any State on account of sex.

The proposed amendment came up just a few states short of the three-fourths majority required for ratification, and so never became a part of the Constitution.

Throughout the 1970s, Ginsburg passionately advocated for the E.R.A. in a series of articles that outlined the merits of making gender equality an explicit constitutional guarantee. Her overarching theme was that, since the Supreme Court had made clear in the Slaughterhouse Cases (1873) that the Fourteenth Amendment’s Equal Protection Clause was enacted primarily to forbid discrimination based on race, its usefulness as a means of promoting gender equality was necessarily limited.

The Supreme Court (and, following its lead, the lower federal courts) would continue, as in Duren, “to deal with each case in its narrow frame, to write an opinion for that case and that day alone,” as Ginsburg wrote in a 1976 article in Human Rights. The Court’s opinions were anyway “laconic” on the core issue of how the Constitution views gender discrimination, she added in 1978, “characterized by vacillation, 5-4 decisions and a tendency to shy away from doctrinal development”—as is that institution’s wont.

“Opponents of the [E.R.A.],” Ginsburg observed in the American Bar Association Journal in 1973, “suggest the pursuit of alternate routes: particularized statutes through regular legislative process in Congress and in the states, and test case litigation under the Fourteenth Amendment.” Then comes her riposte: “Only those who have failed to learn the lessons of the past can accept that counsel.”

Ginsburg praised the Nineteenth Amendment’s enactment of voting rights for women; the passage of the Equal Pay Act in 1963; the inclusion of sex discrimination in Title VII of the Civil Rights Act of 1964; and the advances in women’s educational equality represented by Title IX of the Education Amendments Act. She rehearsed the history of gains for women via piecemeal Supreme Court decisions—a history she was simultaneously shaping through her work in cases like Duren and Frontiero. None of these successes, however important, would deal with the “876 sections in the United States Code” that “contain sex-based references” or the “hundreds of state statutes” that also did.

The political radicalism of the E.R.A.’s short declaration should not be overlooked. One of its most salient features is that, unlike earlier proposed versions that explicitly referenced “both sexes” or “men and women,” the final E.R.A. simply forbids legislative differentiation “on account of sex” (language borrowed from the Nineteenth Amendment). To the extent that gender distinctions serve legitimate purposes, Ginsburg pointed out in a 1976 edition of an American Bar Association newsletter, they can be reformulated in functionalist terms. She quoted the law professor Thomas Emerson, who noted that, for instance:

Alimony laws could be written to grant special protection to a spouse who has been out of the labor force for a long time… Similarly the laws could provide support payments for a parent with custody of a young child who stays at home to care for that child… In short, as long as the law was written in terms of parental function, marital contribution, and ability to pay, rather than the sex of the spouse, it would not violate the Equal Rights Amendment.

As Ginsburg herself claimed in The Supreme Court Review, the E.R.A.’s purpose was to put a stop to the widespread legal practice of “using a gender pigeonhole in lieu of a functional description.”

Paradoxically, one reason for the Court’s reluctance to announce that the Equal Protection Clause forbids gender discrimination was its awareness of the campaign for the E.R.A. In striking down the gender classification in Frontiero, the Court had justified its refusal to decide the constitutional status of gender by saying it “must act with particular circumspection… in the dim zone between constitutional interpretation (a proper judicial task) and constitutional amendment (a job for federal and state legislatures).” Or so Ginsburg, who argued the case, related in a 1977 article in the American Bar Association Journal. In other words, the bare fact of a proposed E.R.A. suggested that a prohibition on gender discrimination was not already a part of the Constitution. What a bitter irony that the simultaneous pursuit of gender equality through the courts and the legislature was held against women (and E.R.A. supporters more generally) by the highest ranks of the legal profession, a club whose defining prerogative is the advocate’s right to take mutually inconsistent positions.

It was, in the final analysis, mostly on the shore of possible military conscription for women that the wave of support for the E.R.A. broke. The essential claim, pressed by conservative activists like Phyllis Schlafly and William F. Buckley Jr., was that, when you add it all up, the existing social order, although sexist, inures to women’s benefit by protecting them from violence in war. Ginsburg bit the bullet: In her 1973 article, she pointed out that “[y]oung women’s groups uniformly testified during congressional hearings on the amendment that they did not wish exemption from responsibility for service.” In a post-E.R.A. military, she noted, “assignments would be made on the basis of individual capacity rather than sex.” In short, when a broad coalition of Americans sought to enshrine gender equality in the Constitution, the traditionalist opposition responded with veiled threats of armed conflict abroad. Sadly, this strategy worked.

It is not clear what effect the passage of the E.R.A. would have had on later controversies surrounding same-sex marriage or sex-separate spaces. For her part, Ginsburg believed these to be distinct issues, writing in Human Rights that under the E.R.A., although gender would be a prohibited basis for government classifications, there would be “two exceptions” (both of which are noted in the congressional record). These exceptions “relate to personal privacy and physical characteristics unique to one sex.” But even when an exception applies, distinctions based on sex still should be subjected to “strict scrutiny” when challenged in constitutional litigation.

At the same time, Ginsburg’s views notwithstanding, it is not particularly difficult to devise a cogent argument that barring the government from depriving any person of “[e]quality of rights under the law… on account of sex” forbids any explicit reference to gender. Regardless, in the dimming twilight of the 2010s, when the U.S. ranks forty-first in the world on the United Nations’ Gender Equality Index, is it not obvious that our legal system desperately needs the “extension rather than invalidation of laws that benefit only one sex,” as Ginsburg wrote of the result she achieved in Frontiero? 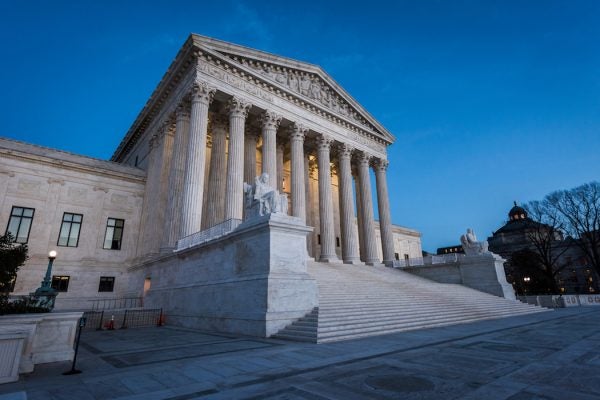 Presidents have always chosen Supreme Court nominees who agree with their political beliefs. But they've gotten savvier about the selection process.