Why the Equal Rights Amendment Hasn’t Been Ratified Yet

Suffragist Alice Paul proposed the ERA in 1923. Congress approved it in the 1970s. So why isn’t the amendment part of the Constitution? 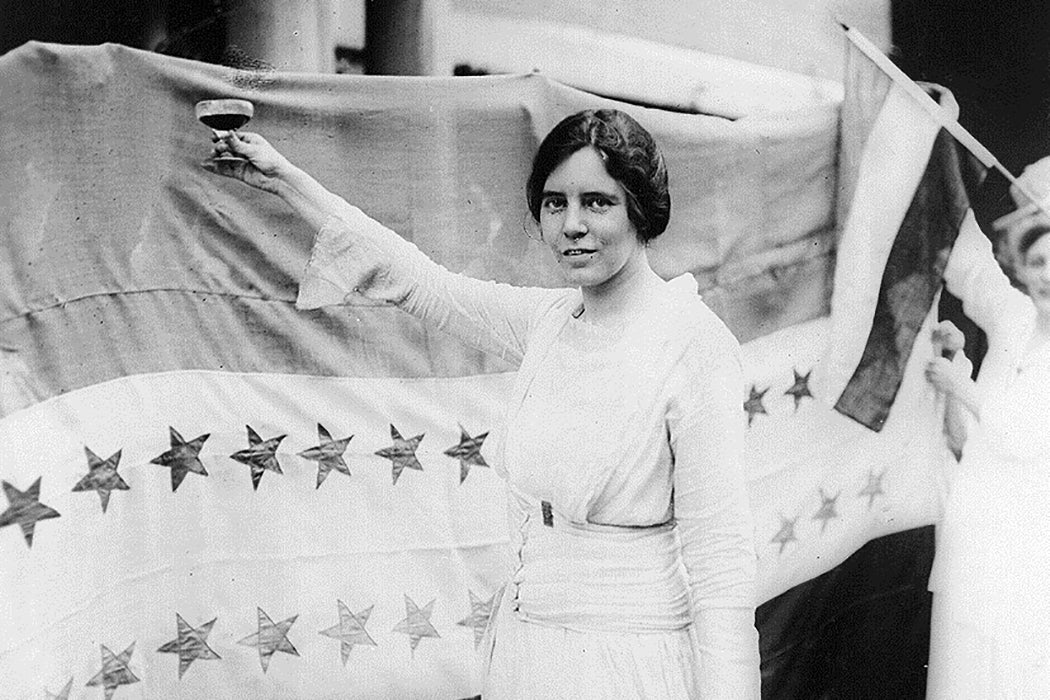 In May, the Illinois House of Representatives ratified the long-dormant Equal Rights Amendment. That means that, although that the deadline for ratification of the constitutional amendment has long since passed, there may be a legal case that Congress could put it into effect if one more state legislature agrees.

The ERA’s history goes back to the 1920s, when women’s rights organizers helped pass the 19th Amendment, winning women the right to vote. With that victory achieved, historian David E. Kyvig writes, the pro-suffrage forces immediately split into various factions.

In Kyvig’s analysis, there was a significant division among suffragists. On one side was the large group that focused on the protection of women and children—particularly through supporting temperance and opposing child labor. For the first group, part of the point of women’s suffrage had been to bring women’s moral authority to the public stage.

On the other side was a much smaller contingent that demanded legal equality for women. Leading this side was suffragist Alice Paul, who proposed the Equal Rights Amendment, which was first introduced in Congress in 1923. To Paul and her followers, any legal distinction between the sexes reinforced women’s status as second-class citizens. “Categorizing women as in need of special safeguards defined them as separate and inherently inferior,” Kyvig writes. “Advocates of complete equality felt that female protectionism created an uneven and destructive gender relationship.”

For more than fifty years, opposition to the ERA united traditionalists who wanted women to focus on the domestic sphere with activists who believed women’s particular physical needs, and particularly their childbearing role, entitled them to specific protections. When the ERA gained popularity after World War II, this alliance promoted the addition of language promising that the amendment “shall not be construed to impair any rights, benefits, or exemptions conferred by law upon persons of the female sex.”

Unwilling to enshrine protectionist language in the Constitution, equal rights advocates opposed the revised amendment, which ended up failing.

In the 1970s, Congress passed the amendment easily, but it faced a tough fight in state legislatures.

When the ERA finally came close to passage in the 1970s, it was thanks to the work of the National Organization for Women (NOW) and other women’s rights groups. These feminists generally believed that legal protections for women were either toothless or counterproductive, limiting the roles women could play in the public world. Congress passed the amendment easily, but it faced a tough fight in state legislatures.

Kyvig argues that supporters of the ERA had failed to contend with the persistence of both traditionalism and protectionism among state legislators, which opponents like North Carolina Senator Sam Ervin and right-wing lawyer Phyllis Schlafly appealed to. Kyvig writes, “When Ervin and Schlafly argued that social protections for wives, mothers, widows, and workers would be lost, they connected with an audience not entirely opposed to women’s rights but in many cases educated to believe that protective laws provided the best means of defending them.”

The renewed interest in the ERA today could be a sign that the notion of women as a class in need of special protections, rather than being equal to men, has finally lost some of its power.

Historical Misunderstandings and the Defeat of the Equal Rights Amendment
By: David E. Kyvig
The Public Historian, Vol. 18, No. 1 (Winter, 1996), pp. 45-63
University of California Press on behalf of the National Council on Public History