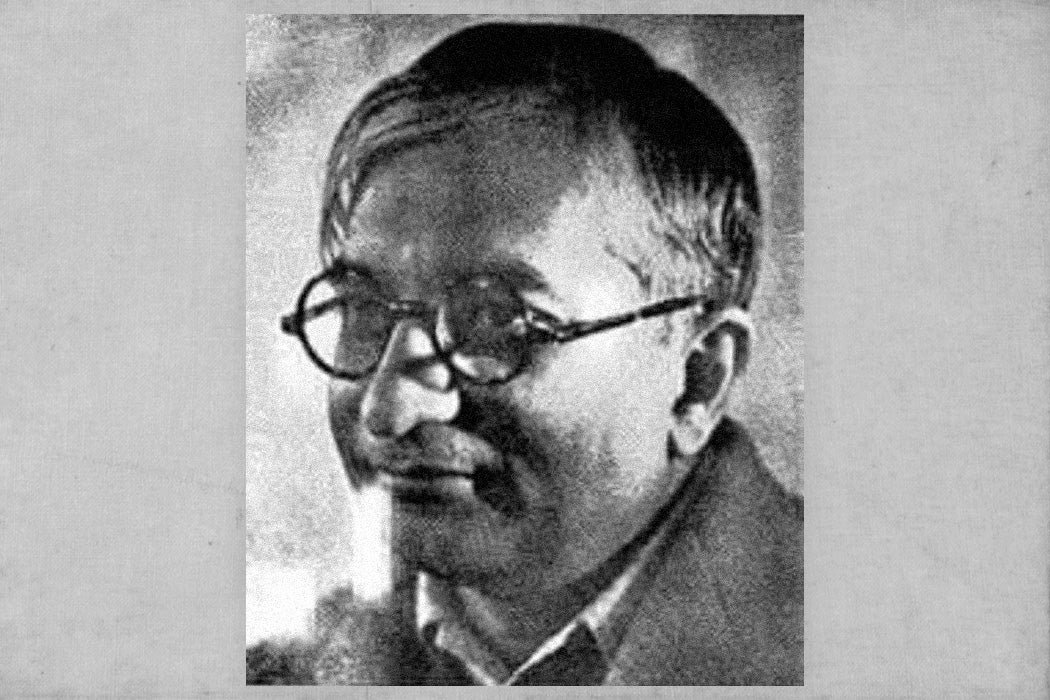 Seventy-five years ago this summer, India finally achieved independence from Britain after centuries of indirect and direct colonial rule. As public policy scholar Manish K. Thakur writes, the fight for independence wasn’t just about political power. It also involved efforts to promote and legitimize Indian culture, art, and economic systems, which the colonizers had deemed inferior to their western counterparts. Thakur examines the contribution to this work, both before and after independence, of economist and sociologist Radhakamal Mukerjee.

“For Mukerjee’s generation, nationhood did not come as a finished product,” Thakur writes. “It was something which had to be intellectually grasped before it could be politically possessed.”

Mukerjee was born in 1889 to a middle-class family in Bengal and became involved in a growing mass movement for education and literacy while he was still a child.

As a young man, Mukerjee studied and then taught sociology and economics. In 1921, he helped create the Department of Economics and Sociology at the then-fledgling University of Lucknow in northern India. In addition to academic work, he became part of numerous committees and commissions addressing issues from family planning to forestry policy.

Mukerjee wrote that British-style social science ignored “the lives and life-values, the experience of more than half the human race…”

From the start of his academic career, Thakur writes, Mukerjee described the danger of a “blind adoption of Western industrial methods” in India. He found the theories discussed in Indian economic classes mostly irrelevant to the nation’s economic reality.

Mukerjee was interested in the economic structures of Indian villages, including commonly owned and managed resources such as irrigation channels and pastures, as well as mutual aid systems for organizing work on large projects. He argued that these communalistic structures arose due to unique geographical and ecological conditions, with support from India’s moral and ethical norms. And he wrote that English-style industrialism had wreaked havoc on the Indian system of village-based economies, moving people from rural areas to overcrowded, squalid cites.

Thakur writes that Mukerjee also found the focus on the individual that pervades European ideas of economic and political relationships inappropriate for India and other Asian societies. He wrote that British-style social science ignored “the lives and life-values, the experience of more than half the human race… which are in essence not less real and significant than the Graeco-Roman-Gothic consciousness.”

And, overall, Mukerjee argued that western social science was too focused on the Darwinian idea of individual competition rather than on mutual cooperation of large groups. At the same time, he rejected Marxist views that depended on a universal trajectory of human societies and on class conflict over resources. He pointed instead to the Indian concept of the sangh, or collectivity, which he argued is based in spiritual, rather than material and hedonistic, concept of human relationships.

Thakur writes that Mukerjee, and most other independence-minded Indian scholars of his time, sought neither a return to the past nor an embrace of “western progress.”

“The point is that the tradition they wished to belong to was not a pristine and pure tradition but a newly created tradition,” he writes.