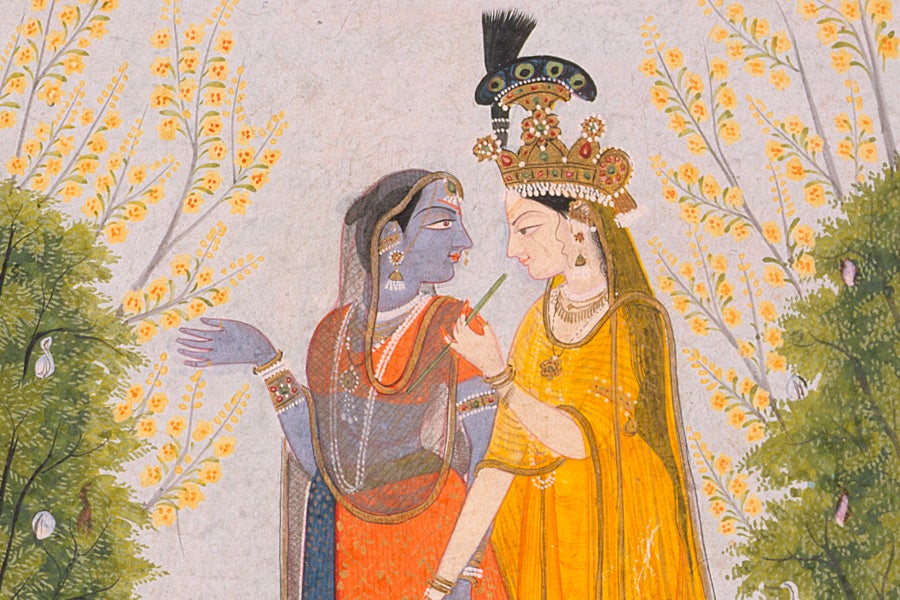 Many religious traditions have clearly defined gender roles. But to some, a strict border between genders is an impediment to spiritual practice. South Asian studies scholar Carola Erika Lorea describes one setting in India where the crossing of gender lines is crucial to religious practice: several Bengali religious lineages. (Lineages are paths by which religions are passed down from an origin, such as the way Buddhists trace their teachings back to the Buddha himself.)

Lorea conducted four years of fieldwork and research, studying overlapping religious and musical traditions. These included people who described themselves as Baul (bards with a mix of Sufi, Buddhist, and Hindu influences) and Fakir (Muslim mystics), who both share songs and religious traditions. Most practitioners come from low castes and face marginalization from the majority Hindu and Muslim religious establishments in Bengal. Many earn a living as musicians or as farmers, small-business people, or beggars.

The lineages understand the cosmos through pairs of opposite essences, including male and female essences responsible for reproduction, semen, and uterine blood. This helps account for the lineages’ complex expression of gender.

“While in the animal world of common men fecundation is achieved through the secretion of the male seed in the female’s womb, in the upside-down yogic world of Baul practitioners it is the female secretion that is absorbed and drawn upward into the body of the male,” Lorea writes.

Baul and Fakir couples are not supposed to have children. Instead, men attempt to become symbolically pregnant, while some female practitioners are believed to achieve the end of their menstrual cycles before the normal age of menopause.

Songs and traditions urge male practitioners to “become a woman,” or to take on the role of Radha, Krishna’s female consort. Lorea writes that this is partly because the lineages view women as more complete than men and linked to the universal feminine creative force (though, she notes, that doesn’t always translate to a better position in society). Some male practitioners also see acquiring more femininity as a way of achieving balance, bringing them closer to the absolute godhead, which is seen as androgynous.

To do this, some practitioners perform female roles, wearing long hair, necklaces, and nail polish, and doing typically female work like chopping vegetables. Some also value taking in female substances, including through oral sex.

Lorea writes that religious practices related to shifting gender, sometimes through cross-dressing, have a long history in both Hindu and Sufi tradition. But over time, they became stigmatized and marginalized.

“The British image of the ‘effeminate Indian’ articulated by the colonizer and internalized by Indian intellectuals and reformers surely contributed to a new perception of the cross-dresser as an immoral and obscene figure,” Lorea writes. “Moreover, with new ideals of hyper-masculinity propagated during Indian nationalism, gynomimesis in Indian performative traditions—at least in high culture—slowly declined.”

Today, many in India view Baul and Fakir practices as sexual perversion in religious garb. And some observers may see them as a carnivalesque temporary inversion of roles. But Lorea argues that their real purpose is permanent transformation, which some practitioners describe as transcending gender and becoming fully human.