What constitutes adulthood has never been self-evident or value-neutral. Queer lives follow their own temporal logic. 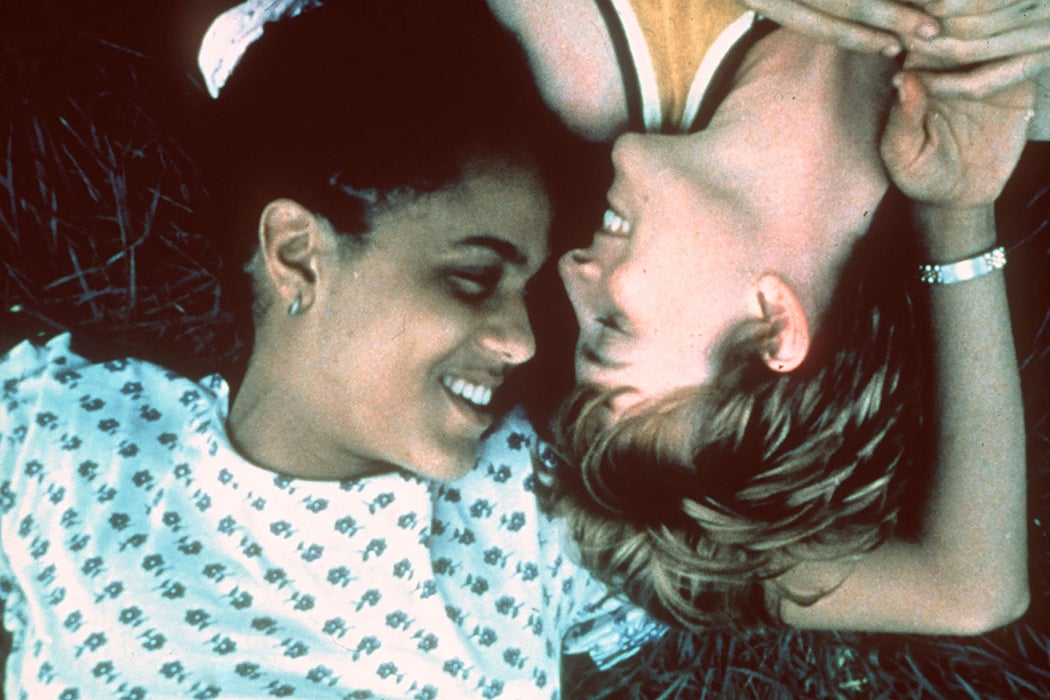 From The Incredibly True Adventure of Two Girls in Love
via Alamy
By: Sara Jaffe
7 minutes
Share Tweet Email Print

In its 2015 “word of the year” vote, the American Dialect Society shortlisted the verb form of “adult”—i.e., “adulting”—as one of the “Most Creative” new usages. The term’s emergence among Millennials speaks to a generational uncertainty about what it means to grow up—or rather, about the behaviors one associates with adulthood. This uncertainty manifests as a kind of self-consciousness about what the “right” age is to partner off, have kids, buy a house, settle into a career. The conversion of the noun into verb form implies that adulting is more performance than inevitability. In fact, books like Kelly Williams Brown’s Adulting: How to Become a Grown-up in 468 Easy(ish) Steps imply that adulting is a series of behaviors that can be chosen or learned.

Yet what constitutes adulthood has never been self-evident or value-neutral. If conventional markers of being an adult include getting a “real job” or purchasing property, for whom are those goals accessible? For whom are they a matter not of choice but of economic reality? In “Constructing Adulthood in an Age of Uncertainty,” the sociologist Jennifer M. Silva notes that in “the contemporary post-industrial world… traditional markers of adulthood have become tenuous.” She interviewed working-class young people in their 20s and 30s to explore how they’ve redefined adulthood in an era of declining economic opportunity.

Silva found that her respondents had constructed new markers for coming of age based on “self realization gleaned from denouncing a painful past and reconstructing an independent, complete self”—by overcoming addiction, say, or reframing trauma as leading to empowerment. It’s these personal milestones—and having their stories listened to and validated—that allowed Silva’s subjects to claim the “dignity and respect due adults.”

As for the conventional adult behaviors that remain a matter of choice, there’s a political valence to choosing differently. The sociologist Pamela Aronson suggests that the five “objective life events” still frequently used in mainstream discourse to measure the entrance into adulthood—“completing education, entering the labor force, becoming financially independent, getting married, and becoming a parent”—are based on outdated assumptions about class and gender. They fail to consider the ways in which, say, feminism, has played a part in whether young heterosexual women choose to delay marriage or dispose of it as a life goal.

Queer lives are notable for their lack of “chrononormativity,” starting in childhood.

These scholars both frame the disappearance of the conventional path into adulthood as a loss. But what about those for whom that path has always been illusory? In her novel Black Wave, set in the late 1990s, Michelle Tea writes, “It [was] so hard for a queer person to become an adult… They didn’t get married. They didn’t have children. They didn’t buy homes or have job-jobs. The best that could be aimed for was an academic placement and a lover who eventually tired of pansexual sport-fucking and settled down with you to raise a rescue animal in a rent-controlled apartment.”

It wasn’t just that the Defense of Marriage Act was in effect and fewer reproductive clinics welcomed non-heterosexual clients; the characters in Tea’s novel—and others who claim queer as a political identity—reject the heteronormative fantasy of adulthood. For them, conventional adulthood is not only inaccessible but undesirable. They thus develop a relationship to time itself that is decidedly queer.

Queer scholar Jack Halberstam’s 2005 book In a Queer Time and Place argues that “queer uses of time and space develop… in opposition to the institutions of family, heterosexuality, and reproduction.” Queerness itself is “an outcome of strange temporalities, imaginative life schedules, and eccentric economic practices.” It is inflected by time-warping experiences as diverse as coming out, gender transitions, and generation-defining tragedies such as the AIDS epidemic. That is, queerness is constituted by its difference from conventional imperatives of time.

The concept of queer time offers an alternative to the notion that one ought to discontinue particular practices or behaviors simply because one has “aged out” of them. In “Queer Temporalities and the Significance of ‘Music Scene’ Participation in the Social Identities of Middle-aged Queers,” the sociologist Jodie Taylor surveys 40-45 queer-identified participants in Brisbane, Australia’s queer, music-centered nightlife. Rather than strive toward the five “objective life events,” Taylor’s respondents continue to participate in conventionally perceived “irresponsible and thus less respectable” scene-related activities such as “organizing or attending dance parties and other music-related events, playing and dancing to music, sexual promiscuity, [and] recreational drug use.” Rather than offer self-conscious commentary about to what extent they were or weren’t “adulting,” they suggested that the yardstick of age-appropriate behavior was irrelevant in their social lives.

Queer people’s relationships to normative developmental timelines don’t come about simply because many skirt or shun heterosexual imperatives of marriage and reproduction. Queer lives are notable for their lack of “chrononormativity,” starting in childhood. In The Queer Child, or Growing Sideways in the Twentieth Century, the literature and gender scholar Kathryn Bond Stockton suggests that the very ways we understand “growth” are predicated on a legible and linear concept of maturation that many queer kids do not experience.

“Protogay” children often do not make sense of their desires, pleasures, or experiences as “gay” until they are older; Stockton writes, “Since they are ‘gay children’ only after childhood, they never ‘are’ what they latently ‘were.’ ” So what are gay children, when they are children? To some extent, Stockton argues, they are “ghosts,” unable to corporeally occupy who they may later find themselves to be. Unable to occupy the reproductive trajectories that are held up as the norm even for young children: “The child who by reigning cultural definitions can’t ‘grow up’ grows to the side of cultural ideals.”

It follows, then, that art and literature made by queer artists might explore, extol, or simply be the product of a queer relationship to time. In Tea’s Black Wave, despite the late-90s timestamp, the world is literally about to end—an apocalyptic retelling of the past, rather than the more typical future dystopia. In addition, we learn a little less than halfway through the book that the story we’re being told is not the “true” version of events. To honor the wishes of an ex who didn’t want to be written about, the novel’s narrator (named Michelle, like the author) shifts around the order of some encounters and events. She constructs the narrative so that she moves from San Francisco to L.A. alone, rather than with the ex, which is, we’re told, what “really” happened. Chronological porousness, reinvention, a present shadowed by apocalypse—these narrative characteristics also describe the life of the queer “non-adult.”

In Tea’s novel, being queer offers the possibility of a potentially liberatory relationship to time. But as Halberstam notes, the historical, political, and economic conditions that produce these “new temporal logics”—the AIDS epidemic, for example—do not offer the same “hopeful reinvention of conventional understandings of time” to populations that have always been considered “expendable.” Literature about AIDS by white gay men, for example, might foreground the shift in temporal thinking that comes about when one’s sense of the future is altered by friends’ early deaths. In contrast, Halberstam argues, “the premature deaths of poor people and people of color” in the U.S. is seen as simply “business as usual.”

Recent work by queer writers of color, such as John Keene’s Counternarratives, broaden how we might think about queer time.

Recent work by queer writers of color, such as John Keene’s Counternarratives, broaden how we might think about queer time. Keene’s story collection draws on the history of slavery and colonialism in the Americas in exploring how time acts on non-white queer bodies. The stories at once have the feel of historical documents and of contemporary innovative fiction that knows it is “performing” history, calling to mind queer theorist Elizabeth Freeman’s concept of temporal drag.

Perhaps queer time is also constituted by ambivalence. I recently re-read Oscar Wilde’s The Picture of Dorian Gray, and I was struck by how Dorian’s inability to physically age and his commitment to youthful hedonism might be read as an expression of queer time. Dorian is certainly not “adulting.” The literature scholar Elana Gomel notes that as time passes, his “frantic pursuit of sensation is accompanied by a progressive emotional and physical anesthesia. The more Dorian strives to experience anything at all, the less he is capable of it: ‘But I seem to have lost the passion, and forgotten the desire.’ ” Does Dorian wish somewhere in him to be allowed to be not necessarily “adult” or to physically age, but still be understood as older?

In part because of my gender presentation, personal style, and slight stature, I’m often read as younger than I am—sometimes much younger, as when, at 38, I boarded a bus to head to my professor job and the bus driver greeted me with, “Hello, little one.” There’s a latent homophobia to this mis-aging, a blinkered vision of what it means to “look one’s age.” Now I’m a parent, and, when I’m out with my child, the visual of “mom” seems to signal my adulthood. While I do go by “mom,” I don’t think what they’re seeing is what I mean when I claim it. To the well-wishers at the playground, I am, I suppose, “adulting,” yet queer time still clocks my sense of myself in the world. 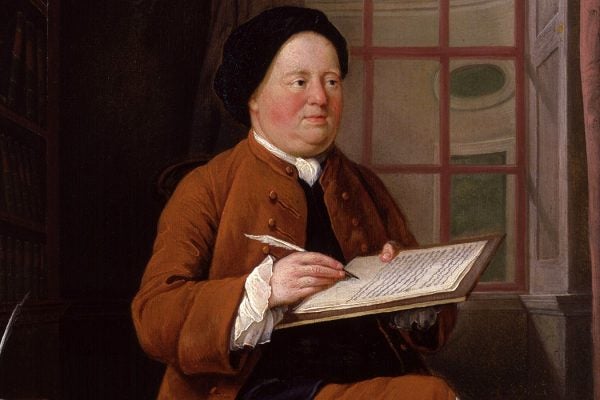 Samuel Richardson's Pamela, the first novel in English, astounded and terrified readers. Authors have striven for the same effect since.