Pssst, Crop Circles Were a Hoax

In the late 1970s, mysterious circular patterns started showing up in farm fields. 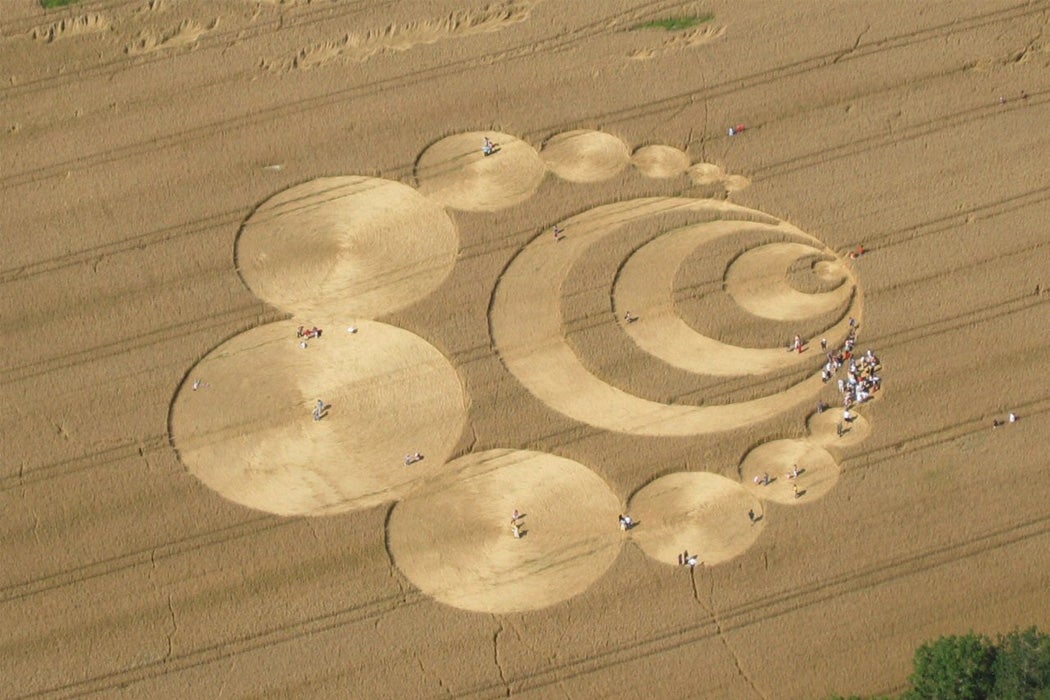 As the summer winds down and crops grow taller, many farmers supplement their income by using their cornfields for corn mazes. But for a period of time in the 1980s and 1990s, cornfields became known not for such seasonal entertainment but for a mystery: crop circles.

Crop circles were areas in fields where crops had been flattened in circular, geometric patterns. These patterns would appear mysteriously out of nowhere, usually overnight, especially in the UK, but later in parts of the U.S., Japan, and a handful of other places. The phenomenon had no known cause, baffling experts but providing plenty of work for producers of TV specials.

Despite all these efforts, investigators never succeeded in witnessing the formation of a crop circle.

According to Alun Anderson, writing in Science, the most outlandish explanations—aliens or magic—were mostly dismissed by serious investigators. Investigators also went to great lengths to rule out hoaxers, staking out fields or rigging potential circle targets with motion sensors and cameras. Despite all these efforts, they never succeeded in witnessing the formation of a crop circle. Some circles were clearly hoaxes, but others remained unexplained. In these cases, there must be some other, natural explanation.

Researchers assumed the crop circles were caused by a weather event, such as a localized whirlwind, electrical phenomenon, or some combination of the two. Proponents of this theory worked hard to fit observations to meet this hypothesis. The fact that circles started appearing in the U.S. in tornado-prone areas was seen as potential confirmation of the whirlwind theory. Some researchers went so far as to try and recreate these completely unknown weather patterns in the lab.

Reality ended up being brutally embarrassing to the crop circle research community. In the late 1990s, two farmers, Doug Bower and Dave Chorley, confessed to single-handedly starting the entire crop circle phenomenon in 1978 using ropes and a plank of wood. Others began coming forward, revealing innovative ways to sneak into even a guarded field undetected and rapidly flatten crops into a circle. It was all very low tech; most pranksters simply walked through dry fields when nobody was looking. Crop circle “experts,” reluctant to give up lucrative TV hosting gigs, resisted the hoax explanation but eventually had to concede that they’d been duped. Perhaps, like Fox Mulder, they wanted to believe. 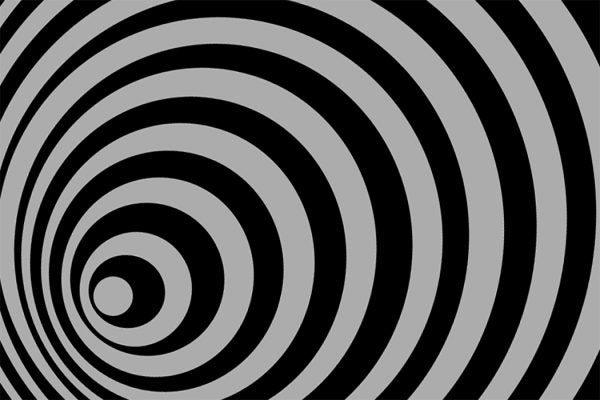 Rod Serling's The Twilight Zone stood out in the "vast wasteland" of television in the early 1960s and still resonates today.