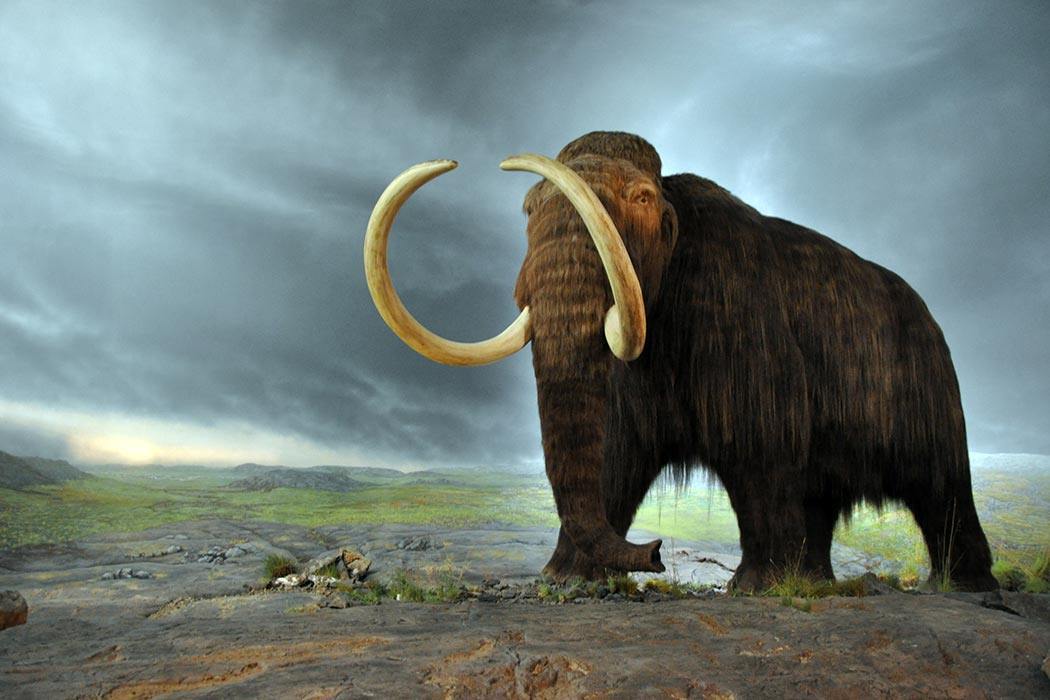 Paleoecologists have long wondered how the Pleistocene ecosystem was able to support such a variety of enormous herbivores. The answer, apparently, is that the herbivore population was kept in check by packs of enormous carnivores. It seems that the predator-prey relationships of the Pleistocene were a scaled-up version of a similar dynamic that still exists today.

In the modern era, there is abundant evidence that large herbivores can be kept in check by much smaller predators. Working in Quebec, Francois Messier and Michel Crête determined that wolves were a major force controlling North America’s largest deer, the moose. Weighing in at up to 1,500 pounds, moose are about 15 times the size of wolves. The more moose present, the more moose eaten; presumably it is easier for wolves to locate and identify a suitable moose when there are widely available. When fewer moose are present, wolves switched to smaller, less nutritious prey such as beavers or woodchucks. In some cases even fruit.

The moose-wolf relationship is a perfect example of the ebb and flow of predator-prey dynamics, and was likely similar to the situation in the Pleistocene.  However, both Pleistocene predators and prey were scaled up. A lot.

Just how large were Pleistocene animals? Herbivore skeletons are more complete, but for carnivores, the most common fossils are mandibles or teeth. Their total size is difficult to estimate based on the animal’s jaws alone. However, a 2001 PNAS paper was able to compile some of the best available estimates. Wooly mammoths, for example, at about 6 metric tons, were roughly the same size as African elephants (4- 9 tons).

However, the next largest land herbivores today are considerably smaller (giraffes are less than 2 tons) than what roamed during the Pleistocene. The elephant-like gompotheres weighed more than 4 tons.

In the other corner, you had a variety of enormous cats. The extinct American Lion weighed up to 430kg, compared to 250kg for a large African Lion. The slightly smaller Smilodon weighed in at 390kg, also much larger than a lion, and came equipped with huge sabre-like canines. To put it in context, a 6 ton elephant is about 24 times the size of a large African lion. A 6 ton mammoth was less than 14 times larger than an American lion. An encounter between a mammoth and a pride of massive American lions would have been deadly.

As the moose-wolf example illustrates,  population control is a side effect of the inherent difficulty of hunting. Predation of large, active prey is difficult, and only worth it when prey is abundant; those times of abundance are precisely when the population would need to be controlled. When prey decline, predator populations drop. Thus, population control works both ways and size is relative.

Dinosaurs, Dragons, and Dwarfs: The Evolution of Maximal Body Size
By: Gary P. Burness, Jared Diamond and Timothy Flannery
Proceedings of the National Academy of Sciences of the United States of America, , Vol. 98, No. 25 (Dec. 4, 2001), pp. 14518-14523
National Academy of Sciences
Moose-Wolf Dynamics and the Natural Regulation of Moose Populations
By: François Messier and Michel Crête
Oecologia, Vol. 65, No. 4 (1985), pp. 503-512
Springer in cooperation with International Association for Ecology 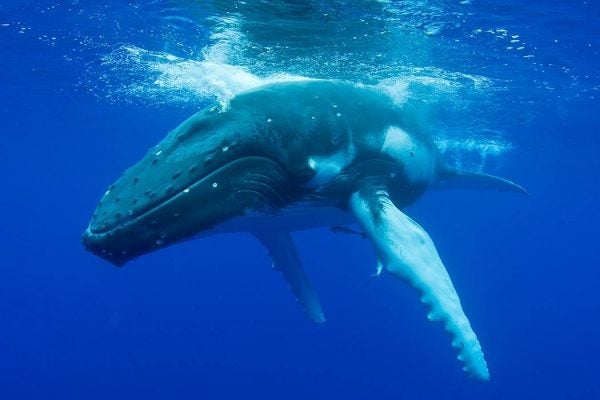 The Importance of Whale Poop

Whales are an important part of ocean biodiversity. So is their poop.