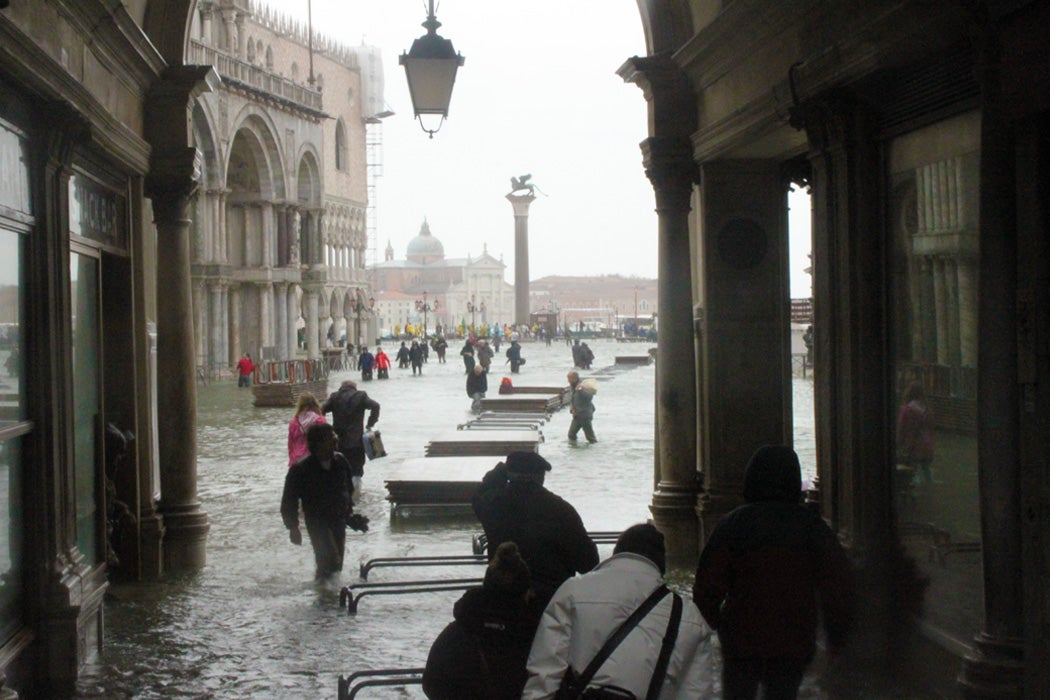 Most urbanites outside of major earthquake zones assume their cities are physically stable. As it turns out, that’s not always true. In many parts of the world, subsidence (or the gradual sinking of land) occurs naturally. The effect is exacerbated in urban areas, according to researchers Robert Dolan and H. Grant Goodell, due to the sheer weight of cities.

Buildings, sidewalks, and infrastructure all place a tremendous weight directly on a city’s geological footprint. Cities often develop organically from small farming or fishing settlements that grow over time into large urban centers. The soil and sediment supporting the cities may have been just fine for small villages, but the added weight of an urban environment can literally compact the sediment, forcing the city downwards.

Cities that have grown rapidly, such as Shanghai, Tehran, or Mexico City, have subsided considerably as a result of groundwater withdrawal.

Many of the world’s sinking cities, such as Tokyo or New Orleans, are built in low-lying marshes, flood plains, or river deltas, where soft sediments are unable to fully support the weight. As the sediment compresses, water and gas are forced out, increasing the rate of subsidence. This problem is exacerbated by deliberate groundwater or oil/gas extraction for human use. As the water draws down, there is less internal pressure in the land to support the city. Cities that have grown rapidly, such as Shanghai, Tehran, or Mexico City, have subsided considerably as a result of groundwater withdrawal. The ancient city of Venice suffers a double whammy. Built on posts sunken into the muck of a lagoon, Venice was already sinking steadily when groundwater extraction intensified in the 1950s.

When the subsidence does not occur at a uniform pace across the city, the effects are like a low-intensity earthquake. Cracks, sinkholes, and other damage to infrastructure have occurred in Venice, Mexico City, and elsewhere. Injuries and even fatalities can result.

Add to subsidence the issue of sea level rise, and things get really dire. Natural subsidence due to tectonic activity is already common on coasts. Frequent flooding, salt intrusion into freshwater aquifers, and excessively wet soil are all possible impacts. Cities such as Shanghai and Venice have spent millions on flood protection infrastructure: Venice has been building a network of tide gates across its entire lagoon, with mixed success; Shanghai switched from using groundwater to using treated river water, slowing the rate of sinking. Despite these efforts, subsidence can only be slowed, never halted. Great cities will continue to sink, with expensive consequences. 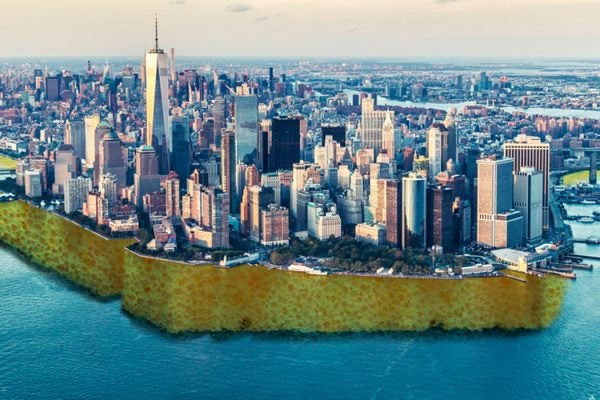 How to Build a City That Doesn’t Flood? Turn it Into a Sponge City

Cities encourage potentially devastating floods by laying down asphalt and pavement. Could this be avoided by making them "spongier" and more absorbent?