Opium has been used as a medicinal and recreational substance in China for centuries, its shifting meanings tied to class and national identity. 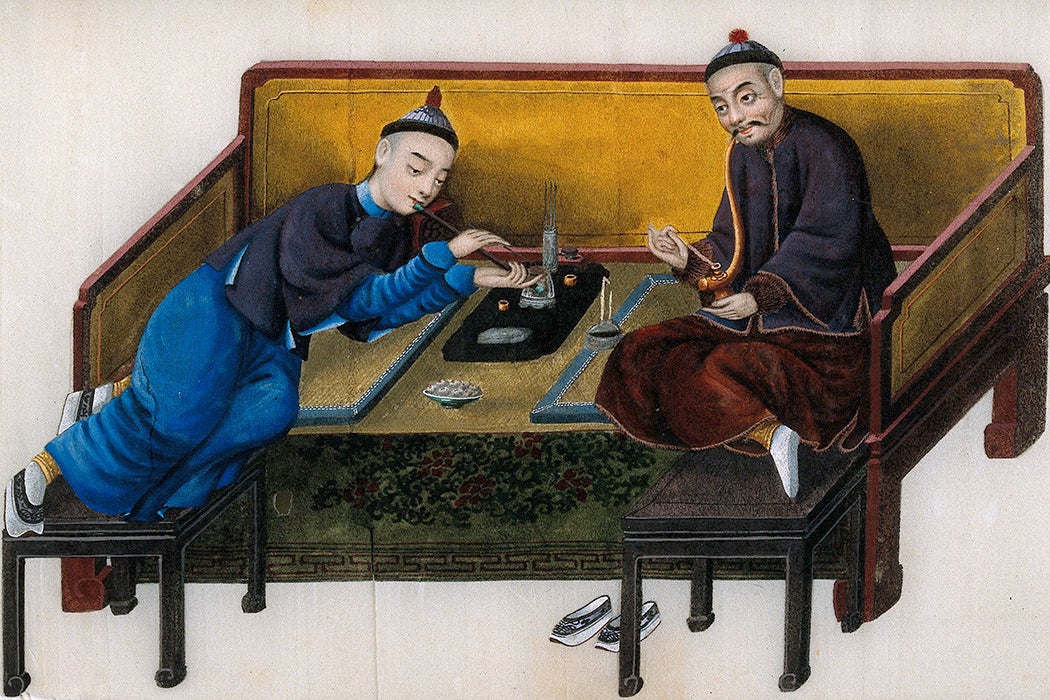 Opium has a complicated global history as a remarkably effective medicine and an instigator of moral panics. As historians Frank Dikötter, Lars Laamann, and Zhou Xun write, in China, this intersected with complex international and class politics.

Starting as early as the Tang period (618–907 CE), opium arrived in China by sea and caravan. Over centuries, it became a common medical treatment. But, the authors write, recreational smoking of opium only became a thing after Europeans introduced tobacco from the Americas to China in the late sixteenth century. Tobacco smoking and cultivation spread rapidly. Some doctors credited it with medicinal properties, including fighting malaria. Officials smoked and drank tea during meetings to stimulate their minds.

Like brewing and drinking tea, preparing and smoking opium involved a complex ritual.

Smoking opium, a far more expensive pastime that built on the smoking culture, was introduced to China by Dutch merchants in the seventeenth century. It became a luxury for the wealthy, usually smoked together with tobacco. But, by the nineteenth century, Chinese doctors were becoming concerned about the health risks of tobacco smoking, so people became more likely to smoke pure opium. Over these centuries, many people valued opium for its exotic association with Europe and as a status symbol perfect for social climbers. Like brewing and drinking tea, preparing and smoking opium involved a complex ritual. Wealthy families hired specialists to prepare pipes for their gatherings.

“By smoking opium, a high official or wealthy merchant took pleasure in displaying his privileged social position,” the authors write.

In the early nineteenth century, the drug became more accessible to ordinary people, who enjoyed it as part of social occasions either at home or at opium houses. But this popularization of the drug soon became a scapegoat for larger political and economic problems facing China. Dikötter, Laamann, and Xun argue that bans on opium smoking at this time “had little to do with its pharmacological effects. The imperial government was far more concerned with its social consequences among politically ‘dangerous’ groups.” By the time the first Opium War began in 1839, the government had connected opium with deviant behavior and foreign threats.

Nonetheless, people of all classes kept using opium. The second Opium War ended in 1860, with China forced to agree to an unequal trading arrangement with Europe including continued importation of opium. After that, opium prices declined and the market became increasingly segmented. Elites generally chose the expensive stuff, often imported from India. The middle class could get cheaper opium from Sichuan, and the poor were left with dross—essentially a waste product from boiling opium.

The changes Europe forced on China’s economy also pushed many people to leave the declining rural areas for coastal cities. This led to the growth of opium houses that offered migrants cheap places to stay. Here, smoking provided relief from stress, boredom, and hunger.

Things changed again in the early twentieth century. The government stepped up efforts to suppress opium smoking, driving the drug’s price too high for many people. But opium smokers soon found alternatives in the form of new drugs from Europe: morphine and heroin. 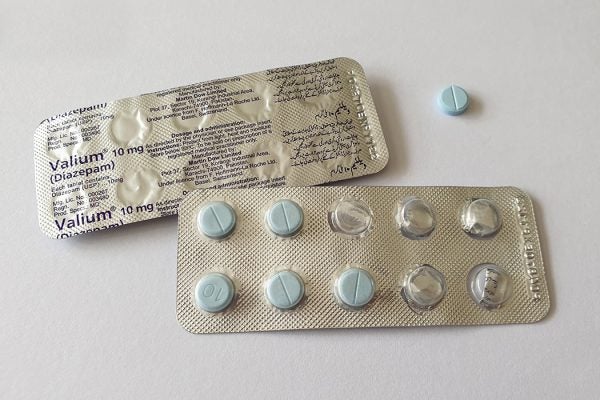 Just Saying No To Valium

Ninety million bottles of Valium were dispensed yearly in the U.S. during the mellow Seventies. What happened?