Madeira is famous for its wine and scenery today, but in the 15th century it boomed and then busted as the sugar capital of the world. 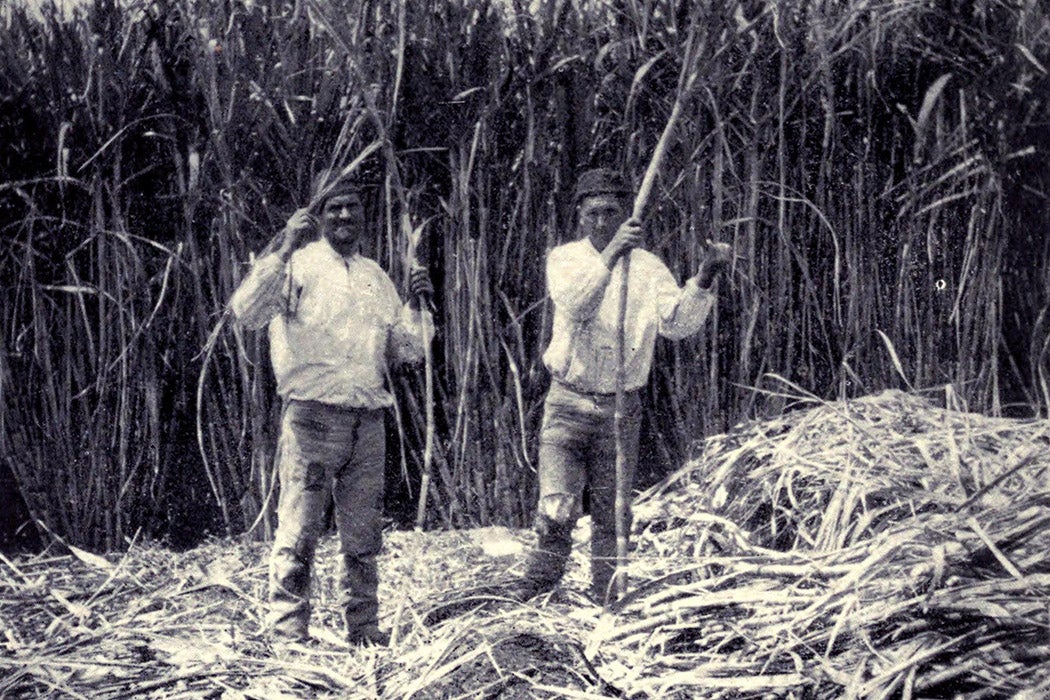 Madeira is known today for its wines and tourism, but visitors may little suspect it was one of the birthplaces of capitalism. According to some historians, the “commodity frontier,” ever moving on as land is stripped of nutrients and wood is cleared, began on Madeira. Indeed, one of the adventurers who learned the ropes of cash-in/cash-out via the brutality of slavery on the island was Christopher Columbus, who already had his eyes trained further west.

The boom-bust-relocate pattern pioneered on the island was the template of what historians call the “world-ecology of capital.” Jason W. Moore characterizes this system as a merging together of “the production of nature, the pursuit of power, and the accumulation of capital as an organic whole,” a social system that colonizes the very earth itself. It was a system that moved beyond its European roots into the New World, Asia, and Africa.

As Moore details it, this was the first great boom and bust of emergent capitalism.

Madeira, 560 kilometers due west of Morocco, is 741 square kilometers in size. Portuguese colonization begin there in 1420. The richly forested and uninhabited island was first seeded with cows, pigs, and sheep, who began the process of changing the landscape through grazing. The island was named for its timber (madeira), which became the first export. Grain grown for Portugal replaced the forests. This was, Moore argues, an essentially medieval economic transaction, unchanged from the Roman Empire’s day: basic commodities sent back to the colonial center.

But by the 1490s, Madeira was part of a new Mediterranean-European economic system, policed by the Portuguese crown and funded by bankers in Genoa and Flanders. Slaves from the Canary Islands and mainland Africa were used to dig 2,100 kilometers of irrigation canals for the burgeoning sugar industry that fed the sweet tooth of Portugal and the rest of Europe. Within a few decades of its discovery, tiny Madeira was out-pacing all other places of European sugar production.

As Moore details it, this was the first great boom and bust of emergent capitalism. In 1472, “the island exported 280 tons [of sugar], peaking at nearly 2,500 tons in 1506;” yet by 1530, output had fallen back by nearly 90%. “To say sugar is to say deforestation,” writes Moore, noting that only metallurgy devoured forests as quickly as sugar: one “pound of sugar required no less than 50 pounds of fuelwood (and this is a conservative estimate).” By the 1530s, there just wasn’t enough accessible wood on Madeira to feed the boilers. (The island’s very steep topography did keep some old growth inviolate.) And by 1560, wine had replaced sugar as Madeira’s most famous export. Wood for wine casks had to be imported from New England as early as the seventeenth century.

What Moore calls “a civilization that joins the endless conquest of nature and the endless accumulation” was born on Madeira. It was all so much vaster and faster than anything known in the Middle Ages. In the feudal era, “commerce followed people” who settled in new areas. After 1450, “people followed the commodity”—often unwillingly, since this kind of production depended on millions of slaves.