Many people assume that strong movements for minority rights provoke backlash at the polls. But some scholars have doubts. 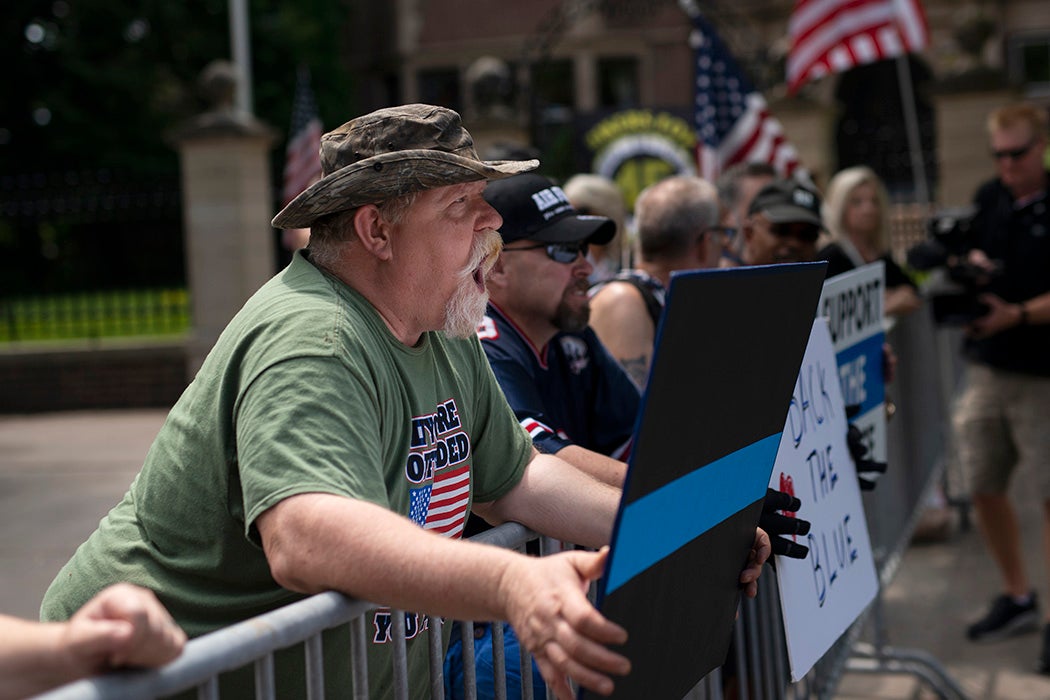 Pro-police demonstrators argue across a temporary barricade during a protest outside the Governors Mansion on June 27, 2020 in St Paul, Minnesota.
Getty
By: Livia Gershon
3 minutes
Share Tweet Email Print

Could this summer’s protests against racism and police violence lead to a backlash by white voters in November? Since the 1960s, U.S. discourse on protest has often focused on backlash—the idea that movements for the civil rights of minorities like Black or LGBTQ people will cause the majority demographic groups to push in the opposite direction.

In a 1965 issue of American Speech, Felice A. Stern reported that the word “backlash” started appearing in U.S. publications early in the 1964 presidential cycle. Often, it showed up in articles about the campaigns of Barry Goldwater and George Wallace. In September 1964, an article in Look explained that political commentators borrowed it from sports fishing, where “backlash” refers to a lure swinging back toward the angler, tangling the line.

Since the majority of white voters in Mississippi had never supported equal rights for Black citizens, he said, it should be called a “forward lash.”

“Transferred to the world of politics, the white backlash aptly describes the resentment of many white Americans to the speed of the great Negro revolution, which has been gathering momentum since the first rash of sit-ins in early 1960,” Look explained.

But as S.J. Sackett wrote in the same issue of American Speech, there was at least some criticism of the term. During the Democratic Convention in August, Dr. Aaron Henry, chairman of the Mississippi Freedom delegation, objected to a media question about a “white backlash.” Since the majority of white voters in Mississippi had never supported equal rights for Black citizens, he said, it should be called a “forward lash.”

If, as the political scientists’ research suggests, backlash in public opinion isn’t really a thing, why do we talk about it so much? Bishin and his colleagues write that observers may assume that anti-minority political actions represent a backlash against civil rights victories, even if they would have occurred anyway.

“That is, opinion backlash may mistakenly be used to describe existing negative opinion rather than opinion change in response to a salient event,” they write.

So Dr. Henry might have been right. Perhaps we should think of political opposition to same-sex marriage or anti-racist politics as a forward lash.